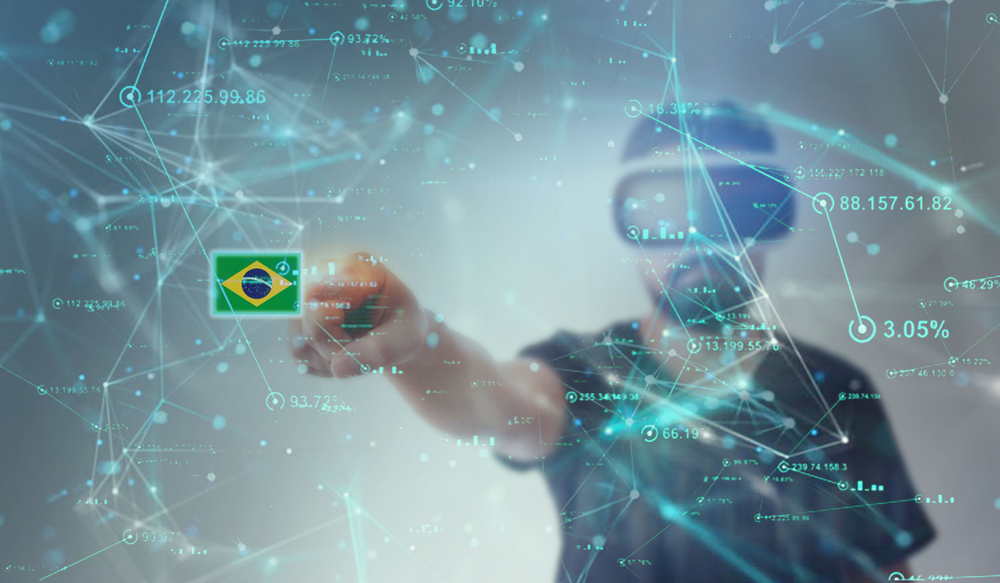 A recent study by the University of California, Irvine (UCI) explored the effects of consuming negative news. The more a person reads bad news, the more likely he or she is to become sad and anxious. In Brazil, with a national unemployment rate of 12.4 percent in the first quarter and repeated reductions to the GDP growth estimates for 2019, pessimism could be predominant.

However, Brazil is experiencing a boom in entrepreneurship related to tech, digital and scientific development. The country already has six “unicorns”—companies with market values above USD 1 billion—99, PagSeguro, Nubank, Stone Payments, Movile, and iFood. This is as many as France, and just one off Germany’s total of seven unicorns.

</span></p> <p><span style="font-weight: 400;">And that&#8217;s just the tip of the iceberg. The 11th Annual Report of the Latin America Private Equity and Venture Capital Association (LAVCA) illustrates a much broader reality. The survey shows that venture capital investments in Brazil quadrupled between 2016 and 2018, from USD 500 million to USD 1.98 billion. Investors are betting on and supporting the development of new startups and innovative companies in Brazil.</span></p> <p><script src="https://www.buzzsprout.com/299876/1079111-10-innovation-in-brazil.js?player=small" type="text/javascript" charset="utf-8"></script></p> <h2>Corporations spying opportunities</h2> <p><span style="font-weight: 400;">Large companies are contributing to this dynamic. Some of them understand the opportunities available and want to seize them by promoting events dedicated to innovation, such as the “Engie Brazil Innovation Day” or the “Petrobras Distribuidora Startups Challenge.”</span></p> <p><span style="font-weight: 400;">Others go as far as creating their own spaces dedicated to innovation and entrepreneurship, such as Cubo Itaú or Habitat Inovabra from Bradesco. Finally, the opening of the L&#8217;Oréal research and development center and the partnership between Uber and Embraer is further evidence that Brazil is an attractive country and that some companies believe in it.</span></p> <p><span style="font-weight: 400;">These developments are fueled and enabled by scientific development that allows for sustainable growth in the medium and long term. In 2014, Artur Avila won the Fields Medal (often described as the mathematician&#8217;s Nobel Prize), which helped Brazil join the group of elite countries in mathematical sciences in 2018. </span></p> <h2>Official agencies get in on the act</h2> <p><span style="font-weight: 400;">Institutions are also doing their part to contribute to the strengthening of a more tech-savvy Brazil. In order to do so, many use tools similar to those of big companies, creating spaces of approach and dissemination of knowledge such as the Casa Firjan in Rio de Janeiro; developing structuring plans such as the BNDES IOT (Internet of Things) project, or carrying out essential research, such as the &#8220;Industry Opportunities for Industry 4.0&#8221; study of the National Confederation of Industry (CNI).</span></p> <p><span style="font-weight: 400;">But not everything is just charm. The BNDES study &#8220;Vision 2035: Brazil, a developed country,&#8221; like other research in this area, points to the lack of skilled labor in the country as a great risk factor. This aspect would make the development of Brazil difficult, although even this deficit could be seen as an opportunity.</span></p> <p><span style="font-weight: 400;">Strengthening the ecosystem is a necessary condition for the success of this digital and technological transformation. This has propelled the creation of the <a href="http://bit.ly/Futuro_THEBRAZILIANREPORT">.Futuro conferences</a>, which bring together startups, tech companies, academia, institutions, and businesses in transformation to think about and experience the future. Because, as Peter Drucker would say, &#8220;the best way to predict the future is to create it.&#8221;

The rise of tech events in Brazil

Xavier Leclerc is a partner at MOX Digital, a company focused on creating B2B events on innovation, technology, and digital transformation.