Six years on, Brazil-China Fund yet to back a single project 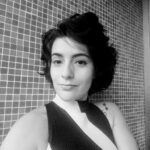 Announced with great fanfare six years ago, the Brazil-China Fund has yet to finance a single project with the USD 20 billion it has at its disposal. The fund is struggling to attract any market interest, which analysts put down to fluctuating exchange rates, a high degree of bureaucracy, and scant interest from the Brazilian government.

Brazil and China announced the fund’s creation in 2015, as the latter needed to export its surplus industrial capacity and had the cash to do so in strategic locations. Chinese authorities traveled the world that same year, inking deals with the European Union,...