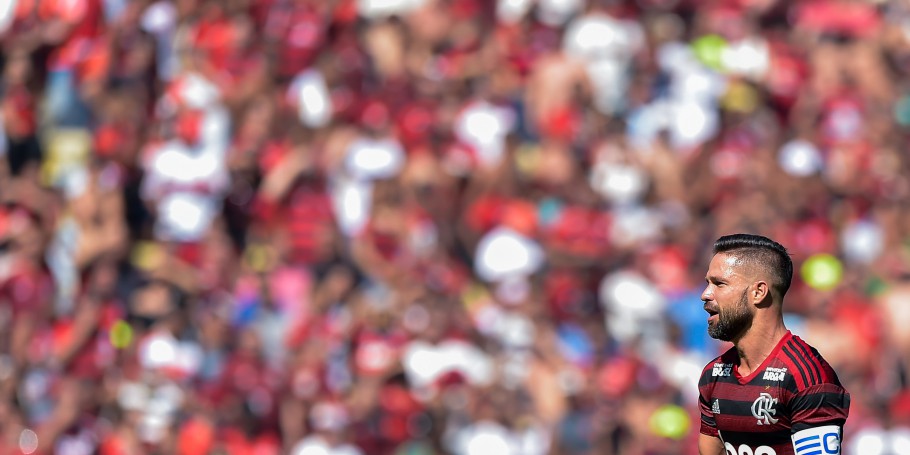 Welcome to the Brazil Sports newsletter. The Brazilian football league is back—and some major teams have hefty schedules ahead of them. VAR, the Video Assistant Referee, continues to draw attention for all the wrong reasons. Neymar has renewed problems with tax authorities. And Brazil’s men’s volleyball team disappoints in the Nations League. Happy reading!

The Brazilian football league is back

After a one-month hiatus due to the Copa America, Brazilian clubs are back in action. And for five teams (Palmeiras, Flamengo, Athletico-PR, Cruzeiro, and Grêmio), the next few weeks will be a test of endurance. Teams will compete in Serie A at the weekend, while alternating between Copa do Brasil and Copa Libertadores games midweek.

Earlier this month, we explained how Brazilian football fans’ number one interest is usually their own clubs. As local football gets back to action, this is reflected in the stands. The latest Copa do Brasil games drew crowds 10 percent bigger than the Copa America—an average of 33,554 paying fans per game. In the Serie A, teams are drawing the biggest crowds in 32 years—about 19,000 per game. The listing at the bottom features the teams most capable of filling up their stadia.

VAR, what is it good for?

VAR—the Video Assistant Referee—has been a novelty in the 2019 season of Brazilian football. And, so far, it has drawn plenty of attention. While delays have irritated fans, the biggest problem is that VAR has not fulfilled its very goal: to reduce the number of incorrect calls.

This weekend, VAR botched calls in at least two games: Corinthians v. CSA, and Grêmio v. Vasco. In the first game, an obvious penalty (gif below) for Corinthians wasn’t given. As the home team won, the mistake was not of major consequence.

That wasn’t the case in the latter game. Winning 1-0 early in the second half, Vasco scored a second goal—only to have it annulled due to a foul-that-wasn’t by a Vasco player, after checking the video replay. After that, Grêmio managed to come from behind to win 2-1. For a team fighting relegation, the officials’ mistake could end up being crucial for Vasco.

But VAR in itself is not necessarily the main problem. It has worked reasonably well in competitions like the 2018 World Cup or the latest UEFA Champions League. In Brazil, though, it has highlighted something football fans have known for a while: Brazil’s refereeing is abysmal.

CBF, the institution governing Brazilian football, defends the use of VAR in the Serie A. Refereeing director Leonardo Gaciba presented a report stating that 97 percent of decisions made by the men with the whistle were correct. But CBF hardly has any credibility with the fans to convince them of VAR’s use.

35 million reasons to stay in Paris

Brazilian forward Neymar has hardly tried to be discreet about his wishes to leave Paris Saint-Germain and move back to Barcelona, after two somewhat underwhelming seasons. The player joins his teammates for pre-season today, but decided to take a shot at his employers this past weekend. Neymar said his best career moment happened when he led Barça to deliver PSG’s most embarrassing defeat to date: a 6-1 torching in the 2016-2017 UEFA Champions League. Awkward.

But Neymar’s return to Spain might not be so smooth. For one, PSG is willing to play hardball, and it would take a king’s ransom to take him away from the Parc des Princes—as it did to get him there in the first place. Also, Barça’s attack is already very well-equipped, with France’s Antoine Griezmann joining the team for EUR 120 million. And, according to newspaper Mundo Deportivo, Spanish revenue authorities have detected irregularities with Neymar’s tax returns in the year of his transfer to France: the player would owe EUR 35 million in taxes.

In the past few years, Spanish authorities have tried to crack down on star players’ tax transgressions. Lionel Messi and Cristiano Ronaldo are two examples of players who had to pay hefty fines for allegedly evading their dues.

This would not be Neymar’s first encounter with tax authorities. In 2016, he was found guilty of tax fraud and sentenced to pay BRL 188 million—but the case is still ongoing. Brazilian revenue services also tried to get a hold of BRL 69 million of unpaid taxes related to his transfer from Santos to Barcelona, in 2013.

Copa do Brasil. On Wednesday, all four quarter-final, second-leg Copa do Brasil matches will be played—with three contests still competitive. Palmeiras holds a slim 1-0 advantage against Internacional. Bahia and Flamengo can qualify on away goals with a simple nil-nil draw, after getting 1-1 away results against Grêmio and Athletico-PR, respectively. The exception is Cruzeiro v. Atlético Mineiro (the Belo Horizonte derby), where the former’s 3-0 first-leg victory should make the return leg a bit of a formality.

Judo. Brazil finished second in the medals count at the Budapest Judo Grand Prix, with two gold and two silver. The highlight was Mayra Aguiar’s win against Japan’s Ruika Sato, in the heavyweight division (+78kg), a result which pushed the Brazilian judoka into the lead in the world ranking in her category.

Volleyball. Despite being up two sets to one and leading in the 4th set, Brazil succumbed to the U.S. in the semifinals of the Nations League Finals, in Chicago. The pivotal moment was when the Americans changed their serving strategy, replacing strength for a floating serve, to which the Brazilians had no response. In the bronze-medal match, Brazil was overwhelmed by Poland, losing 3-0. In the final, Russia won 3-1 against the hosts. The Brazilian team now focuses on the 2020 Tokyo Olympics qualifiers, to be played in August.

Tokyo 2020. After a fifth place in the FINA World Aquatics Championships, Brazilian swimmer Ana Marcela Cunha secured a spot in next year’s Olympics. With the result, the Brazilian delegation now has 37 confirmed athletes. Japan, the host nation, has 267, and is followed by the U.S. (95), France (51), Great Britain (49), and China (46).

Pricey. Flamengo announced on Friday the hiring of midfielder Gerson from Roma, for EUR 11.8 million (or BRL 49.7 million). This makes him the third most expensive player ever purchased by a Brazilian club, only behind Giorgian De Arrascaeta (also purchased by Flamengo earlier this year, for BRL 63.7 million), and Carlos Tévez (purchased by Corinthians for BRL 60.5 million in 2004).

Goal of the week

This week’s selection is worthy not for its beauty, but for its zaniness. Palmeiras goal to tie the score against São Paulo was as odd as it gets. The ball hits a defender, before hitting the post and then bouncing off the back of goalkeeper Tiago Volpi into the net. Impossible to replicate.

What are Brazil football’s “state championships”?