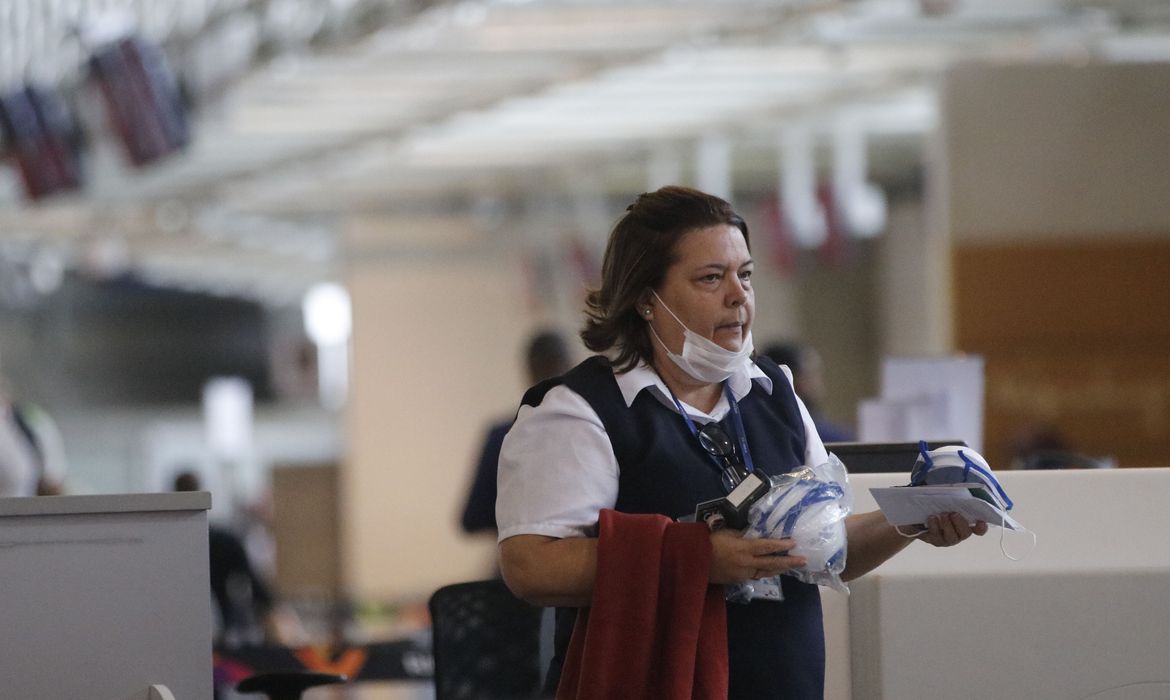 As the effects of the coronavirus pandemic begin to affect the everyday lives of Brazilians, the country’s authorities are weighing in with measures and protections to attempt to control the spread and prepare for an incoming health crisis. However, as Brazil’s government works in a federal system, with a significant degree of decision-making power delegates to the country’s 27 states and over 5,000 municipalities, the response to the Covid-19 outbreak has differed across the nation.

On Thursday, Brazil’s Health Ministry issued an ordinance with a number of rules to guide the procedures concerning isolation and quarantine around the country. Among the provisions, the ministry stated that tests and treatment for the virus may be made mandatory.

determination of the Health Ministry involves the appropriation of assets of companies and individuals to assist in combating Covid-19, in return for &#8220;<a href="http://www.in.gov.br/en/web/dou/-/resolucao-normativa-rn-n-453-de-12-de-marco-de-2020-247799935">fair compensation</a>.&#8221; While this initially appears to be a reference to private hospitals, with the government being able to use their facilities in a potential overflow of patients, the mention of individual assets leaves the door open to a number of extreme measures, such as using privately owned land or property to house patients.</p> <p>The Economy Ministry has also jumped into action to try and soften the blow for Brazil&#8217;s most vulnerable populations. Pensioners will receive an advance on their Christmas bonuses, and those receiving retirement benefits will not have to submit proof of life for at least 120 days. Priority tariffs will be put in place for the import of medical products used to combat the pandemic.</p> <div class="flourish-embed flourish-chart" data-src="visualisation/1541240"><script src="https://public.flourish.studio/resources/embed.js"></script></div> <h2>São Paulo, Brazil&#8217;s &#8216;Covid-19 epicenter&#8217;</h2> <p>While cases of the coronavirus in Brazil have not reached the levels seen in many Asian and European countries, the overwhelming majority of positive Covid-19 tests have come in the country&#8217;s most populous state and economic engine, São Paulo. Of the 150-plus confirmed cases so far, at least 120 are in the Southeast state.</p> <p><a href="https://brazilian.report/power/2019/05/31/brazil-social-democracy/">State Governor João Doria</a> has spoken of the need to &#8220;avoid panic,&#8221; and made its first move on Thursday by adding 1,000 new hospital beds to intensive care units around the state, announcing the purchase of new equipment and medications, as well as hiring additional staff.</p> <p>Six hundred of these new intensive care vacancies will be deployed in the city of São Paulo, and the other 400 will be distributed around the state.</p> <p>The São Paulo government has advised hospitals to suspend all elective surgeries.</p> <p>Regarding major public events, João Doria has declared that cancellations will be left up to organizers and companies, reinforcing that &#8220;there is no need to panic in the state of São Paulo.&#8221;</p> <p>After reports of a confirmed coronavirus infection in the geography faculty of the University of São Paulo, state administrators are discussing the possibility of suspending lessons and closing the university.</p> <h2>Capital taking action</h2> <p>In the Brazilian capital of Brasília, the local government has taken more <a href="https://g1.globo.com/df/distrito-federal/noticia/2020/03/12/ibaneis-altera-decreto-para-novo-coronavirus-e-recomenda-distancia-de-1-metro-entre-pessoas-no-df.ghtml">drastic measures</a>. All events with more than 100 people have been canceled, and schools and universities within the Federal District will close their doors until further notice. Governor Ibaneis Rocha also advised restaurants and bars to alter their seating plans to allow patrons to remain two meters away from each other to avoid transmitting viruses.</p> <p>Health Minister Luiz Henrique Mandetta criticized Mr. Rocha&#8217;s decision, suggesting it was exaggerated.</p> <p>&#8220;So you send the kids home from school, their parents are working, who takes care of them? Their grandparents. Which is the biggest risk group? The elderly,&#8221; he declared, during an event on Thursday.</p> <p>There are currently three cases of the coronavirus in Brasília.</p> <h2>Reactions elsewhere</h2> <p>Major states Rio de Janeiro and Minas Gerais have both declared states of emergency and gone along with the federal government&#8217;s provisions for compulsory testing, treatment, and quarantine. Reactions across the country have been varied, however, with the mayor of the city of Goiânia, Iris Rezende, claiming that the city will not be affected by the outbreak.&nbsp;</p> <p>&#8220;Goiânia is a city protected by God [&#8230;] I&#8217;m calm, I&#8217;m certain that the city will not be affected by the coronavirus.&#8221;

Is Brazil’s healthcare system prepared for the Covid-19 pandemic?

After new ‘Black Monday,’ how will Brazil react?