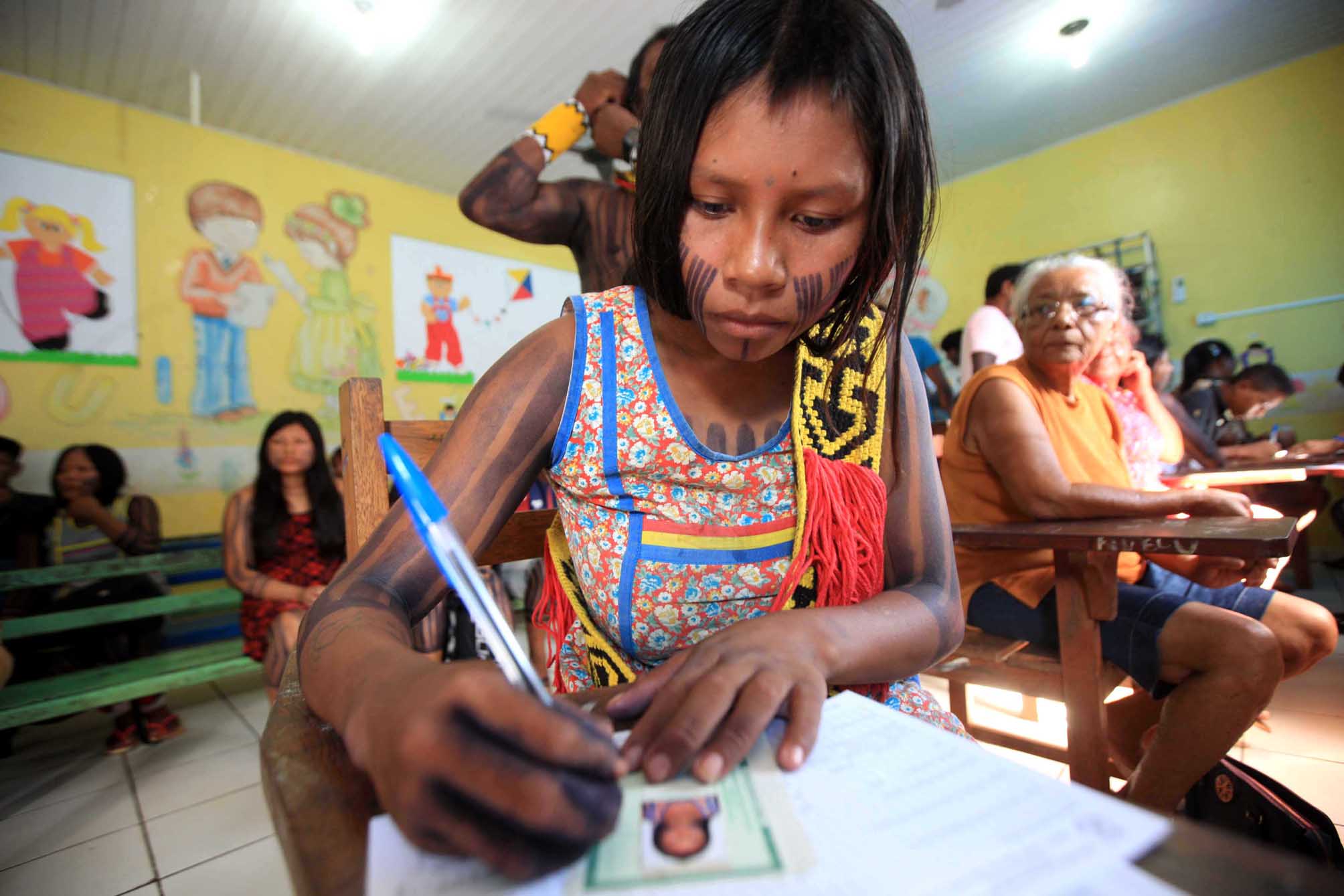 Indigenous schools have even less resources in Brazil

Chapter 8 of the Brazilian Constitution is exclusively dedicated to the country’s native populations. It recognizes their right to preserve their way of life, habits, beliefs, traditions, and languages. Specific schooling programs, crafted following those guidelines, are also set by Brazil’s body of fundamental principles. However, much like most issues related to Brazilian indigenous peoples, these rights aren’t properly respected.

In São Paulo, the discrepancy between what the law states and what the government actually does is flagrant. The state government forces indigenous schools to follow the standard curriculum of the regular education system. Despite the official discourse that each school has the discretion to adapt subjects to each indigenous culture, the truth is that there is little specificity into what’s being taught to students from indigenous tribes.

A group of four women scholars – two indigenous teachers and two professors at the Federal University of São Paulo – have taken it into their own hands to change that reality and ensure indigenous populations the right to a proper educational framework. They are organizing an ambitious educational initiative to train new indigenous teachers. “We need a specific degree, one that takes into account our culture and traditions,” outlines Poty Poran T. Carlos, a member of the Guarani nation, and one of the teachers coordinating the effort.

To bring this idea to fruition, a group of over 22 indigenous leaders has started to collaborate in São Paulo, crafting the course – which should take about one year and a half. These leaders come from each Brazilian region and belong to the Guarani, Tupi, Terena, and Krenak peoples.

Although discussions are in early stages, the group envisions a three-to-four-year multidisciplinary curriculum. “We don’t want a hastened course, only aimed at handing out quick degrees. We want to have one arm in the university, and another in the indigenous villages. It takes time to prepare such a teacher,” says Ms. Carlos.

Of the 252 teachers currently working in indigenous schools in the state of São Paulo, 139 have no degree whatsoever – let alone any specific training for teaching native populations. Most teachers are also working under temporary contracts that sometimes come to term in the middle of the school year – often leaving kids without a tutor.

There are 1,400 students in 40 indigenous schools across São Paulo, from elementary education to high school. Many adults have also signed up for supplementary classes.

While the rights of indigenous populations have never been the priority of the federal government, things took a turn for the worse once President Michel Temer took office, in May 2016. Funai, the federal agency to protect native populations, has suffered multiple budget cuts and mismanagement over the past two and a half years. 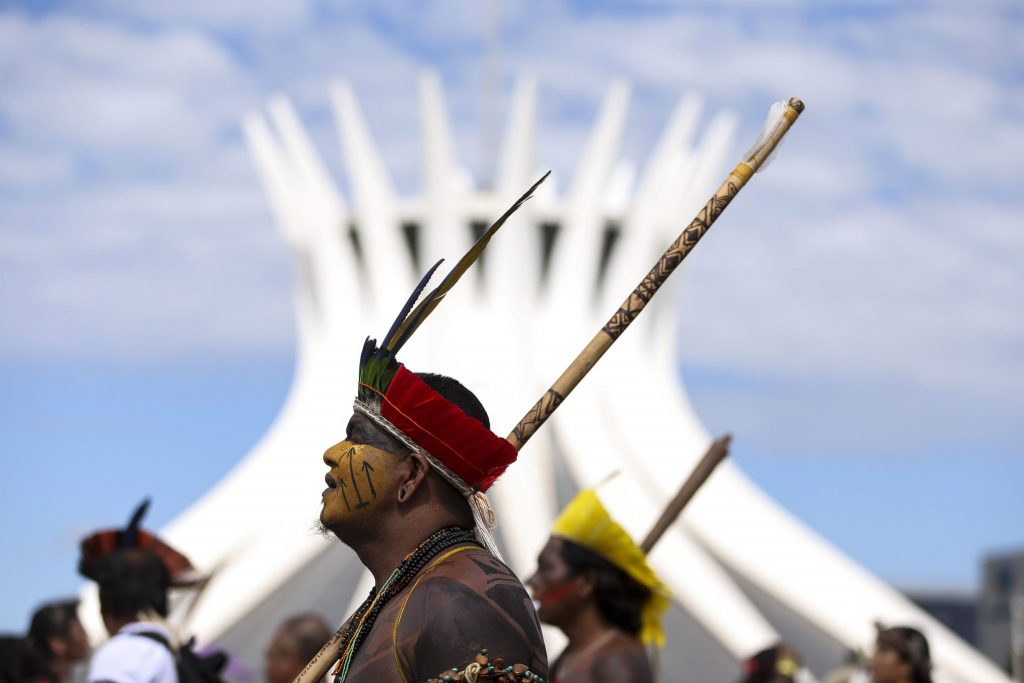 For starters, it took Mr. Temer seven months to name a Funai president – whom he fired after just four months in office, after disagreements with landowner lobbyists in Congress. After that period of turmoil, the agency saw 5 of its 19 bases to protect isolated tribes shut down due to the sheer lack of resources. Justified by Mr. Temer’s austerity-driven policy-making, the deactivation of those bases put the lives of many groups at great risk.

In June 2017, three United Nations experts said that native peoples’ and environmental rights are under attack in Brazil. “Against this backdrop, Brazil should be strengthening institutional and legal protection for indigenous peoples, as well as people of African heritage and other communities who depend on their ancestral territory for their material and cultural existence,” the experts stated.  “It is highly troubling that instead, Brazil is considering weakening those protections.”

Two months later, an isolated tribe was massacred by a group of illegal miners in the western portion of the state of Amazonas.

Another Funai branch that has suffered from successive budget cuts deals with the demarcation of indigenous lands – which often encompass mining reserves and forests targeted by the timber industry. The consequence? It has gotten easier to get authorizations for mining, oil drilling, and construction companies to operate on protected lands.