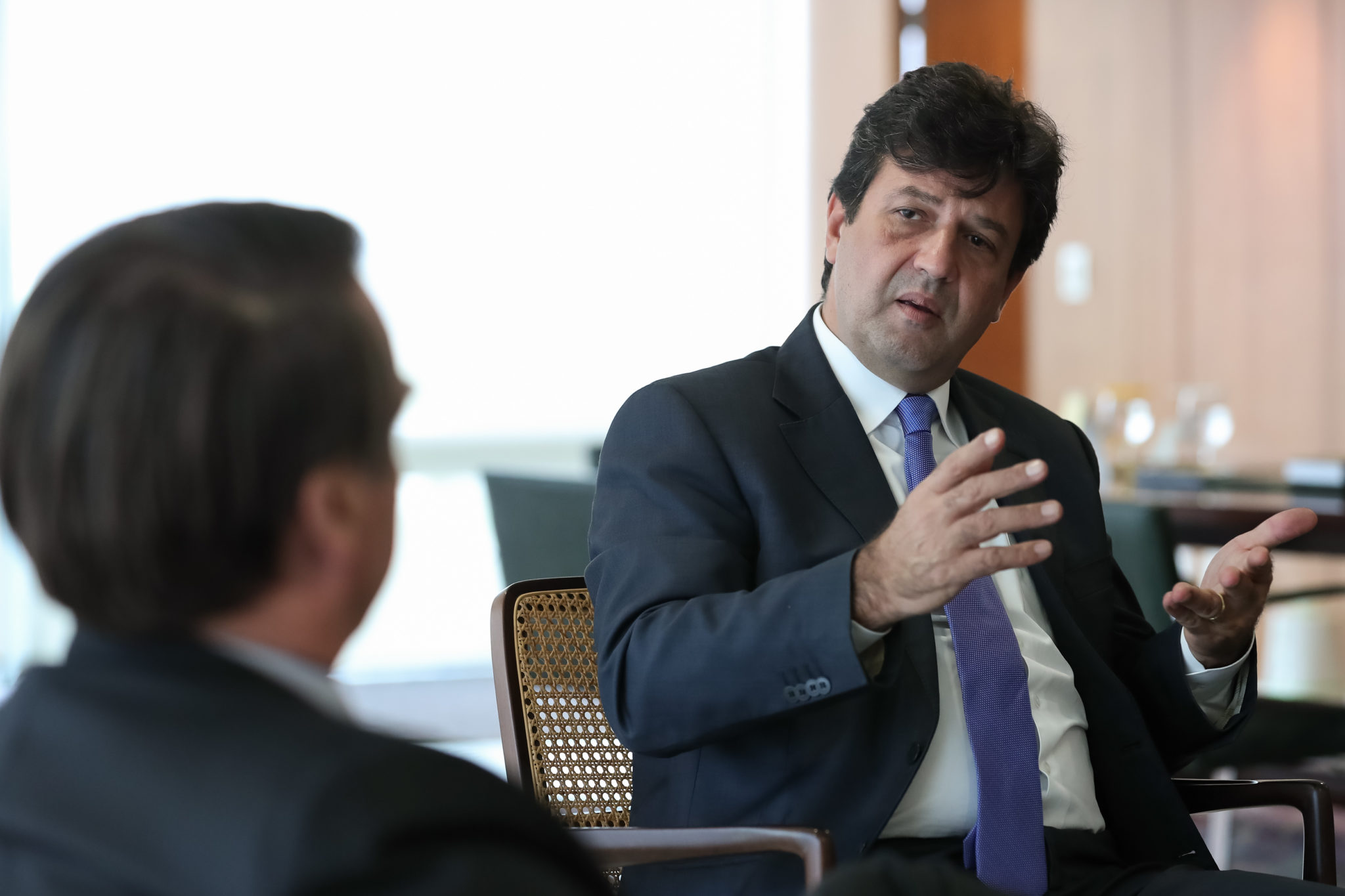 On Wednesday, the Health Ministry confirmed Brazil’s first case of the novel coronavirus. As we reported in Wednesday’s Weekly Report, a 61-year-old man developed symptoms three days after arriving from Italy, where he was on a business trip. According to the Brazilian press, the man met with 30 of his family members last Sunday—among them children—before seeking medical help. With the Covid-19 virus having now reached Brazil, the population fears a mass outbreak and is unsure about whether the country’s health system can handle such a spread.

</p> <p>The Health Ministry assures Brazil is up to the task, however. The department has been <a href="https://brazilian.report/society/2020/02/07/brazil-prevent-coronavirus-entering-country/">completely transparent since day one</a>, speaking openly to the press and promising to provide all information possible. On Thursday, Health Minister Luiz Henrique Mandetta confirmed he will bring forward Brazil&#8217;s flu vaccination campaign to March 23, in an attempt to facilitate Covid-19 diagnoses.</p> <p>Brazil&#8217;s first coronavirus patient and his partner will remain quarantined for 14 days in the couple&#8217;s home. This is the deadline established by the World Health Organization, which has identified the average period for the onset of Covid-19 symptoms as between zero to 14 days. Isolation in the patient&#8217;s home, as opposed to in the hospital, is recommended by Brazilian health authorities as a way of avoiding the infection of patients suffering from other ailments.</p> <p>On Wednesday, Brazil had 20 suspected cases, which jumped to 132 on Thursday. The number is expected to go above 300 as the Health Ministry is still processing reports from some states.</p> <p>Of this total, three are relatives of the 61-year-old patient in São Paulo, and 121 have recently traveled to countries suffering from Covid-19 outbreaks. The vast majority of suspected cases (55) are located in São Paulo, and southern state Rio Grande do Sul comes next with 24 cases. The Health Ministry stated that the total of suspected cases should exceed 300 in the coming days.</p> <div class="flourish-embed flourish-map" data-src="visualisation/1466499"><script src="https://public.flourish.studio/resources/embed.js"></script></div> <h2>Is Brazil&#8217;s health system ready for coronavirus?</h2> <p>The main worry of the Brazilian population concerns the structure of the public health system, often labeled as deficient, perhaps unfairly. Brazil&#8217;s <a href="https://brazilian.report/power/2018/07/11/brazil-public-healthcare-system/">national health system</a> is the biggest in the world and cares for more than 70 percent of the population. Its biggest success is the national vaccination program, administering 98 percent of all vaccines in Brazil in more than 36,000 immunization clinics.</p> <p>But vaccination rates are going down in Brazil, through no fault of the health system. A survey by the Health Ministry showed that seven of the eight mandatory vaccines for newborns did not reach the 95-percent coverage target last year.&nbsp;</p> <p>These doubts have two main causes: first, the eradication of several diseases has affected parent&#8217;s judgment over the importance of vaccines, and there is a growing anti-vax movement in the country that actively <a href="https://brazilian.report/power/2019/08/05/anti-vax-movement-brazil-measles-comeback/">distrusts the real effects of vaccination</a>. The same Health Ministry survey showed 38 percent of Brazilians worry about the safety of vaccines, 45 percent are concerned with their side effects, and 4.5 percent of parents refuse to vaccinate their children. </p> <script src="https://www.buzzsprout.com/299876/1079081-20-diseases-that-could-make-a-return-in-brazil.js?container_id=buzzsprout-player-1079081&amp;player=small" type="text/javascript" charset="utf-8"></script> <hr class="wp-block-separator"/> <p>And these fears have been stoked by the leading ideological guru of Jair Bolsonaro&#8217;s government: writer Olavo de Carvalho. Having the ear of the president, Mr. Carvalho has already stated he is in doubt about the effect of vaccines after reading &#8220;eloquent scientific evidence that they are useful and that they are harmful,&#8221; and buying into a conspiracy theory that rubella vaccines were being used for &#8220;mass sterilization&#8221; of the population.</p> <p><strong>The Brazilian Report</strong> <a href="https://brazilian.report/society/2019/07/20/brazil-moon-landing-conspiracy-theories/">has also shown how these far-fetched ideas find fertile soil in Brazil</a>, even more so when they are repeated by right-wing digital influencers. The anti-vax movement is among them, having made it to Brazil via YouTube videos, and now has a number of homegrown Facebook groups, with thousands of members, preaching against vaccination in the country.</p> <p>As a result, the number of vaccinated children two years old or younger has been falling since 2011, and the number of measles infections increased from zero in 2017 to 10,362 in 2018.</p> <h2>Cabinet minister and myth buster</h2> <p>Among the leading voices <a href="https://www.saude.gov.br/fakenews">against this misinformation campaign</a> is actually a member of the Jair Bolsonaro government: <a href="https://brazilian.report/newsletters/brazil-daily/2020/02/28/health-minister-mandetta-coronavirus-arrives/">Health Minister Luiz Henrique Mandetta</a>. While among the administration&#8217;s most reserved and least controversial cabinet ministers, Mr. Mendetta takes every opportunity he has to underline the importance of medicine and the dangers of pseudoscience.</p> <p>Mr. Mandetta, a trained physician himself, used the fears over the coronavirus as a means of reinforcing this scientific position. During a press conference on Wednesday afternoon to announce the country&#8217;s first Covid-19 case, Mr. Mandetta criticized the anti-vaccine movement, pondering whether they would be opposed to a potential coronavirus vaccine. “I think they would be the first in line,&#8221; he joked.

Anti-vax movement growing in Brazil as measles makes a comeback

Health Minister steps up to the plate as coronavirus arrives