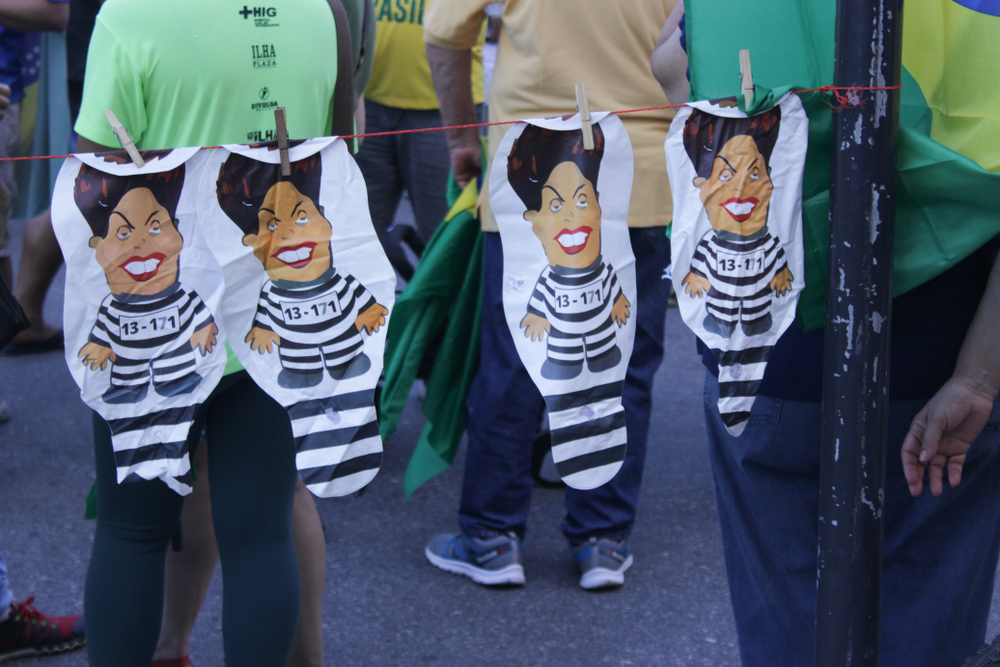 After years of pursuing efforts to fight corruption, Brazil is at risk of a backslide, which could get in the way of the country’s bid to join the Organization for Economic Co-operation and Development (OECD), according to the group’s Working Group on Bribery (WGB).

The WGB—one of the OECD’s 300 committees and working groups—is sending a mission to Brazil as early as November to “reinforce the message that law enforcement’s capacity to investigate and prosecute foreign bribery should be preserved.”

</p> <p>The decision has been propelled by concerns with the &#8220;<a href="https://brazilian.report/power/2019/08/23/abuse-of-office-act-the-end-of-car-wash-or-necessary-oversight/">Abuse of Office Act</a>,&#8221; a piece of legislation aimed at curbing excesses from law enforcement but seen by many organizations as a way lawmakers can keep prosecutors in check. Despite protests, the law was sanctioned by President Jair Bolsonaro <a href="https://g1.globo.com/politica/noticia/2019/09/24/saiba-como-fica-a-lei-do-abuso-de-autoridade-apos-congresso-ter-rejeitado-18-vetos-de-bolsonaro.ghtml">with 18 vetoes</a>, all of which were voted down by Congress. Critics say Brazilian lawmakers—massively targeted by Operation Car Wash—are the biggest beneficiaries.</p> <p>In its current form, the Abuse of Office Act criminalizes several methods used regularly in Operation Car Wash, such as the compulsory processing of witnesses or suspects without a prior subpoena. Publishing intercepted audio recordings unconnected to evidence or performing wiretapping without a warrant are now also crimes punishable by prison.&nbsp;</p> <p>The law also establishes that civil servants who commit these crimes may lose their jobs and be prevented from taking public office from between one and five years, besides paying compensation to the victims. Prison sentences may also be exchanged for community service.</p> <p>Beyond the Abuse of Office Act, a July ruling by Supreme Court Chief Justice Dias Toffoli suspended all investigations which use financial information from Brazil&#8217;s money laundering enforcement agency (UIF, and formerly Coaf) without a court order. The pretense of this move was to prevent breaches to data secrecy, but international practices dictate that data from financial intelligence agencies do not require judicial authorization, as they are used to back investigation requests.</p> <p>According to the Chair of the OECD’s Working Group on Bribery, ex-football referee Drago Kos, the Abuse of Office Act and Supreme Court decisions are a source of concern for Brazil&#8217;s efforts to curb corruption. However, Mr. Kos notes there’s still time for the country to remain compliant with the group’s Anti-Bribery Convention. As he explained, the group will closely monitor the situation in November, in order to provide recommendations to the Brazilian authorities.</p> <p>Following this advice will be crucial not only to keep Brazil on the path to curbing corruption but also to secure the <a href="https://brazilian.report/money/2018/03/01/joining-oecd-mean-brazil/">country’s bid to join the OECD.&nbsp;</a></p> <p style="text-align:center"><strong><em>See the main highlights of Mr. Kos&#8217; interview to The Brazilian Report below. Some parts have been edited for clarity and brevity.</em></strong></p> <hr class="wp-block-separator"/> <h4>What are the main recommendations the WGB&#8217;s high-level mission intends to make to the Brazilian authorities in November?</h4> <blockquote class="wp-block-quote"><p>It depends on the situation we find there. On of the main reasons of concern for us is the adoption of this Abuse of Office Act. Then, there&#8217;s the decision of the Supreme Court Chief Justice to suspend all investigations based on FIU information [without a court order], and the Supreme Court&#8217;s determination that tax authorities may not investigate anything other than tax evasion or tax-related crimes. </p><p>Regarding the Abuse of Office Act, I can already say that we’ll suggest some of the terms used in the law be made more focused and precise, because they enable very different interpretations. This can harm the independence and the effectiveness of prosecutors and judges. With the Supreme Court decisions, we need to see what were the reasons for these decisions and we’ll recommend solutions to any problems we see in Brazil. </p></blockquote> <h4>Do you see any early signs that the Abuse of Office Act will hurt the fight against corruption in Brazil? If so, in what way?</h4> <blockquote class="wp-block-quote"><p>Of course. The working group has followed the adoption of the law for many months, if not years. We warned the Brazilian authorities months ago, that this law can be misused against the work and independence of prosecutors and judges. So, the way the law is written now it enables a series of attacks against the work of prosecutors and judges. I’m not saying this government will do this, but if there’s a possibility that somebody can attack prosecutors and judges, that&#8217;s when we have to speak up.</p><p>The adoption of the law as it is now it could cause some “self-discipline” among prosecutors and judges. They may not want to enter into the activities they should be able to enter because they are worried about finding themselves involved in the criminal proceedings. The law is causing a lot of concerns. </p></blockquote> <h4>What effects does loosening anti-bribery efforts have on Brazil&#8217;s image abroad? Could this undermine the country&#8217;s plea to join the OECD? </h4> <blockquote class="wp-block-quote"><p>Brazil, for many years, was seen as a problematic country which did not want to fight corruption. When Operation Car Wash came around, Brazil turned into a country of which we were all proud, proving it could combat the most complicated and sensitive cases of corruption. Now, there is a trend to discredit the prosecutors involved in Op. Car Wash. The adoption of this law, despite our warnings, can easily be interpreted as Brazil stepping away from its proven effectiveness and general will to fight corruption. </p><p>In terms of Brazil’s ability to join the OECD, luckily we still have some time before the WGB will have to make a final decision on Brazil’s accession. All OECD committees must determine whether their particular working country is fulfilling the basic conditions to join the OECD. Brazil still has time to improve things.       </p></blockquote> <h4>What kind of punishment could Brazil face it fails to comply with its obligations under the OECD Anti-Bribery Convention?</h4> <blockquote class="wp-block-quote"><p>I wouldn&#8217;t call it punishment. They are measures for non-compliance. It&#8217;s not like “Brazil is bad, let’s apply those measures.” No. After a thorough review of the current situation in the country, which is much more than just a high-level mission, there will be conditions issued to Brazil. If the country doesn&#8217;t follow them, we would apply these non-compliant measures.

What has Brazil’s anti-corruption law achieved?