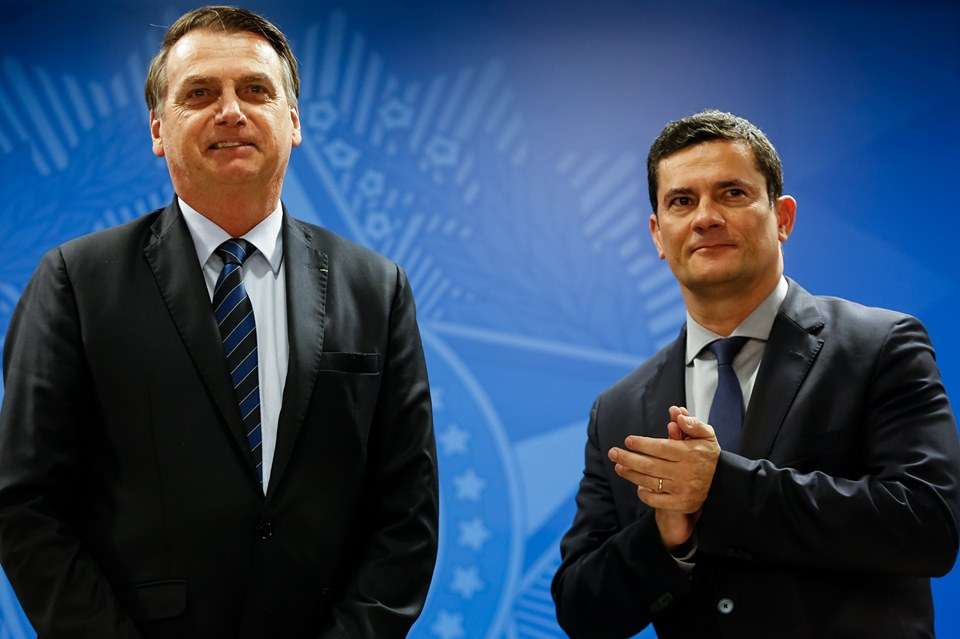 Protesters took to the streets on Sunday afternoon in 22 Brazilian states in defense of sweeping five-year corruption investigation Operation Car Wash. Decked out in yellow and green and draped in Brazilian flags, demonstrators showed their opposition to the so-called “Abuse of Office Act,” a proposal approved by Congress which punishes excesses committed by prosecutors and judges, seen by some factions of the electorate as an effort to curtail Car Wash investigations.

</p> <p>There was also criticism of the Supreme Court, with thousands in attendance following the rallying cry to &#8220;<em>fecha tudo!</em>&#8220;—to shut down the country&#8217;s highest court entirely. Interestingly enough, the Abuse of Office Act opposed by demonstrators would also punish Supreme Court Justices for overstepping their bounds, showing a not-so-uncommon case of incoherence among &#8220;anti-corruption&#8221; protests in 2010s Brazil.</p> <p>In São Paulo, there were huge inflatable effigies of Justice Minister Sergio Moro—who, before joining the cabinet, was the lead federal judge of Operation Car Wash. Despite <em>The Intercept</em>&#8216;s <a href="https://brazilian.report/opinion/2019/06/25/the-intercept-strategy-covering-car-wash-leaks/">leaks of private messages</a> between Mr. Moro and Car Wash prosecutors which showed numerous instances of abuse of office within the investigation, the Justice Minister remains the <a href="https://www.correiobraziliense.com.br/app/noticia/politica/2019/07/25/interna_politica,773812/no-twitter-acusado-de-hackear-moro-mostrava-apoio-a-vazajato-e-ao-pt.shtml">darling of anti-corruption demonstrators</a>.</p> <p>However, what was notable was the lack of support for the protests from President Jair Bolsonaro and his closest allies. The lack of &#8220;presidential approval&#8221; led to smaller numbers on the streets and show a level of isolation of Sergio Moro within the government, which has been growing in recent months.</p> <p>Since <em>The Intercept</em>&#8216;s leaks, Jair Bolsonaro has sought to keep Sergio Moro under his thumb. There have been cases of what can only be described as the president publicly bullying his Justice Minister, making jokes at Mr. Moro&#8217;s expense and making it abundantly clear that Mr. Bolsonaro is the one in charge.</p> <p>At the weekend, Jair Bolsonaro posted a reply to a Facebook comment which asked the president to &#8220;take care&#8221; of Sergio Moro. In a clear demonstration of his Justice Minister&#8217;s disposability, Mr. Bolsonaro <a href="https://exame.abril.com.br/brasil/nao-esteve-comigo-durante-a-campanha-diz-bolsonaro-sobre-moro/">replied</a>: &#8220;with all due respect to [Mr. Moro], he wasn&#8217;t by my side during the [2018 presidential] campaign.&#8221;</p> <script src="https://www.buzzsprout.com/299876/1269271-64-you-can-t-spell-car-wash-without-leaks.js?player=small" type="text/javascript" charset="utf-8"></script> <h2>Moro loses his superpowers</h2> <p>This is some deviation from the beginning of the year. When Sergio Moro was announced as the Justice Minister in Jair Bolsonaro&#8217;s cabinet, he—along with Economy Minister Paulo Guedes—was described as a &#8220;<a href="https://brazilian.report/newsletters/weekly-report/2019/07/06/super-ministers-moro-guedes/">super minister</a>,&#8221; who would have complete freedom over his department and what was perceived as a significant influence within the government.</p> <p>At the time, this was seen as a risky strategy. Sergio Moro was (and remains) one of the most popular public figures in Brazil, and giving such a personality such an important role made him &#8220;unfireable,&#8221; according to some pundits. The Car Wash leaks, however, have made him very fireable indeed.</p> <p>Despite calls to sack his Justice Minister in the wake of <em>The Intercept</em>&#8216;s revelations, Mr. Bolsonaro decided to keep Mr. Moro on the payroll. However, the Justice Minister&#8217;s hopes of graduating into a Supreme Court seat went up in smoke, with Jair Bolsonaro saying he will prefer a &#8220;terribly Evangelical&#8221; judge instead.</p> <p>Furthermore, the president is now using his dominance to go after Sergio Moro&#8217;s Federal Police. With the force in Rio de Janeiro about to change command, Mr. Bolsonaro is pushing for his favoured appointment to get the nod over Sergio Moro&#8217;s pick.</p> <p>It is worth noting that the Federal Police in Rio de Janeiro took the lead in the investigations into Marielle Franco&#8217;s murder in 2018, a probe which pointed to the involvement of militia members close to the Bolsonaro family.</p> <p>Questioned about going over Mr. Moro&#8217;s head, the president was dismissive. &#8220;I&#8217;m the one in charge!&#8221; he barked.</p> <script src="https://www.buzzsprout.com/299876/1078970-51-marielle-franco-one-year-of-impunity.js?player=small" type="text/javascript" charset="utf-8"></script> <p>While going after the Federal Police is a very dangerous ploy indeed, it shows that Jair Bolsonaro no longer needs Sergio Moro. He has relegated the former judge to the position of a regular cabinet minister—perhaps even with less influence than his colleagues—without losing the public image of being &#8220;anti-corruption.&#8221;</p> <p>Sergio Moro is now at a crossroads. His ambitions of reaching the Supreme Court, or even the presidency in 2022, are now well and truly dashed. Controversy surrounding the Car Wash leaks would make a return to the bench near impossible.</p> <p>He could still run for public office, which seems the most likely hypothesis, as he retains a sufficient level of support from the electorate. However, he is now wholly aware that Jair Bolsonaro is no longer in his corner, and pundits have predicted that the two may officially cut ties sooner rather than later.

Naming Sérgio Moro to the cabinet is utterly brilliant. Or utterly stupid

After latest leaks, can Sergio Moro withstand the heat?

A rock and a hard place: Bolsonaro to choose between Moro and Congress in Coaf row