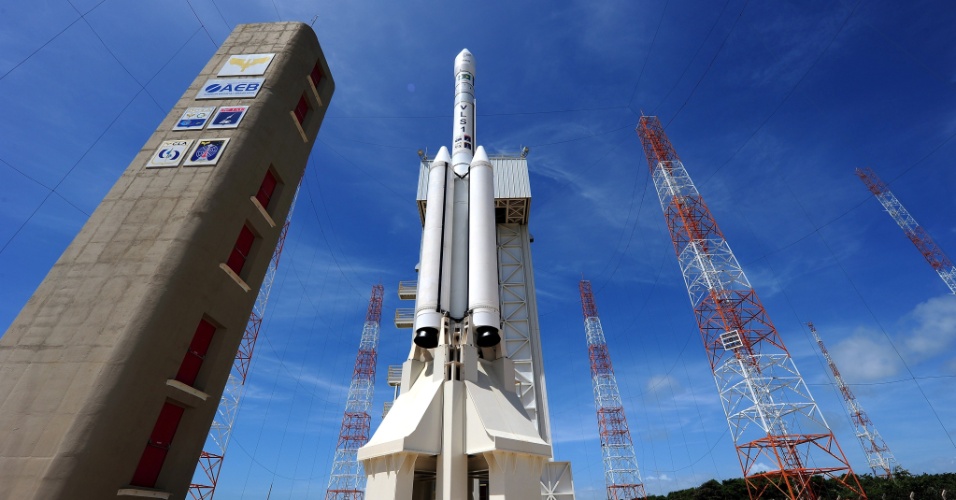 Brazil and the U.S. resume space accord negotiations

The U.S. Department of State has finally agreed to renegotiate the terms of a technological space accord with Brazil. Both countries have resumed negotiations over a technological safeguards agreement (TSA). Without such a deal, no U.S. rocket can be launched on Brazilian soil.

Sixteen years ago, the Brazilian Congress rejected a proposal that protected the Americans’ technological property, while leaving loopholes that could strip away Brazil’s sovereignty over the internal facilities of the Alcantara launch center, located in the Brazilian Northeast.

</p> <p>The resumption of negotiations is a big step that indicates several American companies and government agencies are open to a deal. And in the U.S., unlike in Brazil, the Department of State doesn’t need congressional approval to pass such a treaty. Notwithstanding the United States&#8217; openness to an accord, the signing of a TSA is a &#8220;must&#8221; for Brazil.</p> <p>The U.S. is the world’s biggest producer of space compounds, which are protected for commercial and military reasons. “Unless we sign the deal, no rocket can be launched from the Alcantara space center, as most launches involve American technology. The fact that they want to protect their commercial secrets is a legitimate condition,” says Brazil’s Minister of Foreign Affairs, Aloysio Nunes Ferreira.</p> <p>In short, without a deal with the Americans, the Alcantara launch center will not become a viable spaceport. Brazil hopes to transform the base into a cheaper alternative to France’s Guiana space center in Kourou, French Guiana. Closer to the Equator, the Brazilian base demands one-fifth less fuel to launch satellites into orbit.</p> <p><img class="aligncenter wp-image-4828 size-full" src="https://brazilian.report/wp-content/uploads/2018/06/export-mODsu.png" alt="Kourou alcantara base" width="780" height="980" srcset="https://brazilian.report/wp-content/uploads/2018/06/export-mODsu.png 780w, https://brazilian.report/wp-content/uploads/2018/06/export-mODsu-239x300.png 239w, https://brazilian.report/wp-content/uploads/2018/06/export-mODsu-768x965.png 768w, https://brazilian.report/wp-content/uploads/2018/06/export-mODsu-610x766.png 610w" sizes="(max-width: 780px) 100vw, 780px" /></p> <p>Back in February, Brazil’s then-Minister of Defense Raul Jungmann (now Minister of Public Security) said several U.S. aerospace companies – including Boeing, SpaceX, and Lockheed Martin – were interested in launching rockets from Alcantara.</p> <p>Several U.S. companies sent executives to visit the base, according to Luiz Fernando Aguiar, the head of Brazil&#8217;s space division. However, Boeing was the only one to admit it. The aircraft manufacturer is trying to take over Brazilian aerospace conglomerate <a href="https://brazilian.report/2017/12/22/embraer-boeing-deal/">Embraer</a>, but the government has resisted the idea of handing over control of the company&#8217;s military division.</p> <h3>Space accord: proposed changes</h3> <p>Since the <a href="https://www1.folha.uol.com.br/fsp/brasil/fc2108200114.htm">bungled</a> 2002 deal, Brazilian diplomats proposed changes to its terms, altering the way in which American technology is protected on Brazilian soil and how the money raised with satellite launches would be used.</p> <p>According to the new terms, there would be no areas in which only American officials would be allowed. But while Brazilians would have free entry, manipulating containers with sensitive equipment would be highly controlled.</p> <p>Another change is the suppression of an article in the 2002 proposal that forbade Brazil from using revenue from the Alcantara base to finance its own space program. The revised deal sent by Brazilian diplomats no longer includes this provision.</p> <p>There are two potential problems for Brazil, however. The first is that it needs the deal more than the U.S., the world’s biggest space power. For the South American country, it represents a chance to finally raise some revenue from a military base which is almost completely unused. Furthermore, if Brazil waits too long to sign such a deal, it could lose its competitive advantage, as <a href="https://brazilian.report/2018/05/10/innovation-brazil-rio-futuro/">new fuels</a> could emerge diminishing the need for bases close to the Equator.</p> <h3>Failed space program</h3> <p>After rejecting a deal with the U.S. at the beginning of the century, Brazil created a joint venture with Ukraine to launch rockets produced in the Eastern European country from Alcantara. So far, the program has consumed roughly BRL 1 billion but has yet to launch a single rocket into space.</p> <p>Over the past two years, Brazil has tried to annul the contract. However, Ukraine is reluctant to do so.</p> <p>According to Brazil’s Federal Accounting Court (TCU), an audit tribunal that monitors public spending to avoid corruption and misuse of public funds, the project with Ukraine was “overly optimistic and fragile.”</p> <p>According to the court, it was ludicrous to start such a project before signing a technological safeguards agreement with the Americans. Roughly 80 percent of all rockets and satellites produced in the world carry American technology – including those produced by Ukraine.

After decades, Brazil and the U.S. sign agreement on space station

Japan angles for space in Brazil with Mercosur deal