While often called the ‘Trump of the Tropics,’ Jair Bolsonaro is in many ways a throwback to Latin America’s 20th-century caudillos 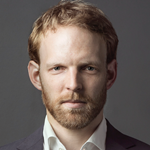 As analysts around the world turn their attention to Brazil to comment on the upcoming presidential runoff on October 30, Brazil’s incumbent, Jair Bolsonaro, is usually seen as part of a global phenomenon of resurging nationalism and populism with a thinly veiled authoritarian bent; similar to leaders such as Hungary’s Viktor Orbán, Turkey’s Recep Erdogan and, most prominently, Donald Trump in the U.S.

Indeed, Mr. Bolsonaro is in many ways part and parcel of the ongoing strongman wave that has contributed to the worst crisis global democracy is experiencing in decades.

Around the world, democracy is under severe threat or...