Happy birthday to us! Our company has turned five, with award-winning work recognized by other journalists and, more importantly, readers 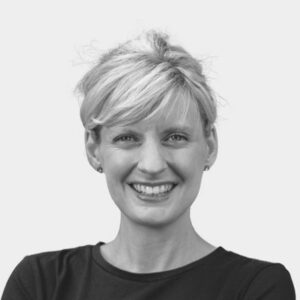 Dear readers, today marks a great landmark for The Brazilian Report — we are turning five years old! This is no small feat in a country riddle with bureaucracy and heavy taxes.

Less than 40 percent of Brazilian companies manage to stay open after five years. Imagine trying to do so in journalism, which is supposed to be, uh, dying.

But we haven’t just survived! In these five years, The Brazilian Report has thrived and reinvented itself multiple times. We started off as a two-people company working in a shared space to an 11-people team of journalists and designers spread across multiple Brazilian cities and a Buenos Aires office — and that’s not including interns and freelancers who contribute to our operations.

After our first month, we had five subscribers. Now, we’re inching closer to 10,000, including governments, diplomatic corps, foreign correspondents, multinational companies, think tanks, consultancies — and thousands of individuals who believe in the importance of independent journalism.

We started off this journey as journalists wanting to bring a Brazilian perspective to a global audience. After launching our website, we began learning all the ins and outs of building and running a newsroom — which is much, much more than just having great ideas for articles.

We had to learn about payment gateways, coding, up-selling, cross-selling, how the Google algorithm works, what we must do to prevent hackers from nixing our site, HR, and dealing with Brazilian red tape. As they say in Brazil, we continuously had to change the tires while the car was already running. And it has been a blast!

Over these five years, we witnessed the rise of the far-right to power in Brazil, environmental emergencies in multiple biomes, a deadly pandemic, and multiple crises — social, political, and economical. We saw a country proudly known as a vaccination champion boycott Covid immunizers and allow almost 700,000 people to be killed by the coronavirus.

Now, we are traversing a pivotal moment in our political history — after the most polarized presidential race in democratic times, the country is on edge due to the possibility of a convulsed transition period until a new government takes over in 2023.

Phew! These five years felt like 50 at times! And on more than one occasion, it is hard to remember a time when we weren’t building The Brazilian Report.

As our team grew and matured, we spread our coverage to Latin America, establishing an office in Buenos Aires. We launched a podcast that is listened to by decision-makers from across the globe.

Things are constantly changing in Brazil and Latin America — but one stable note is that we will continue to report on this oft-misunderstood region.

We can never overestimate the importance of the people who helped — and continue to help — us build our dream. We have managed to build a team that is, at the same time, talented, motivated, and filled with people who care about each other and the work they are doing together. Our team is what we are most proud of!

We certainly have a lot to improve — and be sure we try to get better each and every day. And the fact that our reader community only improves shows that we are on the right track. (If you beg to differ, then please write us to tell us how we can improve!)

Our industry is constantly changing, and it is impossible to predict the new places The Brazilian Report will go in the next five years. But we can promise that no matter what, we will keep our founding promise to our readers (an original perspective on Brazil, from Brazilians) and our staff (respect and transparency).

On behalf of our team, thank you to everyone who has read, watched, and listened to The Brazilian Report in the last five years.

May the next five years be as intense and fulfilling as the first ones!

At least 30 people missing after landslides in Paraná

Deforestation up by 60 percent under the Bolsonaro

Unemployment drops and income goes up in October