1,000 days since the assassination of Marielle Franco, black women's participation in politics increases — but there is still a long way to go 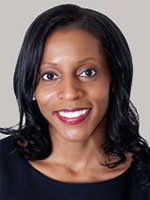 Messages urging Afro-Brazilians to support black candidates filled social media in the run up to Brazil’s municipal elections on November 15. “Don’t forget your mask, your ID, a pen, and that you are BLACK!!!”

“This Sunday my vote will be black.”

Black and multiracial people make up 56 percent of Brazil’s almost 212 million population. In terms of official census data, these two Afro-descendant racial classifications are lumped together as the “negro” population, a term which does not hold the clear racist connotations that it does in English-speaking countries, but is equally frowned upon by Brazilian black rights movements...

Privatization of Brazilian energy company Copel on the cards for 2023