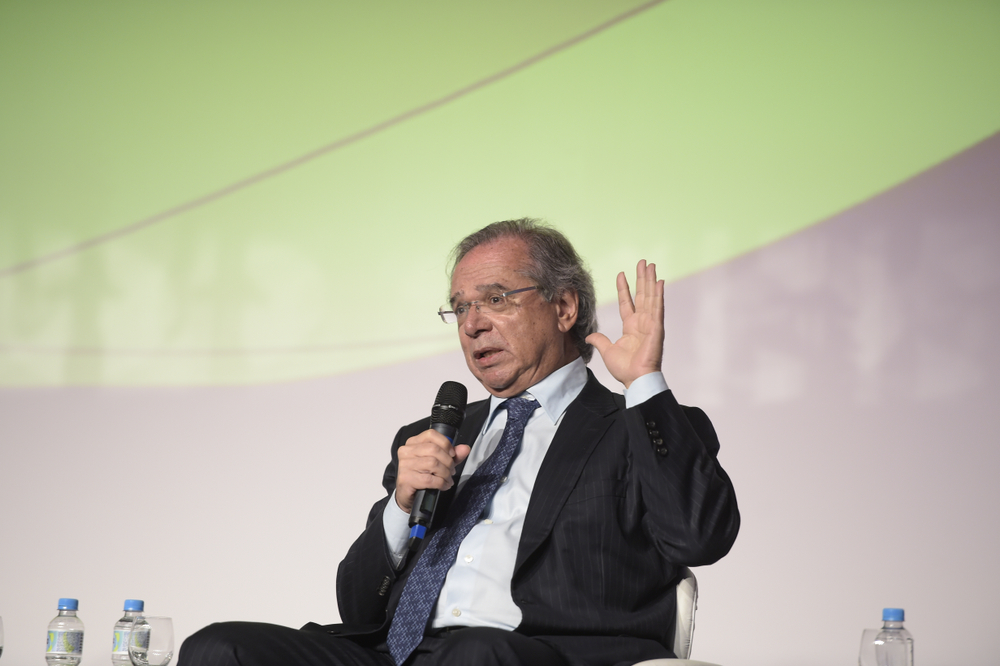 I don’t like talking about the same subject over and over again. That’s why I chose not to use this piece to criticize President Jair Bolsonaro, not for lack of reasons to do so. I unsuccessfully drafted an analysis of his degrading relationship with Justice Minister Sergio Moro, but it has just become too easy—and too boring—to criticize Mr. Bolsonaro.

In the meantime, I had the pleasure to watch a panel on “conditions for regaining growth,” at BTG Macro Day—an event with debates on macroeconomic matters promoted by investment bank BTG Pactual. One of the participants was Marcos Lisboa—among the best Brazilian economists of our time—who had the guts to lash out at one of the government’s ideas to reform the tax system, which involves a tax on all financial operations. This would represent a huge step backwards, and it is frightening that Economy Minister Paulo Guedes has bought into the idea.

</p> <p>Basically, the government&#8217;s proposal is backed up by three pillars: changes to income tax for corporations and individuals, the end of payroll tax, and a federal value-added tax. According to Marcos Cintra, head of the Federal Revenue Service, the proposed tax on financial transactions is to compensate for the loss in revenue created by payroll exemptions.&nbsp;</p> <script src="https://www.buzzsprout.com/299876/1079168-58-a-look-into-brazil-s-super-complex-tax-system.js?player=small" type="text/javascript" charset="utf-8"></script> <p>The tax reform could be a wonderful instrument to correct the <a href="https://brazilian.report/money/2019/08/08/history-income-inequality-brazil/">deep distortions</a> within the country&#8217;s current system, which creates losses in productivity and limits the growth potential of the economy. My reticence toward a new tax on financial transactions is the fact that it has been proven that this kind of tax causes more problems than it solves.</p> <p>In a brilliant presentation, Mr. Lisboa cited an article by Felipe Restrepo, assistant professor of finance at the University of Western Ontario. The paper is centered around the effects of taxation of financial transactions on bank-issued credit and industry growth. Mr. Restrepo brings empirical evidence from Latin America, comparing this tax in Argentina and Colombia (where it still exists), Brazil (where it was repealed), among others.&nbsp;</p> <p>The study shows that, despite the differences (insignificant from a macroeconomic standpoint) between tax and revenue in Latin American countries, it brings perverse effects on the economy. Taxing withdrawals from bank accounts sounds interesting because it is easy to enforce and not at all costly, affecting both formal and informal workers.</p> <script src="https://www.buzzsprout.com/299876/1516360-72-can-brazil-approve-a-tax-reform-in-2019.js?player=small" type="text/javascript" charset="utf-8"></script> <p>In his study, Mr. Restrepo tests two hypotheses: whether or not there are negative effects in credit for the private sector, and what is the effect (if any) of a lower credit offer to industries which rely a lot on loans. The answers:</p> <p>(1) Yes, tax on financial transactions lowers the amount of credit available for private companies; and (2) this does has negative effects on growth, as it reduces the growth potential of sectors where credit is a determining factor.</p> <p>Furthermore, there is another knock-on effect of this form of taxation: raising the demand for cash, &#8220;making people try to bypass the financial market,&#8221; as Mr. Lisboa said in his presentation.</p> <p>That diminishes the government&#8217;s power to raise money, making it less effective than it should be. That&#8217;s why so few countries in the world have this kind of tax, a select group including Hungary, Argentina and, surprise surprise, Venezuela.</p> <p>I hope Mr. Guedes and his team will come to their senses and drop the idea. There are many other more efficient ways to change the tax system.&nbsp;</p> <p>For those looking to learn more, here is a link to <a href="https://www.youtube.com/watch?v=tzqs-kK1lIc">Mr. Lisboa&#8217;s lecture</a>, as well as <a href="https://papers.ssrn.com/sol3/papers.cfm?abstract_id=2994163">Mr. Restrepo&#8217;s paper</a>.</p> <hr class="wp-block-separator"/> <div class="wp-block-image"><figure class="alignleft"><a href="https://levanteideias.com.br"><img src="https://brazilian.report/wp-content/uploads/2019/06/02_levante_logo_A-300x37.png" alt="" class="wp-image-18346" srcset="https://brazilian.report/wp-content/uploads/2019/06/02_levante_logo_A-300x37.png 300w, https://brazilian.report/wp-content/uploads/2019/06/02_levante_logo_A-768x94.png 768w, https://brazilian.report/wp-content/uploads/2019/06/02_levante_logo_A-1024x125.png 1024w, https://brazilian.report/wp-content/uploads/2019/06/02_levante_logo_A-610x74.png 610w" sizes="(max-width: 300px) 100vw, 300px" /></a></figure></div> <h6 style="text-align:right">Written by<br><a href="mailto:[email protected]"><strong>Levante Ideias de Investimentos</strong></a></h6> <p>

Why electing Jair Bolsonaro would be terrible for Brazil

Doing your taxes in Brazil as an expat