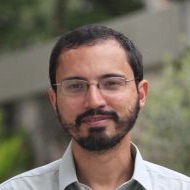 The foreign policy of president Jair Bolsonaro will be the result of conflicts between three groups within the government: the populists that call themselves “anti-globalists;” the military officers at the top of the administration; and the economic technocrats in the Ministries of Agriculture and of the Economy. There are several points of disagreement between them: how to deal with China and the Arab countries, Brazil’s role in Latin America, and the country’s participation in multilateral agreements on the environment and migration.