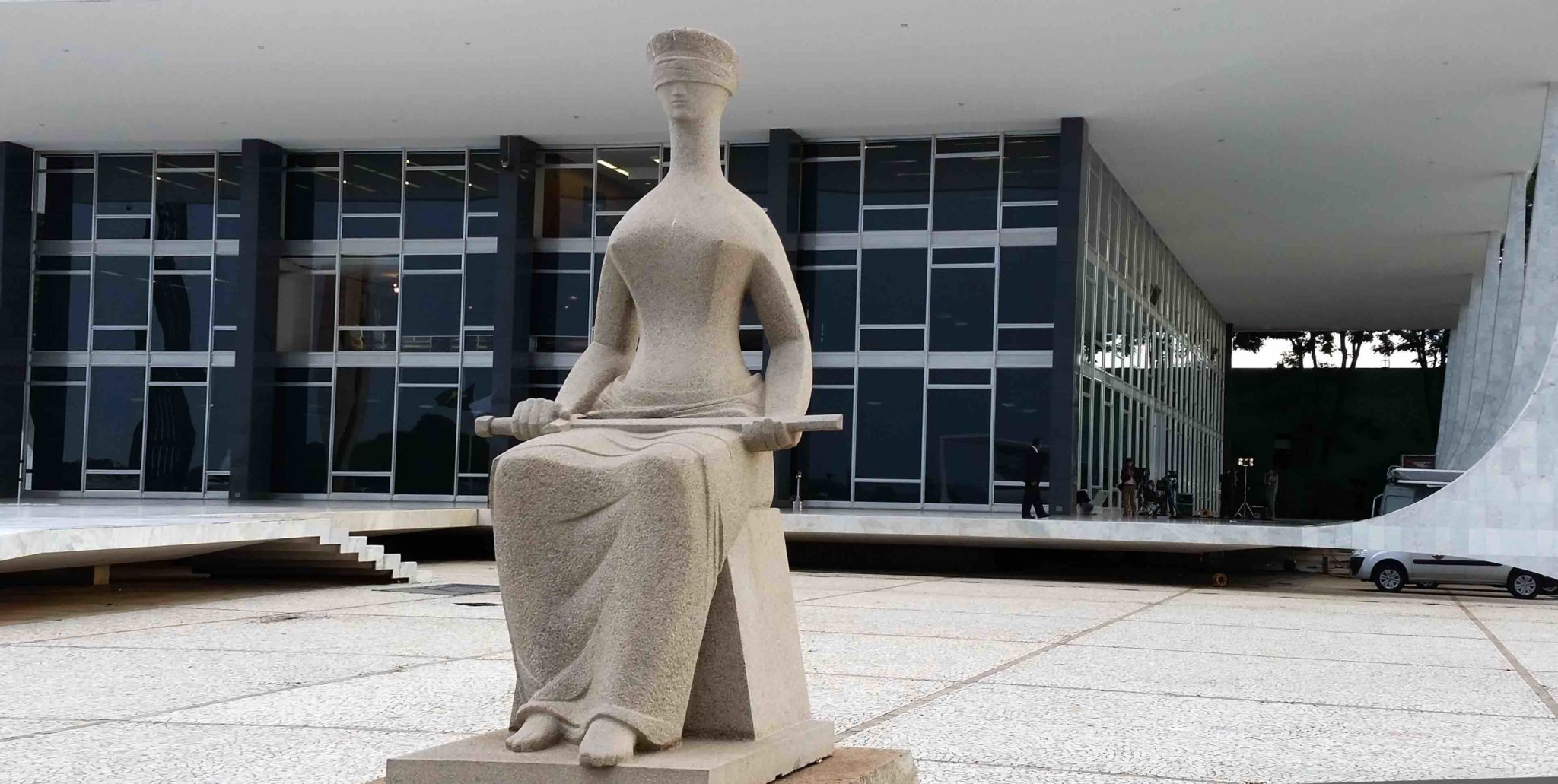 Public trust in the U.S. legal system might hover at around 50 percent, but it’s even lower in Brazil. According to a recent study from think-tank Fundação Getulio Vargas, just 29 percent of Brazilians trust their country’s legal system. A quick glance at some of the adjectives most frequently ascribed to Brazil’s justice system might shine a light on why confidence is lacking: slow, uber-bureaucratic, and unpredictable.

In Brazil, there is only one judge for every 29,000 people. In more developed nations, the ratio is rarely over 1 to every 10,000. Furthermore, judges complain about the lack of resources and the staggering number of cases that show up on their desks every year. The result is a lumbering, grossly inefficient system. According to the National Justice Council, which monitors the Judicial System’s activity, only 27 percent of cases in lower courts have been closed. For the higher courts, that number reaches 52 percent.

We’re going to describe the main branches of Brazil’s legal framework to help you gain a better idea as to how our system actually works.

First, take a look at this organogram of Brazil’s hierarchy of courts, and then read on for our explanations.</p> <p><a href="https://oglobo.globo.com/brasil/julgamentos-polemicos-de-temas-politicos-mostram-que-stf-esta-dividido-21948040"><img class="alignnone wp-image-591 size-full" src="http://brazilian.report/wp-content/uploads/2017/10/opopo.jpg" alt="brazil justice" width="964" height="348" srcset="https://brazilian.report/wp-content/uploads/2017/10/opopo.jpg 964w, https://brazilian.report/wp-content/uploads/2017/10/opopo-300x108.jpg 300w, https://brazilian.report/wp-content/uploads/2017/10/opopo-768x277.jpg 768w" sizes="(max-width: 964px) 100vw, 964px" /></a></p> <h3>Federal Supreme Court (STF)</h3> <p>The Federal Supreme Court is the final judge in all cases involving laws for Congress and the Constitution. It is formed by 11 justices, who are all appointed by the President. They can serve until the age of 75, when they’re forced into retirement.</p> <p>Unlike the U.S., the role of chief justice is not for life. Instead, the Court gets a new chief justice every two years, who is chosen by members. The unofficial rule goes something like this: the incumbent is replaced by the associate justice who has been in the Court for the longest amount of time, without ever having served as the head. Incumbent Chief Justice Cármen Lúcia will lead the STF until September 2018, when she will be replaced by Justice Dias Toffoli.</p> <p>The STF, however, is not only a Constitutional court. It is also the last court of appeal for all types of cases. A recent study published by the Supreme Court shows that each of the 11 justices is responsible for more than 10,000 individual decisions per year. Moreover, the STF is the only venue where politicians at the federal level can be prosecuted and tried.</p> <p>Click here to read more about the <a href="http://brazilian.report/brazil-supreme-court-justice/">Supreme Court</a>.</p> <h3>Superior Justice Tribunal (STJ)</h3> <p>While the STF is the final judge for constitutional matters, the STJ is the final stage for other cases. Its purpose is to standardize the interpretation of federal law. For instance, if a federal court in São Paulo and another in Minas Gerais interpret the same law differently, then the STJ can be called upon to decide on the correct interpretation.</p> <p>The court is formed by 33 justices, and all are appointed by the President.</p> <h3>State and Federal Courts</h3> <p>The Federal Justice System arbitrates in cases involving the federal administration, or cases that are of “federal interest” – such as jurisprudence-making matters. They also deal with federal crimes like tax evasion. All other cases (that are not labor, electoral, or military) are heard before State Courts, which account for 65 percent of all cases in the Brazilian justice system.</p> <h3>Special Lower Courts</h3> <p>To compensate for the slow pace of regular courts, Brazil has created a series of “Special Lower Courts,” which serve the purpose of mediating on cases that could be solved through agreements without the need for trial. They act on misdemeanors and disputes that don’t involve large sums of money.</p> <h3>Electoral Justice</h3> <p>This branch is responsible for the organization of elections in Brazil, as well as referendums and plebiscites. The electoral justice also rules on electoral issues and establishes the norms of Brazil’s electoral system.</p> <p>The Superior Electoral Court is formed by three Supreme Court justices, two justices from the Superior Justice Tribunal, and two lawyers who are nominated by the President. It can impeach both parties and elected officials.</p> <p>The court, however, is notable for its slow pace and bizarre interpretations. In 2017, for instance, the Electoral Court came to a judgment on the 2014 Dilma Rousseff-Michel Temer presidential campaign – three years after the election. And despite the abundant evidence of corruption during the campaign, the court decided to exclude most of the evidence in order to favor current President Michel Temer.</p> <h3>Labor Justice</h3> <p>This branch is responsible for disputes between employees and employers. It is also responsible for approving or barring new labor legislation. Brazil’s Labor Justice is supposed to help to balance labor relations. It is divided across 24 regions, each having two levels: the Courts of First Instance, and appeals courts. Presiding over those is the Superior Labor Court in Brasília, which has the final say on labor issues.</p> <h3>Military Justice</h3> <p>This is Brazil’s oldest judicial branch, and it can be traced back to 1808. It was at first just a part of the executive branch, and joined the judicial branch only in 1934. It rules exclusively on matters involving the norms, estate, and administration of the Armed Forces.</p> <p>The Superior Military Court is perhaps the least effective court in Brazil. In 2016, it cost taxpayers a staggering total of 419 million BRL – 85 percent of which was used to pay for the salaries of 15 justices and its staff. The court analyzes, on average, just 1,200 cases per year. For the sake of comparison, you should know that the Supreme Court’s budget is 554 million per year, but the 11 Supreme Court justices look at 8,000 cases per <em>month</em>.

Who is Luiz Fux, the new chief of Brazil’s Electoral Justice?