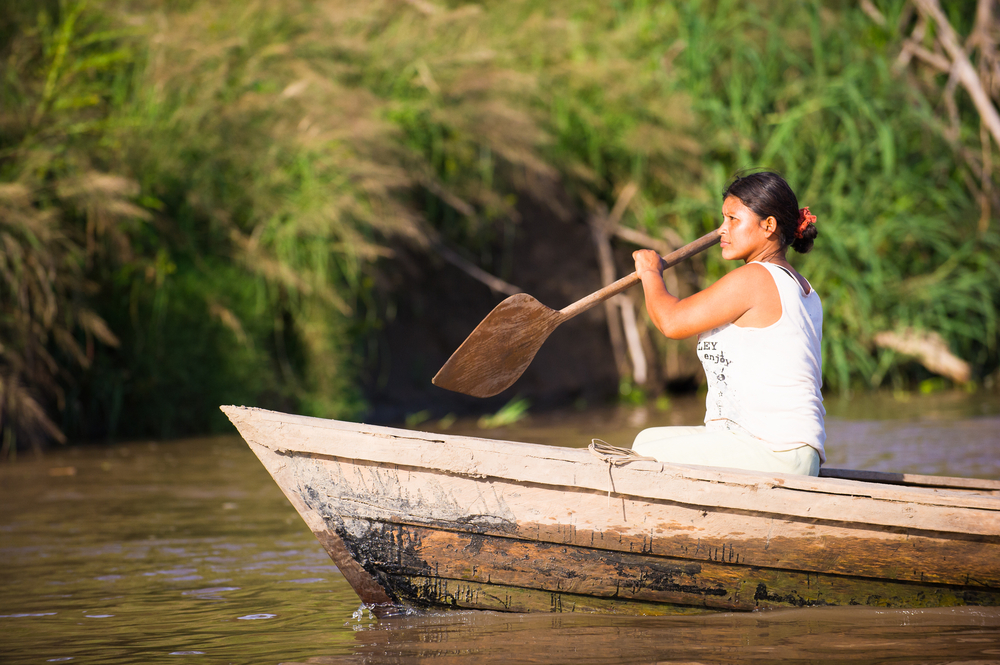 Amid last year’s Amazon fires crisis, Brazil’s far-right president Jair Bolsonaro addressed the United Nations General Assembly and placed a share of the blame for the wave of deforestation on indigenous communities, who, in his words, set fire to their lands “as part of their respective cultures and as a means of survival.”

This was vehemently refuted, however, by a recent peer-reviewed study published in the scientific journal PNAS, of the National Academy of Sciences of the United States of America. The paper came to the unsurprising conclusion that indigenous lands and protected areas actually serve as barriers against the rise of deforestation in the Amazon region.

</p> <p>As a simple illustration, despite making up over 50 percent of the area of the Amazon Basin, indigenous lands and protected territories are home to five times less deforestation than in the rest of the region.</p> <p>Forest management has long been identified as a crucial aspect to help curb the <a href="https://brazilian.report/business/2019/07/07/climate-change-food-prices-brazil/">effects of global climate change</a>. According to research from Richard Houghton and Alexander Nassikas, reducing emissions resulting from deforestation and increasing carbon uptake—via reforestation—could <a href="https://www.researchgate.net/profile/Richard_Houghton3/publication/319204320_Negative_Emissions_from_Stopping_Deforestation_and_Forest_Degradation_Globally/links/5b71788745851546c9fd46ea/Negative-Emissions-from-Stopping-Deforestation-and-Forest-Degradation-Globally.pdf">offset the carbon emission reduction goals</a> laid out in the Paris Agreement by some 60 percent.&nbsp;</p> <p>Bringing back the discussion to Amazon, only 10 percent of the region&#8217;s carbon stock losses between 2003 and 2016 came from indigenous territories or protected lands. In these areas, some 86 percent of their losses were offset by carbon uptake from reforestation and restoration initiatives.</p> <hr class="wp-block-separator"/> <div id="buzzsprout-player-1548880"></div> <script src="https://www.buzzsprout.com/299876/1548880-73-is-brazil-capable-of-protecting-the-amazon-on-its-own.js?container_id=buzzsprout-player-1548880&#038;player=small" type="text/javascript" charset="utf-8"></script> <hr class="wp-block-separator"/> <h2>Emissions on protected lands</h2> <p>The Amazon Basin is home to around 522 protected natural areas and 3,344 indigenous territories, spanning across eight countries and the <a href="https://brazilian.report/opinion/2019/09/04/european-amazon-destruction-macron-norsk-hydro/">overseas department of French Guiana</a>. In Brazil, there are currently 723 indigenous lands at various stages of demarcation.</p> <p>When it comes to protected natural areas, there are different classifications of these throughout the region. Some are strictly protected, while others allow some &#8220;sustainable&#8221; extractive industries, such as cultivating products from the forest for sale. These areas, however, have increasingly been encroached upon by cattle-farmers and loggers, and make up 90 percent of carbon emissions among protected lands.</p> <p>The most emblematic example of this is in the town of Xapuri, in the northern state of Acre, home to the Reserva Chico Mendes. Named after its <a href="https://brazilian.report/environment/2019/09/16/chico-mendes-amazon-protection/">most famous resident</a>, the environmental activist who was murdered in 1988, the reservation was meant to be a model of sustainable development, where the locals would farm nuts and rubber.&nbsp;</p> <p>Economic hardships took their toll on the surrounding community, however, and the lands of the reservation began being cleared for cattle pasture. During last year&#8217;s Amazon fire crisis, the Reserva Chico Mendes was the site of 163 blazes, the most out of all Brazilian protected lands.</p> <hr class="wp-block-separator"/> <div id="buzzsprout-player-1615333"></div> <script src="https://www.buzzsprout.com/299876/1615333-75-whatsapp-induced-fires.js?container_id=buzzsprout-player-1615333&#038;player=small" type="text/javascript" charset="utf-8"></script> <hr class="wp-block-separator"/> <h2>Things can always get worse</h2> <p>Indigenous and environmentalist groups in Brazil have been on red alert since the beginning of last year. The election of Jair Bolsonaro—who proudly proclaimed that under his administration &#8220;<a href="https://brazilian.report/power/2018/12/25/bolsonaro-indigenous-reservation/">not one more centimeter</a>&#8221; of indigenous land would be demarcated—has represented a significant setback for these movements, with the dismantling of environmental controls and the furthering of legislative proposals that could provoke irreparable damage to surviving indigenous communities.</p> <p>One such bill would allow mining activities to take place on indigenous lands, while another would permit these traditional communities to &#8220;lease&#8221; their territories to farming and extractive industries. Jair Bolsonaro has pushed these proposals forward under the justification that &#8220;indigenous people are being forced to live like prehistoric humans,&#8221; suggesting that they want to sell their land for profit.</p> <p>In response, 320 indigenous leaders from around Brazil gathered for a summit on the banks of the Xingu River in Mato Grosso do Sul state. Led by renowned indigenous chief Raoni Metuktire—<a href="https://brazilian.report/society/2019/09/30/indigenous-leader-raoni-nobel-peace-prize/">nominated for last year&#8217;s Nobel Peace Prize</a>—and Ângela Mendes, the daughter of Chico Mendes, the leaders discussed their opposition to the Jair Bolsonaro government and issued a joint letter to Congress, denouncing the president&#8217;s &#8220;political project of genocide, ethnocide, and ecocide.&#8221;

The indigenous ‘guardians’ giving their lives for their ancestral lands

Amazon droughts could impact climate change as much as deforestation