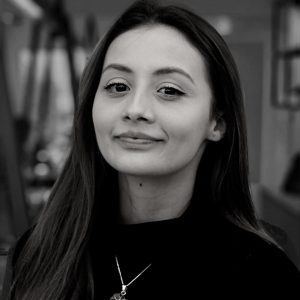 When Facebook, Instagram, and WhatsApp Messenger went off the air for six hours this Monday, Brazilian businesses held their breath. For most citizens, the social media outage gave them an opportunity to break free from the hustle and bustle of the always-connected digital world; while other citizens simply flocked to Twitter — seemingly the only social media still on the air.

But for countless small businesses in Brazil, social media is everything. With the ubiquity of WhatsApp Messenger in the country (the app is installed on 99 percent of Brazil’s cell phones), sales, customer relations, and almost every day-to-day task is centered around the Facebook-owned service.

And there is a financial benefit to conducting sales via WhatsApp. It often allows businesses to have direct and personalized access to customers and avoids profits being squeezed by major delivery apps — which command sizable commissions.

This dependency has only increased during the coronavirus pandemic, with more and more business forced online due to restrictive measures. Estimates from market intelligence firm Neotrust have e-commerce revenues in Brazil growing 18 percent this year, building upon the record BRL 126 billion (USD 22.92 billion) made in 2020.

Better late than ever, Facebook apps were working normally by Monday evening, providing relief for companies around the countries. But for those who lost sales, many plan to sue the social media company for damages. According to Fernando Capez, head of consumer protection service Procon-SP, Facebook will only escape liability if it can prove the flaw was caused by something outside its control.

But, if everyday citizens saw the WhatsApp outage as a wake-up call of how much they use social media in their daily lives, the same applies to businesses. Should they be so reliant on an app that they do not control? And, if not, what can they do to change this?