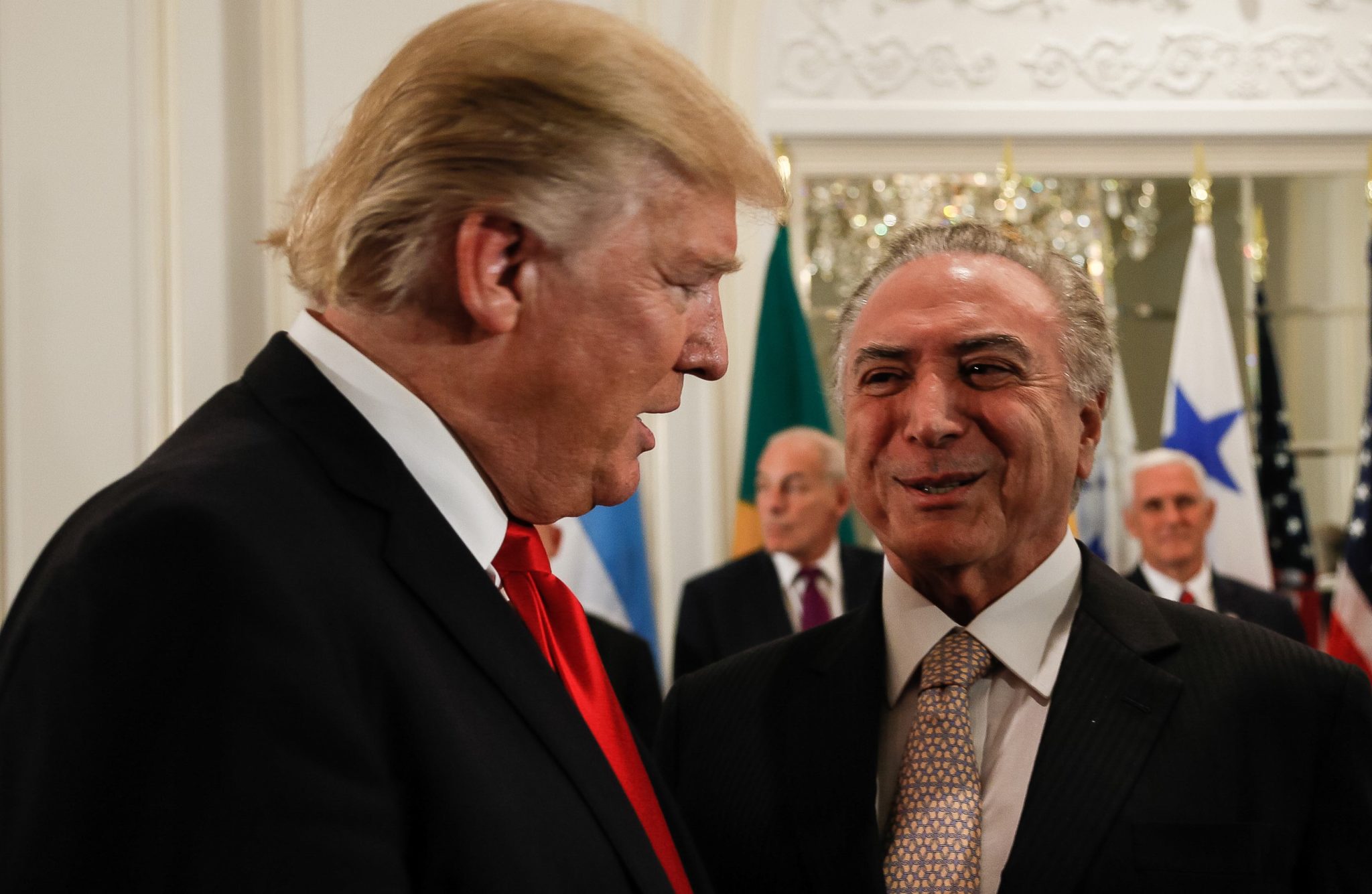 A few decades ago, there was a running joke to illustrate the extent to which the United States impacted Brazil’s economy: “when the United States catches a cold, Brazil is hit with pneumonia.” Over time the use of the phrase waned, as China surpassed the U.S. to become Brazil’s number 1 trading partner. Still, what happens to our North American neighbors continues to impact Brazil’s economy.

Such is the case with the tax reform proposed by Donald Trump’s administration. The American president promised the biggest tax cuts in U.S. history, which includes slashing the corporate rate from 35 percent to 20 percent. And that’s the part of Trump’s tax reform that risks hampering business in Brazil. We explain:

Right now, the U.S. system taxes corporate profits at 35 percent, but gives credits to companies that have already paid taxes abroad. Brazil imposes corporate tax rates of 34 percent. “So when multinationals make profits in Brazil, and send these profits back to America, they will pay only an additional 1 percent in taxes,” explains Eduardo Fleury, a Brazilian tax law expert.

Brazil has always been a country with prohibitively high taxes, but that hasn’t been an issue until now. Because even when companies paid lower taxes in countries like England or France, they would have to pay the difference to reach 35 percent of their profits once the money was sent back to the States. That logic changes if – and when – these new tax laws are approved by the U.S. Congress.</p> <p>“Giving better rates to corporations is a measure to <a href="https://www.nytimes.com/2017/10/16/us/politics/trump-tax-plan-wages-corporate-rates.html">increase competitiveness</a>. This measure was already considered by the Obama administration. It follows a global trend of lowering corporate taxes to stimulate investments,” says Fleury.</p> <p>Companies will face a dilemma: why invest in a country where they would pay 14 percent more taxes than in other countries? The OECD average is at 22.5 percent – and that’s because the average is pushed up by the current American rate. Eight countries slashed their corporate tax rates in 2017, with cuts averaging 2.7 percentage points. No country has promoted a cut bigger than Hungary, which took its rate to just 9 percent.</p> <p>If Brazil wants to remain an attractive destination for investments, it would have to offer an incredible business environment, capable of providing a return-on-investment rate much better than similar nations.</p> <p>So why doesn’t Brazil lower its rates? Well, because the cash-strapped government has already been struggling to increase revenue. To lower corporate taxes, it would have to raise other taxes – and 2018 is an election year.</p> <p>Most experts agree that Brazil is long due for an <a href="https://brazilian.report/2017/10/30/rich-brazilians-top-1-percent/">overhaul of its tax system</a>. “Focusing its taxation on companies is a bad way to proceed. There are far too many maneuvers for that. Transitioning to a system based on taxing physical persons would make more sense and curb the distortions and injustices of our current method,” ponders Fleury.</p> <p>Unless Brazil addresses its tax issues, companies might risk getting cold feet when it comes to investing here. Of course, the flee of capital would not happen overnight &#8211; but the clock will be ticking.</p> <p><div class="infogram-embed" data-id="d73590fc-7f47-43fe-9050-82ece41e4a16" data-type="interactive"></div><script>!function(e,t,s,i){var n="InfogramEmbeds",o=e.getElementsByTagName("script"),d=o[0],r=/^http:/.test(e.location)?"http:":"https:";if(/^\/{2}/.test(i)&&(i=r+i),window[n]&&window[n].initialized)window[n].process&&window[n].process();else if(!e.getElementById(s)){var a=e.createElement("script");a.async=1,a.id=s,a.src=i,d.parentNode.insertBefore(a,d)}}(document,0,"infogram-async","//e.infogram.com/js/dist/embed-loader-min.js");</script>

Income tax in Brazil: past, present, and future

Embraer, ethanol: How Brazil will try to avoid Trump’s tariffs

These charts show how isolated Brazil’s economy is