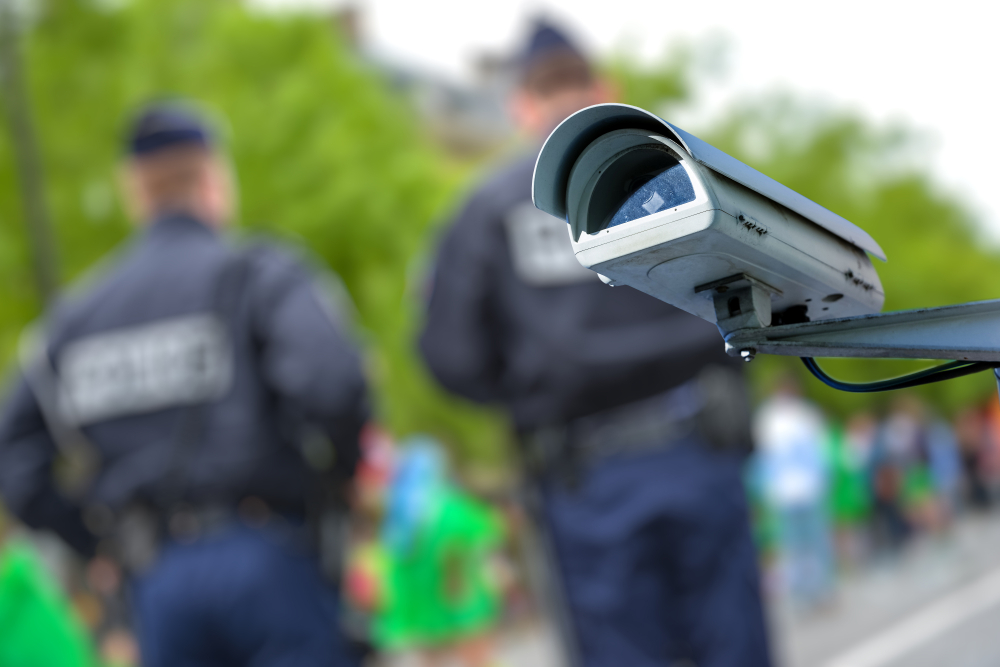 You’re reading The Brazilian Report‘s weekly tech roundup, a digest of the most important news on technology and innovation in Brazil. This week’s topics: How “racist” facial recognition algorithms are yet another problem for Brazil’s low-income populations. Brazil becomes an “edtech” hotbed.

How Brazil is using facial recognition to make arrests

The use of facial recognition systems for law enforcement purposes in Brazil is still in its early stages, with

five states using these tools on a trial basis. Brazilian NGO Rede de Observatórios da Segurança collected data on arrests made by the police after suspects were flagged by the technology—and the results show a similar problem already detected in many parts of the world: facial recognition algorithms enhance racial bias.</p> <p>According to the NGO&#8217;s <a href="https://theintercept.com/2019/11/21/presos-monitoramento-facial-brasil-negros/">report</a>, 151 suspects were arrested through facial recognition between March and October—90.5 percent of them being either black or mixed-race. According to Pablo Nunes, an expert in public safety, &#8220;the only certainty is that technology will further enhance the country&#8217;s mass incarceration policies of black and peripheral young males.&#8221;</p> <h4>How does facial recognition work?</h4> <p>Unlike what most people believe, facial recognition software doesn&#8217;t analyze the entire face or expressions. Just like with fingerprints, facial recognition is based on analyzing certain parts of the face and matching their metrics with an existing database. The system&#8217;s margin for error is much larger, as people with makeup, long hair, or yawning can trigger glitches.</p> <figure class="wp-block-image"><img src="https://brazilian.report/wp-content/uploads/2019/11/shutterstock_683167603.jpg" alt="Facial recognition detection technology. Photo: Zapp2Photo" class="wp-image-28309" srcset="https://brazilian.report/wp-content/uploads/2019/11/shutterstock_683167603.jpg 1000w, https://brazilian.report/wp-content/uploads/2019/11/shutterstock_683167603-300x200.jpg 300w, https://brazilian.report/wp-content/uploads/2019/11/shutterstock_683167603-768x512.jpg 768w, https://brazilian.report/wp-content/uploads/2019/11/shutterstock_683167603-610x407.jpg 610w" sizes="(max-width: 1000px) 100vw, 1000px" /><figcaption>Facial recognition detection technology. Photo: Zapp2Photo</figcaption></figure> <p>These systems remain highly unreliable when operated in massive crowds—last year, facial recognition was used during the UEFA Champions League final in Cardiff, Wales. Of the 2,470 potential matches with custody pictures, 92 percent (or 2,297) were wrong. The same thing happened in Brazil this year. During a Carnaval parade in Feira de Santana (Bahia), facial recognition systems captured the images of 1.3 million revelers, issuing 903 alerts. In 96 percent of cases, the &#8220;suspects&#8221; were not suspects at all.</p> <p>Chinese behemoth Huawei, one of the leaders in the sector, defends its technology. The company uses an example in Salvador to prove the reliability of facial recognition. Huawei&#8217;s “trophy case” was a 19-year-old fugitive spotted in a crowd dressed up as a woman. But he was flagged while passing through a security check—when people are in a line, not in a crowd.</p> <h4>Why is facial recognition &#8220;racist&#8221;?</h4> <p>While the system in itself is not racist, of course, what we have often seen is that racial biases presented in our societies are unintentionally introduced into the process of building this kind of software—developers&#8217; polls tend to be less diverse in gender and race. As Clare Garvie and Jonathan Frankle explain in this piece for <a href="https://www.theatlantic.com/technology/archive/2016/04/the-underlying-bias-of-facial-recognition-systems/476991/"><em>The Atlantic</em></a>, &#8220;the engineer that develops an algorithm may program it to focus on facial features that are more easily distinguishable in some races than in others—the shape of a person’s eyes, the width of the nose, the size of the mouth or chin. This decision, in turn, might be based on preexisting biological research about face identification and past practices which themselves may contain bias. Or the engineer may rely on his or her own experience in distinguishing between faces—a process that is influenced by the engineer’s own race.&#8221;</p> <h4>Data Protection</h4> <p>Brazil’s new Data Protection Law will take effect next year. It treats people’s facial recognition as sensitive data (therefore requiring special treatment) but leaves a few gaps. For instance, regarding how public security will come into the equation, and how a checks and balances system will be employed for those controlling the system.</p> <hr class="wp-block-separator"/> <h2>Lack of engineers inflates salaries in Brazilian tech</h2> <p>The shortage of IT professionals in Brazil has increased the average salaries in the sector by 44 percent, according to research by HR consultancy Trampos.co. By analyzing 1,415 job offers posted on its platform until October, the company discovered that the average salaries reached BRL 9,750 in 2019, BRL 3,000 more than in 2018. According to the data, 40 percent of job offers were looking for full-stack developers, 27 percent wanted front-end developers and 17 percent needed back-end professionals. Concerning programming languages, Javascript, HTML, and CSS were the most sought after; professionals who dominate all three could earn up to BRL 10,000. The study also concludes that, as the demand comes from companies of all sizes, the need to hire professionals is set to continue—in stark contrast to <a href="https://brazilian.report/newsletters/daily-briefing/2019/11/12/brazil-plan-tackle-youth-unemployment-tv-ads/">Brazil’s 11.8-percent unemployment rate</a>.&nbsp;</p> <hr class="wp-block-separator"/> <h2>Brazil becomes “edtech” heaven, says research&nbsp;</h2> <p>In the past five years, 229 new educational technology startups—or “edtechs”—were created in Brazil, boosting the total count to 434, according to new research by innovation company Distrito. The Distrito Edtech Report divides these companies into seven categories, of which “tools for institutions” are the most popular, comprising 25.4 percent of the startups, followed by “new teaching methodologies,” with 20.8 percent. Surprisingly, the study also found there is a balance when it comes to target audiences, as 35.8 percent are focused on final consumers, 31.4 percent aim to serve other companies and 23.8 percent reach final consumers through other companies (so-called B2B2C). This suggests the existence of a more diverse market which can also provide solutions for bigger companies. The report also shows that this booming activity has been picked up by investors, as three of the biggest ten funding rounds of the sector in Brazil happened in 2019, raising more than USD 12 million.