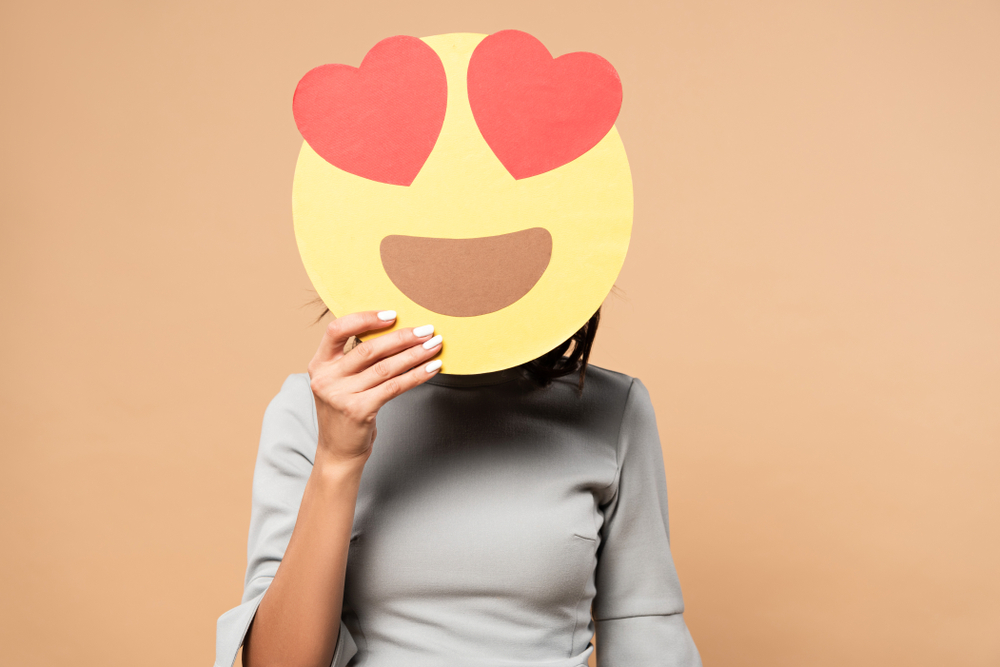 You’re reading The Brazilian Report‘s weekly tech roundup, a digest of the most important news on technology and innovation in Brazil. This week’s topics: Are emoji criminal evidence? Brazilian agribusiness pumped by technology. New telecom regulations. Innovation from scraps.

In Brazil, emoji can be used as evidence

We’ve all done it. Whether out of laziness, hurry, or just fun, we’ve all used emoji instead of words.

</p> <p>For some, it is a healthy addition to our text. &#8220;The way we use emoji in our digital messages is similar to the way we use gestures when we talk,&#8221; <a href="https://theconversation.com/emoji-arent-ruining-language-theyre-a-natural-substitute-for-gesture-118689">wrote</a> La Trobe University researcher Lauren Gawne, on <em>The Conversation</em>. Detractors, however, have pointed out that <a href="https://www.telegraph.co.uk/education/2018/04/17/emojis-ruining-english-language-young-people-rely-communicate/">people&#8217;s language skills are deteriorating</a> now that smartphone users (especially younger ones) are opting for emoji instead of actually articulating their thoughts.</p> <figure class="wp-block-embed-twitter wp-block-embed is-type-rich is-provider-twitter"><div class="wp-block-embed__wrapper"> <blockquote class="twitter-tweet" data-width="550" data-dnt="true"><p lang="en" dir="ltr">Here are the most-used emoji on Twitter this year. 😂 comes out on top, with 6.6 billion uses. <a href="https://twitter.com/hashtag/YearOnTwitter?src=hash&amp;ref_src=twsrc%5Etfw">#YearOnTwitter</a> <a href="https://t.co/BOX9y9CDFK">pic.twitter.com/BOX9y9CDFK</a></p>&mdash; Twitter Data (@TwitterData) <a href="https://twitter.com/TwitterData/status/673905956909133824?ref_src=twsrc%5Etfw">December 7, 2015</a></blockquote><script async src="https://platform.twitter.com/widgets.js" charset="utf-8"></script> </div></figure> <p>In 2019 Brazil, in which the federal government is essentially run <a href="https://brazilian.report/newsletters/daily-briefing/2019/03/07/bolsonaro-sparks-crisis-after-golden-shower-tweet/">via Twitter</a>, emoji have become a political matter. They were at the center of the crisis which <a href="https://brazilian.report/power/2019/10/15/president-bolsonaro-feud-psl-party/">rattled Jair Bolsonaro&#8217;s Social Liberal Party</a>. Amid a struggle for the control of BRL 100 million in electoral funds, the president&#8217;s clan clashed with the government&#8217;s whip in Congress, <a href="https://brazilian.report/power/2019/03/01/joice-hasselmann-bolsonaro-trump/">Joice Hasselmann</a>.</p> <p>Rio de Janeiro councilor Carlos Bolsonaro published a tweet with an indirect attack to Ms. Hasselmann, consisting of just five emoji: &#8220;🐷🐭🐍🐔🦑&#8230;&#8221; The chicken is a Brazilian slur equivalent to &#8220;whore&#8221; or &#8220;slut,&#8221; while the squid (<em>lula</em>, in Portuguese) is a reference to former left-wing president Luiz Inácio Lula da Silva.</p> <p>In return, Ms. Hasselmann tweeted: &#8220;🦌🦌🦌🐁🐀🐀.&#8221; The Portuguese word for deer, <em>veado,</em> is used as a homophobic slur.</p> <p>Smartphone users, however, should be more sensible in choosing their picture icons. For many Brazilian courts, emoji have the same value as words—and can be admissable as evidence.</p> <h4>Emoji as evidence</h4> <p>Brazilian courts have yet to set a precedent on the legal value of emoji as evidence. At the moment, cases are decided by their judge&#8217;s own set of moral values. In São Paulo, for instance, a man was found guilty of racism for sending a banana emoji (🍌) to a black friend—the judge considered he was calling the friend a monkey.</p> <p>But if emoji can convict—they can also acquit. A judge dismissed a sexual harassment accusation based on the &#8216;blowing kiss emoji&#8217; (😘). The plaintiff complained that her former boss made sexual advances during the two years she worked for him—but the emoji trumped argument that the hierarchy between them translated into harassment. &#8220;The plaintiff sends a blowing kiss emoji, reinforcing the conclusion that, even if the romantic interest of the accused wasn&#8217;t reciprocal, the plaintiff suggested it was,&#8221; read the sentence.</p> <h4>International examples</h4> <p>A 2018 case in Israel might be the most notorious emoji-based case in international law to this date. After visiting a flat, potential tenants sent the property a series of effusive emoji, such as champagne bottles (🍾) and the &#8220;victory hand&#8221; (✌️). When they backed out of the lease, courts decided that the emoji were enough to express their intention to rent the flat, making the would-be tenants pay around USD 2,000 in compensation.</p> <p>Eric Goldman, a law professor at Santa Clara University, has been tracking references to “emoji” and “emoticon” that show up in U.S. court opinions. He <a href="https://www.theverge.com/2019/2/18/18225231/emoji-emoticon-court-case-reference">told</a> <em>Verge </em>of an exponential rise in these cases—of the 165 instances since 2004, 30 percent happened in the past year.</p> <h4>The history of emoji</h4> <p>According to <a href="https://www.rd.com/culture/history-of-emoji/"><em>Reader&#8217;s Digest</em></a>, &#8220;[emoji] were created in 1998 by Shigetaka Kurita, an engineer at the Japanese phone company, NTT Docomo. He was working on a way for customers to communicate through icons. The result was a set of 176 icons he called emoji. The name combines two Japanese words: “e” (picture) and “moji” (character). [Mr.] Kurita says that he drew inspiration for his emoji from manga, Chinese characters, and international signs for bathrooms.&#8221;</p> <hr class="wp-block-separator"/> <h2>Advanced tech boosts Brazilian agriculture</h2> <p>The Brazilian Institute of Geography and Statistics has just released its latest Agricultural Census—showing that Brazil&#8217;s agribusiness sector amounted to BRL 465 billion in 2017. While planted areas have not significantly increased, production skyrocketed. Herbaceous cotton producers, for example, saw their kilo per hectare rate jump from 2,900 in 2006 to 4,100 in 2017. Soybean producers saw a similar rise, going from 2,500 to 3,300 kilos per hectare. Experts put these numbers down to technological advances.</p> <p>On the flip side, the continuous automation in agricultural processes (the number of tractors rose by 50 percent) led to a decrease in the number of people employed on farms: there are 1.5 million fewer workers than a decade ago.&nbsp;</p> <hr class="wp-block-separator"/> <h2>Telecom regulations more up to date</h2> <p>Brazil&#8217;s telecom regulator (Anatel) has revised rules in place since the year 2000 regarding the sale and use of broadcasting-related products in the country. Perhaps the main change involves loopholes put in place to address new technologies, allowing the alteration of rules and the introduction of new ones in accordance with the &#8220;urgency of use&#8221; of new tech.</p> <p>The concept of &#8220;urgency of use&#8221; is purposefully open-ended and means that in the absence of defined technical requirements and/or procedures to evaluate new technologies, Anatel will have the power to issue &#8220;provisional supplementary rules&#8221; which take into account &#8220;international experiences in the use of the product.&#8221;</p> <p>The new rules include certain principles to be used in the analysis of broadcasting products, such as &#8220;economic freedom and free competition,&#8221; which could be a nod to demanding a variety of plans. There is also a mention of the &#8220;efficient and rational use of the broadcasting spectrum&#8221; and the &#8220;compatibility, integrated operation, and interconnection between networks.&#8221;</p> <hr class="wp-block-separator"/> <h2>Innovation from the favela</h2> <p>Twenty-four-year-old mechanical engineer Lucas Lima lives in Complexo do Alemão, one of Rio de Janeiro&#8217;s most violent areas. He believes that technology must be used as a way to turn peripheral communities into innovation-inducing areas. His case is a proven example. Without the money to buy a 3D printer (which can cost at least BRL 15,000—or 15 times the minimum wage), he looked for scrap metal and built one for himself from scratch—at an overall cost of BRL 600. The invention, called Maria (an homage to his mother), has already won prizes—and received BRL 50,000 in angel investment.