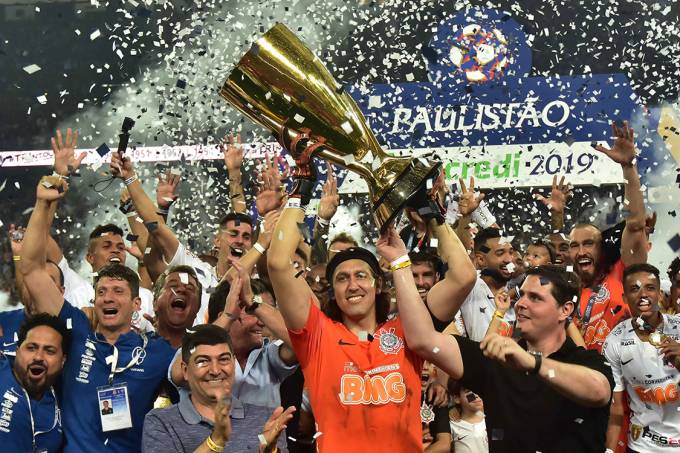 Welcome back to the Brazil Sports newsletter! We hope you had an excellent holiday period and are ready to sink your teeth back into the Brazilian football season, which starts back up this week with state championships. The year 2020 promises to be a huge one for sport in Brazil, with the Tokyo Olympics starting in July, the Copa America (again) in June, and the country will celebrate the 50th anniversary of the famous 1970 World Cup win. Tune in every week, and you won’t miss a beat!

After a little more than a month off, the Brazilian football season is back underway. The national championship only starts up again in May, but until then, the country’s 27 states compete in their own local competitions, the so-called State Championships—much to the confusion of foreign observers.

What are they? Simply put, the state championships involve all the football clubs from a particular state, split into divisions and usually following a league-play off structure. The competition itself provides no qualification to continental tournaments but serves as one of the entry routes to the Copa do Brasil: Brazil’s annual domestic cup competition. However, with 91 teams qualifying for the Copa do Brasil, the stakes aren’t particularly high for any major sides.

Uneven playing field. While every town in Brazil has at least one football club, the gap in quality within states can be astounding. In Rio de Janeiro, it is not uncommon to see national champions Flamengo playing away from home on an overgrown pitch, against a semi-professional opposition with less than 50 supporters, and without enough players registered to fill their substitutes bench.

Why do they do it? The most commonly asked question from foreign football fans, wanting to understand Brazil’s state football. First and foremost, the state championships are based on tradition. Football in Brazil developed on a purely regional and state level, with the first “nationwide” tournament only being organized in 1959. A conventional national league was only brought in in 1971. And even then, the state championships were the major prize in Brazil all the way up until the 1990s.

Furthermore, with a country of Brazil’s size, a huge contingent of its football fans are casual observers and are genuinely only interested in local bragging rights. For many supporters of São Paulo club Corinthians, beating Grêmio, from the city of Porto Alegre—some 900 kilometers away—is one thing, beating local rivals Palmeiras, in any context, is another story entirely.

“Paulistinha.” For the last 30 years, the concerns of Brazilian football’s top clubs has become increasingly national, continental, and—in some cases—global. State championships have progressively lost importance. The watershed moment came in 1999, during the final of the São Paulo state championship—or, Campeonato Paulista—between fierce rivals Palmeiras and Corinthians. Palmeiras were fresh from winning the Copa Libertadores, South America’s leading club competition, and in a particularly heated and violent state final, Corinthians ended up winning the Campeonato Paulista. Upon leaving the pitch, Palmeiras’ outspoken forward Paulo Nunes told reporters that Corinthians could “keep the Paulistinha,” using the diminutive suffix –inha to disparage the importance of the trophy. Since then, the nickname has stuck.

Scheduling. The major issue with today’s state championships is the space it takes up on the Brazilian football calendar. Major clubs already have a 38-game national league, the Copa do Brasil, and continental tournaments to dispute throughout the year, the state championships consist of another 15-20 matches squeezed into an already cramped schedule.

On borrowed time? It would appear that now, major clubs are finally beginning to put state football to one side. For years, southern clubs Grêmio, Internacional, and Athletico-PR have played their U23 squads in state competitions. This year, Brazilian champions Flamengo will do the same, and the likelihood is that others will begin to follow suit.

If Brazil’s state championships are good for one thing, it is to relive the country’s countless local derby matches. Even with clubs who rest their first team for state tournaments, they go full-strength whenever they play their rivals. Here are some of Brazil’s biggest clássicos, which we will be keeping our eye on during the state championships.

As it is all around the world, the most intense football rivalries come in cities that are only big enough to fit two top-level clubs. In Belo Horizonte—despite having the traditional América-MG lingering in the background—it’s all about Atlético Mineiro and Cruzeiro.

The one-upmanship between the two is such that after Cruzeiro’s historic relegation from the first division in December, Atlético wasted no time commissioning a number of official club billboards around Belo Horizonte to lampoon their rivals. One, on the highway between the international airport and the city itself, presents Atlético as “the only first division club in town,” while another, one block away from Cruzeiro’s training center, reads: “your pain is our pleasure.”

In another “two-club town,” Porto Alegre giants Grêmio and Internacional are always at each other’s throats. Back in 1909, two brothers decided to found their own football club, as the biggest side of the time—Grêmio—was exclusively for German immigrants. They called their club Internacional, as a demonstration that all were welcome. These initial class and ethnic divisions have all but disappeared now, but they laid the ground for a bitter rivalry that splits the city.

Games between the two are unlike most other clássicos around the country, being more attritional and physical, often ending in few goals and a flurry of cards—not too dissimilar to derbies in Argentina, which is a quick hop over the border from Porto Alegre.

It is also one of the more “insular” derbies in Brazil. While the country’s most popular clubs Flamengo and Corinthians have constituencies of fans all over Brazil, allegiances in Porto Alegre go one of two ways: the blue, white and black of Grêmio, or the red of Internacional.

There is a common misconception that the biggest rivalry in Rio de Janeiro—or in Brazil—is Flamengo v. Fluminense, the much-lauded Fla-Flu. While it is certainly the most storied and colorful derby in the Wonderful City, the Fla-Flu plays second fiddle to when Flamengo take on Vasco da Gama, in what is known as the Clássico dos Milhões, or Derby of Millions, in reference to the size and popularity of the two clubs. While Flamengo is the biggest club in Brazil by some distance, their popularity is closely rivaled inside the city of Rio de Janeiro by Vasco.

The antagonism goes all the way back to the primordial years of football in Brazil, and even many years before. Flamengo and Vasco were originally rowing clubs, which was the most popular sport among the Rio de Janeiro elite in the 19th century. Until today, the official names of both Flamengo and Vasco both include “clube de regatas,” or rowing club.

The derby has become a bit one-sided in recent years, with Vasco’s last major title coming in 2011, and Flamengo are the current Brazilian and South American champions.

Brazil’s biggest city, São Paulo, is large enough to host three giant football clubs: Corinthians, Palmeiras, and São Paulo. What’s more, just an hour’s drive away is Santos, home to the club that Pelé and company made one of the biggest in the world in the 1950s, 60s, and 70s.

While all four have their own rivalries with one another, it is the derby between Corinthians and Palmeiras that takes top billing. Two clubs of working-class origin—Corinthians being founded by Syrian and Lebanese immigrant laborers, and Palmeiras started by Italian factory workers—they have traditionally held the most popular appeal in the city, despite São Paulo leapfrogging Palmeiras in fanbase numbers around the 2000s.

The existence of a third club has only served to refine the Corinthians–Palmeiras derby, which, despite its intensity, manages to hold on to a level of mutual respect, even though it rarely shines through. Fans of both teams refer to São Paulo as the “enemy,” while Corinthians and Palmeiras call the other “rivals.”

The pair have decided a number of state and national finals, as well as several Copa Libertadores knockout ties. This year, the draw for South America’s biggest club tournament will pit Corinthians and Palmeiras against one another in the group stages, providing the former progress through the qualifying round.