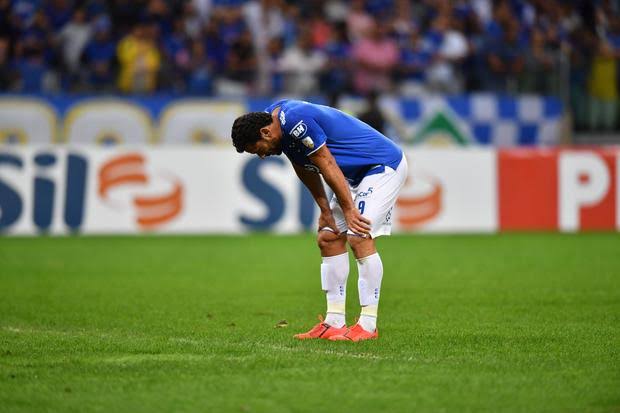 Cruzeiro is the most-talented squad ever to be relegated in Brazil. Photo: Leo Fontes

Hello, and welcome to the Brazil Sports newsletter! With the league season brought to a close, we look at the momentous relegation of Cruzeiro, one of the country’s biggest clubs. Meanwhile, on the other end of the table, lowly Fortaleza exceeded everyone’s expectations this season, qualifying for a continental tournament for the first time in their history. We tell their story. Happy reading!

Sunday afternoon in the Mineirão stadium—the stage of Brazil’s 7-1 drubbing against Germany in the 2014 World Cup—and the home team Cruzeiro are fighting for their lives. The Belo Horizonte side needed to win their final league match, at home to Palmeiras, and hope for a defeat for northeastern club Ceará in order to avoid relegation to the second division.

The disaster. Things were almost going their way until Palmeiras—with nothing to play for—took the lead. News filtered through that Ceará had scored an equalizer in their match, and the Mineirão went silent. That was until the sound of bombs, thrown by the police to disperse a group of Cruzeiro fans that had begun to riot, broke the hush.

The match continued, with seats being ripped out of the stand and thrown onto the pitch and a constant din of bombs inside and outside the stadium. Watching on television, it was as if the match was being played in the middle of an airstrike. As regular fans—many with young children—huddled in search of refuge from tear gas and the risk of violent confrontations, Palmeiras scored a second. The referee, fearing an even more serious incident, stopped the game with five minutes left to play. Cruzeiro were relegated.

Why it matters. In a league with so many major clubs with large fanbases, it is not uncommon for big sides to get relegated. In fact, at the beginning of this season, only four sides had never fallen to the second division: Flamengo, Santos, São Paulo—and Cruzeiro.

Anatomy of a crisis. Not too dissimilar to a plane crash, the relegation of a major football club is made up of a number of decisions and events that ever so slowly contribute to the tragic denouement. In our first Brazil Sports newsletter, we spoke of a police investigation into reports of fraud, misrepresentation and money laundering within the Cruzeiro board, a sure-fire sign that things were not well at the club.

Then, there were reports of players going without their wages. The club’s president, Zezé Perrella, gave an interview before Cruzeiro played a crucial away match against Vasco da Gama, confirming that players’ salaries had not been paid for two months, but that “footballers get paid so much money, if they go two months without wages, they’re not going to miss it.”

On the pitch. More of the classic trappings of a major club relegation were seen on the Cruzeiro substitutes’ bench. In 2019, the club had four different managers. The year began with Mano Menezes in charge, who had been one of the longest-serving coaches in the league, holding the job since 2016. Rogério Ceni was poached from Fortaleza (more on him below) but only lasted for six weeks before he was given the sack. Abel Braga was the next to be parachuted into the job, and only got two months. With three games to go and the club on the brink, Adilson Batista was brought in as coach without even signing a contract. “Get Cruzeiro out of this mess, and then we’ll talk,” he was told by club president Perrella.

What now? As mentioned earlier, big clubs being relegated is hardly a novelty in Brazil. Some respond well, using the year in Série B to restructure their wage bill, and come back stronger. Others have been less successful. There is reason to believe that Cruzeiro could find their return harder than some of their peers.

In the past, the system of broadcasting rights has allowed clubs to go down to the second division, yet continue receiving a one-year parachute TV payment as if they were still in the top tier. Providing the team won promotion back into the Série A at the first opportunity, their revenue wouldn’t take such a large hit. This system has now changed, and for 2020, Cruzeiro will have to deal with a massive drop in TV revenue, going from an estimated BRL 70 million down to BRL 10 million.

With Cruzeiro relegated from the first division, you would excuse Fortaleza coach Rogério Ceni for cracking a wry smile. Ceni was convinced to join Cruzeiro in August, with the club taking him from Fortaleza to join the Belo Horizonte giants. After only six weeks, he had been dismissed. Fortaleza welcomed him back with open arms.

Now, the season is over. Cruzeiro finished 17th and will go down to the second division. Fortaleza finished 9th, and qualified for the Copa Sudamericana. Karma?

Why it matters. This season was Fortaleza’s first in the top division of Brazilian football since they were relegated in 2006. In their time away from the Série A, they also spent eight seasons in the third division. So, naturally, their objective this season was simply to avoid relegation. They didn’t just manage that, but went on to qualify for the first continental tournament in the club’s history, finishing above a number of “bigger” sides.

Fueled by the fans. One of the keys to their success was the constant backing of the home fans at the Castelão stadium in Fortaleza. With an average attendance of 33,000 per game, Fortaleza came second only to Flamengo in terms of bums on seats, outstripping a number of English Premier League sides. The fans thanked the players at the weekend, unveiling a large tifo of an airplane, commemorating their first-ever qualification for a continental tournament.

Goal of the Year

With the end of the football season upon us, we decided to look back on 2019 as a whole and pick out the best goal of the last 12 months. There were many contenders, but Giorgian de Arrascaeta’s overhead kick against Ceará in August takes the cake. Almost four months later and it still leaves me open-mouthed.

Série A. So, the first division is over for another year. Santos sealed second place with an impressive 4-0 win over champions Flamengo, and Palmeiras, Grêmio, Athletico-PR, and São Paulo were the other teams earning qualification to the Copa Libertadores group stage for 2020. Internacional and Corinthians managed to earn spots in the Libertadores qualifiers, while Fortaleza, Goias, Bahia, Vasco, Atlético-MG, and Fluminense will play the Copa Sudamericana. Cruzeiro, as we explained above, were relegated, joining CSA, Chapecoense, and Avaí in the second division.

Surfing. Elected the Surfer of the Year 2019 by the Surfer Award, Brazil’s Ítalo Ferreira kicks off the final stage of the World Surf League in Hawaii this week at the top of the leaderboard. The tournament will also decide who will represent Brazil in next year’s Olympic Games. Compatriots Ferreira, Filipe Toledo and Gabriel Medina are all at the top of their games, but will have to battle it out for just two spots in Tokyo.

Copa America 2020. Next year will see yet another edition of the Copa America, the leading tournament between South American nations. The competition will be held in Argentina and Colombia, and separated into two modules, north and south. Brazil will play in the north module, alongside Colombia, Venezuela, Ecuador, Peru, and invited nation Qatar. The tournament kicks off on June 12, 2020.

Brazil Sports. With the end of the football season, this will be the final edition of the Brazil Sports newsletter in 2019. We’ll be back with a brief bulletin before the holidays, covering Flamengo’s exploits in the World Club Cup in Qatar. See you next year!

What subjects do you want us to cover next year? Write me up at [email protected] or tweet me: @euanmarshall!

Where will Neymar end up playing this season?