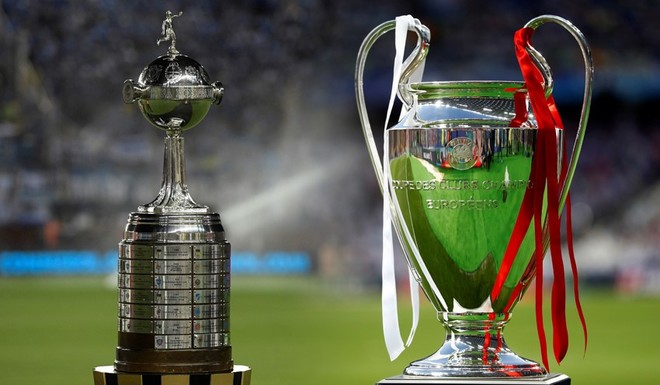 Welcome back to the Brazil Sports newsletter! This week, we look at the financial chasm that exists between the Copa Libertadores and Champions League, and report on the bizarre criminal scheme of a group of Flamengo fans who wanted to “invade” their own stadium. Plus, all the latest sports news. Happy reading!

More than an ocean between Copa Libertadores and Champions League

Brazilian football had another of its epic evenings last week as Flamengo defeated Grêmio in the semifinals of the Copa Libertadores, South America’s equivalent to the Champions League. Defeat, in fact, is not the right word. Flamengo obliterated Grêmio, winning 5-0 in front of a packed Maracanã, never giving their opponents the slightest glimmer of hope.

Why it matters. With that, Flamengo will go on to play Argentinian giants River Plate in the final of the Copa Libertadores next month, in a one-off match in Santiago. River are the current holders of South America’s biggest club competition, while Flamengo—the most popular club in South America—haven’t won it since 1981.

First South America, then the World. The ultimate goal of South American clubs, however, doesn’t end with the continental final. While the Libertadores is a huge and celebrated achievement, it also comes with a ticket to the World Club Cup—the absolute highest honor for any team outside of Europe.

Gulf in class. For decades, however, the gap in quality between the Champions League and Copa Libertadores winners has been getting wider and wider. With the exception of Corinthians’ impressive 2012 World Club Cup win over a fragile and underwhelming Chelsea side, teams from South America have struggled to even land a blow when coming up against Champions League winners.

A report from Italian football finance blog Calcio Finanza gives us a good indication of exactly why the gap is so large.

Comparing this year’s semi-finalists from both tournaments, there is a chasm between the two continents in revenue terms. While Barcelona, Liverpool and Tottenham drew in around EUR 200 million from TV rights, Flamengo and Grêmio’s broadcasting intake sat at EUR 53.5 and 33 million respectively. For Argentinian sides, it’s only around 2 percent of what major European sides pull in.

Ajax. While this is not a European football newsletter, the comparison really shines a light on how much Ajax were punching above their weight financially when reaching the Champions League semi-finals. Their recurring revenue is comparable to that of Brazil’s big clubs, with European prize money and the strong currency a big influence.

Brazil underperforming. While clubs such as River Plate and Boca Juniors are always going to command respect from Brazilian sides, a look at the financial structure of Argentinian football shows that Brazil should really be blowing their neighbors away on a regular basis. Flamengo’s revenue is double that of River Plate, and despite being a huge exporting nation of players, they can’t compete with Brazilian sides in terms of the transfer sums they demand.

Despite this financial gap within South America, Brazilian clubs have only won eight out of the last 20 Copa Libertadores finals—the same number as Argentina.

Scalping the scalpers: the criminal plan to invade the Maracanã

While this has been long overshadowed by Flamengo’s illustrious dismantling of Grêmio, one day before the semi-final a brazen and criminal scheme to “invade” the Maracanã stadium was quashed by Rio de Janeiro police.

Arrests. On Tuesday morning, law enforcement arrested 21 people accused of planning a series of attacks and assaults to force their way into the game and watch Flamengo defeat Grêmio. Ninety others, suspected of also taking part, were subpoenaed.

The plan. Through instant messaging groups, the criminals plotted a bizarre scheme which involved robbing Flamengo fans outside the stadium, stealing beer from street sellers to drink during the game, confronting the police and security forces, and attacking visiting Grêmio fans.

Tickets. Another part of the plan involved printing false tickets to get past the initial checks in the surrounding areas of the stadium and then forcing their way through the turnstiles. One member even suggested robbing scalpers selling spare tickets outside the ground, while others were in favor of targeting fellow Flamengo fans and stealing their tickets.

Precedent. While the police successfully intercepted the scheme, this wouldn’t have been the first—or second—time that such an invasion occurred at the Maracanã. In the 2014 World Cup, Chilean fans broke into the press area of the stadium and made their way to the terraces, while in 2017, a group of Flamengo fans forced their entry for the Sudamericana final against Independiente.

In what appears to be a Flamengo-themed issue of this newsletter, we couldn’t look beyond Wednesday night’s epic for the Goal of the Week. Of Flamengo’s five, the award goes to Gabriel “Gabigol” Barbosa. At the beginning of the second half, with the score 1-0 to Flamengo, the tie was still wide open—a single goal from Grêmio would have taken the game to penalties, so it was crucial the home side kept their momentum going. From an early corner, the ball fell to Brazil’s top scorer in 2019 who wrapped his left boot around the ball with an absolute screamer of a half-volley, leaving no chance for the goalkeeper. From that moment on, Flamengo ran riot.

Série A. Seven more wins. Flamengo didn’t play well at home to lowly CSA on Sunday night, but scraped through with a 1-0 victory, meaning that they are only 21 points away from the Brazilian championship trophy. There were little moves elsewhere, with struggling Fluminense and Cruzeiro both drawing at home and flirting dangerously with the relegation zone.

King Arthur. Arthur César de Menezes Soares Filho, better known as “King Arthur,” was arrested in the United States in connection with a vote-buying scheme within the International Olympic Committee (IOC), to guarantee Rio de Janeiro would win the right to host the 2016 Olympic Games. King Arthur allegedly worked as the operator of a corruption scheme led by ex-Rio de Janeiro mayor Sérgio Cabral. It is suspected he has signed a plea bargain with the U.S. Department of Justice.

Brazil squad. After coming under fire for selecting domestic-based players on the eve of crucial club matches, Brazil coach Tite decided to pick his most recent Brazil squad with only players plying their trade abroad. There were some interesting inclusions, with Aston Villa’s Douglas Luiz (who isn’t even an undisputed starter for his club) getting the nod, as well as Real Madrid wonderkid Rodrygo. Brazil play Argentina and South Korea on November 15 and 19.

Surf’s up. Brazil’s golden age of surfing continues, as Ítalo Ferreira won the latest stage of the surfing world championship in Peniche, Portugal, and now sits top of the overall leaderboard. One stage remains, taking place in Hawaii on December 8. Beyond Ferreira, fellow Brazilians Gabriel Medina and Felipe Toledo are also in with a shot at the title.

MMA. In a big weekend for Brazilian fighters, Demian Maia choked out Ben Askren in the third round at the main event of UFC on ESPN+ in Singapore, while Douglas Lima dominated Rory McDonald to win the Bellator 170 pound title.

Bolsonaro in China. And in one final mention of Flamengo (sorry), Brazil’s far-right president Jair Bolsonaro presented his Chinese counterpart Xi Jinping with a Flamengo sweater during an official visit to the country. The president claims he is a supporter of reigning Brazilian champions Palmeiras, but with Flamengo closing in on the title it looks like he’s off to hunt some glory.

Could the Copa Libertadores go global?