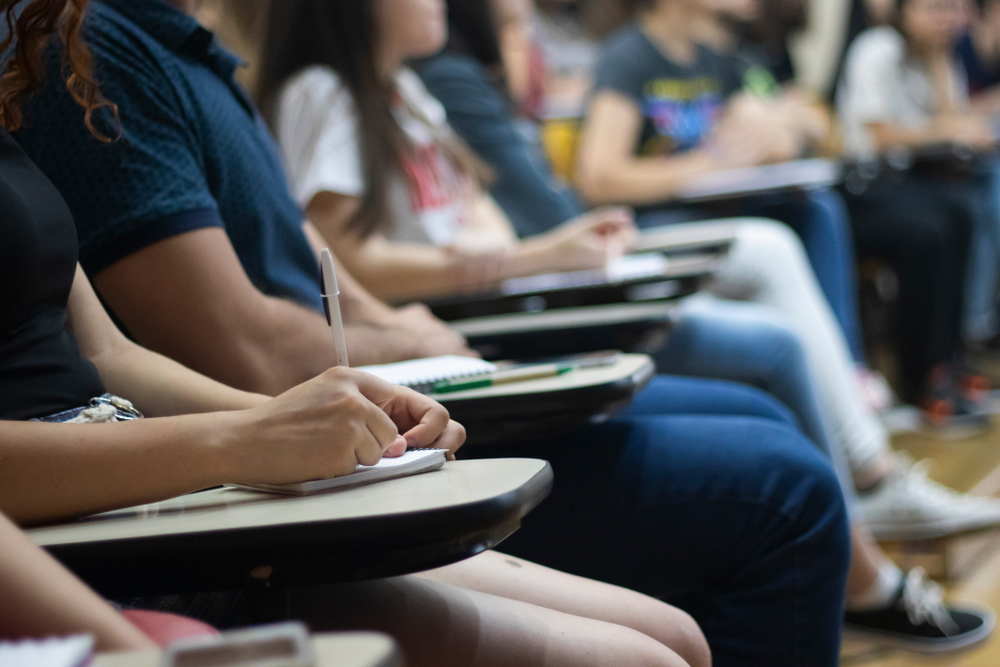 The OECD’s Pisa test (Program for International Student Assessment) is considered by many experts as one of the most comprehensive assessments of education levels in the world. The exam, carried out every three years, charts students on reading skills, mathematics, and science, measuring how well countries are preparing their students for the future.

Brazil, once again, found itself in the bottom half of the 77 countries tested, despite recording its best score to date for reading skills.

The country reached a mean performance of 413 in reading, 384 in mathematics, and 404 in science—coming below the OECD average in all three subjects. The results for math and science are even more concerning, as they indicate stagnation, being comparable to Brazil&#8217;s in 2009.</p> <div class="flourish-embed" data-src="visualisation/1034581"></div><script src="https://public.flourish.studio/resources/embed.js"></script> <p>The results also underline a problem that runs deep in Brazil: inequality. While “socioeconomic status was a strong predictor of performance in mathematics and science across all Pisa participating countries,” the gap between wealthy and low-income students has gotten wider in Brazil. For reading, the difference went from 84 points ten years ago to 97 now. Six percent of high-income students got top marks in reading; zero percent of poorer students managed to reach such levels.</p> <p>The differences become even more pronounced when compared geographically. The North and Northeast, Brazil’s poorer regions, had performances far below average in all subjects. Meanwhile, the South and Southeast scored above national standards.&nbsp;</p> <p>If the South region of Brazil were its own country, it would be ranked 45th out of 77 countries in reading skills—while the Northeast would be in 68th.</p> <h2>Not a level playing field</h2> <p>For professor Ítalo Curcio, coordinator of the Pedagogy faculty at Mackenzie University in São Paulo, the problem is not only the difference between regions, but also the gap between the (few) top students and the worst-performing ones. In fact,<strong> </strong>only 2 percent of students performed at the highest levels in at least one subject, while 43 percent fell below the minimum level of proficiency in all three.</p> <p>“We must have a significant average as a country, even though there are pockets of excellence and poor performance in all areas. There is no point in reaching equality by leveling students down. PISA results show a lack of public policies focused on this principle,” he told <strong>The Brazilian Report.</strong></p> <div class="flourish-embed" data-src="visualisation/1037053"></div><script src="https://public.flourish.studio/resources/embed.js"></script> <p>Comparing the performance of Brazilian students from wealthy families in reading in 2009 and 2018, the OECD did not observe significant advances; also, they performed worse than disadvantaged students in countries such as China, Canada, and Finland.&nbsp;</p> <p>The results infer that having access to better resources is not the only way to reach improved results. Regardless Brazil still spends significantly less per student than other countries and the return on investment varies widely depending on the region, as we showed in <a href="https://brazilian.report/society/2018/12/07/brazil-education-productivity/">this story. </a>According to the OECD, “what may matter more after an [investment] threshold is reached is how resources are allocated (&#8230;) The lack of a correlation between the amount of learning time and learning outcomes illustrates that learning outcomes are always the product of the quantity of learning time, and the quality of learning and the instructional environment.”</p> <h2>Brazil v. the world</h2> <p>That Brazil&#8217;s performance would be significantly below OECD averages came as no surprise. Last month, even Education Minister Abraham Weintraub had predicted the country would be the worst-ranked among South American countries. In fact, though Brazil performed better than five others in reading, it was tied with Argentina at the bottom for mathematics and science.&nbsp;</p> <p>China was the shining star of this edition of the Pisa exam, leading all the rankings. Compared to Brazilian students, 98 percent of Chinese 15-year olds achieved minimum proficiency levels in math, versus only 32 percent of Brazilians and the OECD average of 76 percent.&nbsp;</p> <p>For Mr. Curcio, the country’s delay in making education a priority could be why Brazil still lags behind.</p> <p>“In the 1950s, many countries had piles of Noble prizes. We only had our first legislation to regulate the education system in the 1960s. (&#8230;) We may even say China is an outlier, but it also has a millenary culture that is part of the nation.&#8221;</p> <h2>Perspectives</h2> <p>In 2020, the national curriculum will come into effect across the entire country, standardizing the elementary school syllabus and <a href="https://brazilian.report/money/2019/10/15/brazil-financial-education-curriculum-economic-gain/">adding subjects such as financial education</a> for the first time. In Mr. Curcio’s view, that poses an opportunity to ensure better guidelines for teachers and aim for better performance.</p> <p><a href="http://portal.mec.gov.br/component/content/article?id=83191">In a press briefing to present the PISA results</a> and government actions, the Ministry of Education listed the measures it aims to adopt in 2020 in order to improve results. Among them, bringing full-time teaching to 500 new high-school institutions and maintaining 1,000 schools in the system. Also, they intend to start a trial for full-time teaching in elementary school in 40 schools. The program <a href="https://brazilian.report/tech/2019/11/22/black-friday-2019-crucial-brazilian-economy/">“Educação Conectada” </a>was also mentioned as a way to improve students’ access to a broadband connection and learning opportunities.