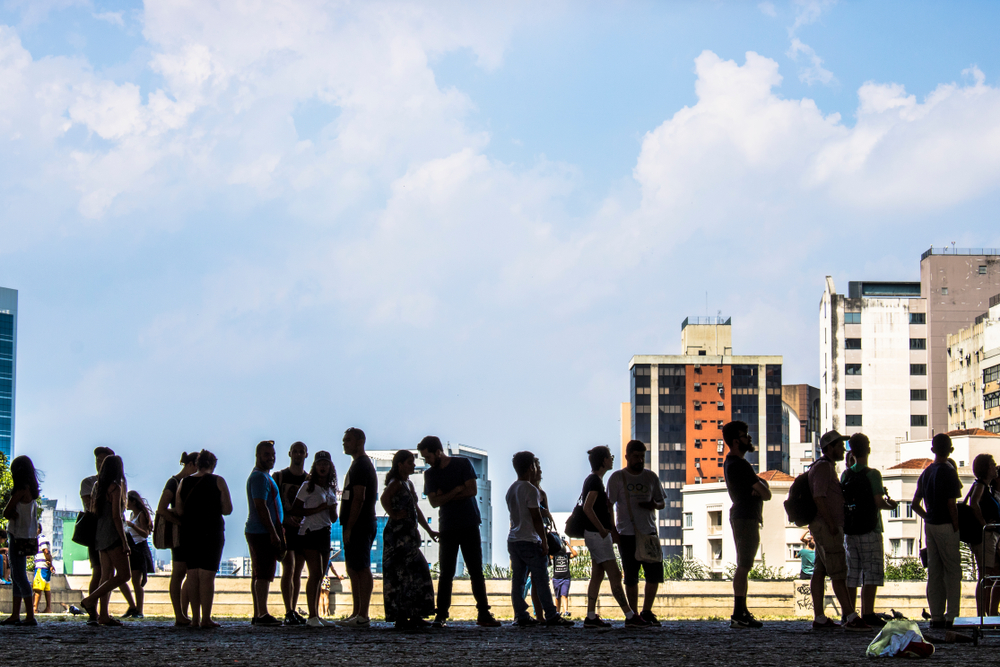 Picture the scene. It’s 7 pm on a Friday night on Avenida Paulista, the iconic São Paulo street often referred to as Brazil’s answer to Times Square. You see a queue snaking up the sidewalk and walk up for a closer look.

What could it be? Is this the line for a sold-out concert? No. Maybe there’s a problem with the subway, and people are queuing to get in? No, not that either. Is the world’s greatest chef offering a free dinner to their first one hundred customers? No, but you’re getting closer.

</p> <p>It&#8217;s McDonald’s.</p> <p>The global fast-food chain has recently <a href="https://propmark.com.br/digital/filas-para-o-mequi-1000-chamam-a-atencao-de-internautas/">opened</a> its 1,000th store in Brazil, renovating a 1940s mansion on Avenida Paulista and offering &#8220;exclusive&#8221; menu items, such as a spartan portion of onion rings for USD 3.50, and a quarter pounder served inside a weary-looking <em>pão de queijo</em> bun (USD 6.00).</p> <p>The reaction on social media was one of shock, saying that it looked like a scene straight from the 1980s, or that the crowd resembled huddled masses lining up for war rations. But to anyone at least slightly familiar with Brazil, and São Paulo in particular, there&#8217;s nothing more common than absurd queues.</p> <figure class="wp-block-embed-twitter wp-block-embed is-type-rich is-provider-twitter"><div class="wp-block-embed__wrapper"> <blockquote class="twitter-tweet" data-width="550" data-dnt="true"><p lang="pt" dir="ltr">FILA PRA ENTRAR NO MCDONALD&#39;S<br><br>o paulistano é o bicho mais JECA que tem <a href="https://t.co/FkiNQZbcQM">pic.twitter.com/FkiNQZbcQM</a></p>&mdash; Ｃｈｅｒｎｉｎｈｏ Ｂｉｌｌ 👲☢️ (@fvernon) <a href="https://twitter.com/fvernon/status/1186004770789777410?ref_src=twsrc%5Etfw">October 20, 2019</a></blockquote><script async src="https://platform.twitter.com/widgets.js" charset="utf-8"></script> </div></figure> <h2>The aesthetics of queuing</h2> <p>The queue translates into status. The hottest restaurants in town refuse to take reservations and allow the lines to build, drawing attention to passers-by. If anything, people in São Paulo are more likely not to be dissuaded by a lengthy queue, seen as the necessary evil and a guarantee of a quality experience at the end of it. Something which diners at Brazil&#8217;s 1,000th McDonald&#8217;s were likely left without.</p> <p>It is not uncommon for <a href="https://brazilian.report/money/2019/03/17/brazilian-wine-foreign-markets-culture/">high-end restaurants</a> in the city to boast queues of ninety minutes or more, even at off-peak times. At traditional dining hours, forget it. If you&#8217;re after a Saturday lunch at São Paulo&#8217;s renowned pork mecca A Casa do Porco, run by award-winning chef Jefferson Rueda, your best chance is to queue up after work on Friday. Traditional northeastern eatery Mocotó, despite being located in the far-flung neighborhood of Vila Medeiros—which has little to no public transport links—always has queues snaking around the corner on the weekend.</p> <p>Economically speaking, this appears to be a mistake on behalf of the restaurant managers. With a quicker queue, more customers can be served and less will be dissuaded from going to competitors. In São Paulo, however, the &#8220;hype&#8221; of a busy <a href="https://brazilian.report/society/2018/11/11/syrian-refugees-brazil-food/">restaurant</a> takes precedence. </p> <h2>We&#8217;re gonna need a bigger city</h2> <p>It&#8217;s not just restaurants either. São Paulo residents never miss the opportunity to spend a glorious afternoon in an apparently unmoving queue. Back in 2014, when fast-fashion brand Forever 21 opened its flagship store in an upmarket São Paulo mall, eager customers formed a <em>five-hour</em> queue just to get into the shop, not even taking into account the queues for the changing rooms or cash registers.&nbsp;</p> <p>There&#8217;s an obvious explanation for this, however, which goes beyond the tongue-in-cheek observation that people from São Paulo <em>actually</em> enjoy queuing. The city, when expanding the net to its greater metropolitan area, is home to over 21 million people. And while the metropolis is large in area, there still aren&#8217;t enough options for leisure for this mammoth population, and they are almost all concentrated into São Paulo&#8217;s expanded—yet small—city center.</p> <p>An example would be a Saturday morning in Ibirapuera Park, the vast urban green space just south of the center of the city. On a sunny day, you have to jostle for space to put your picnic mat down, or queue for hours to rent a bicycle. Perhaps if there were more of these spaces, spread out across the massive stretch of Greater São Paulo, then the locals &#8220;love of lines&#8221; would become something of the past.&nbsp;</p> <p>Regardless, you must excuse me, I&#8217;m off to get a table for my birthday dinner next month.

Why São Paulo’s most iconic museum is featuring female artists

Did Amazon blazes cause dark skies in São Paulo? Experts say not quite