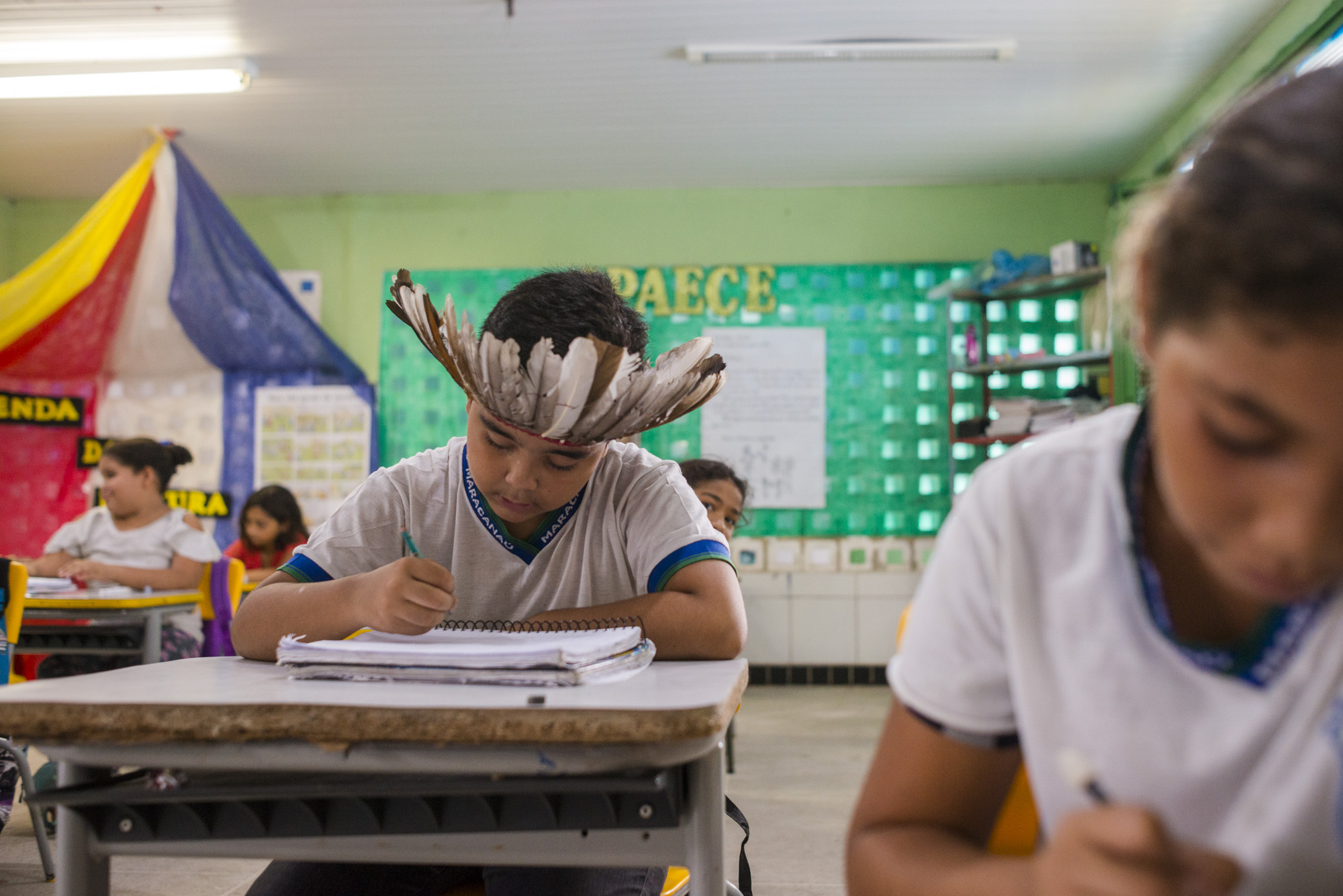 In July, Brazil’s Ministry of Education published an action plan seeking to expand the number of civic-military schools in Brazil. The project envisions opening 108 institutions of this kind and predicts a yearly investment of BRL 40 million. Indeed, Brazil’s military schools have proven to be quite successful. Of the 30 best schools in the country, ten are military. Education in the state of Amazonas—a region almost entirely covered by the Amazon rainforest—is no different, with a military school proving to be the best-performing in the region. However, while military education is thriving, indigenous education is suffering.

</p> <p>In a meeting on July 3, the National Council of Education (CNE) said the <a href="https://brazilian.report/society/2018/08/09/revolutionize-indigenous-schools/">situation in indigenous schools is dire</a>. There are 3,345 indigenous learning facilities throughout the country housing almost 256 thousand students. However, structural and budgetary issues are proving to be major setbacks. </p> <p>“The [indigenous] children practically started the school year in May, while other schools in Brazil were about to go on holiday,” said Congresswoman Joênia Wapichana, from ecologist party Rede, during the meeting. “Despite their small salaries, teachers also have to clean the schools, organize mealtimes and oversee transportation [for students]. This is the reality.”&nbsp;</p> <p>On the other hand, Bernardo Goytacazes de Araújo, the Ministry of Education’s Secretary of Specialized Modalities in Education said that indigenous schools are suffering because states and municipalities are not properly investing the budget provided by the ministry. He also blamed the inefficiency of past administrations for current problems.</p> <h2>A new plan for indigenous education</h2> <p>Under the <a href="https://brazilian.report/society/2018/12/07/brazil-education-productivity/">current system</a>, indigenous education is focused on diversity. As each tribe has a unique set of customs, there is no standard curriculum. However, a new education plan seeks to change this.</p> <p>Senator Chico Rodrigues, from the northern state of Roraima, partnered with Mr. Bolsonaro’s nephew Leo Índio and the Ministry of Education to present a new educational plan for indigenous communities. The project seeks to implement civic-military education in indigenous schools, where public school teachers will be led by military personnel working in indigenous reserves.</p> <p>The project hopes to reinforce Brazilian studies among the indigenous communities, promoting a sense of hierarchy, love for their nation and a sense of duty to defend their tribes. Mr. Rodrigues claimed this was necessary as indigenous communities are being heavily influenced by international NGOs who &#8220;distance the tribes from the rest of the country.&#8221; He said that the situation is especially alarming for tribes located close to the borders with Venezuela and Guiana.</p> <p>According to the proposal, the project would initially be implemented in two communities in the state of Roraima, located close to Brazil’s borders. If successful, it would spread to other reserves.</p> <p>Despite this project, not everyone agrees that international influence threatens indigenous communities. According to Rubens Valente, a journalist and author specializing in indigenous tribes, the senator’s rhetoric is not based on facts.</p> <p>“Throughout my 30 years of reporting, I’ve never heard an indigenous person say that they don’t consider themselves to be Brazilian. On the contrary, they consider themselves to be guardians of the Amazon,” said Mr. Valente. “They are people who dedicate their lives to preserving nature and alerting authorities about any crimes being committed in the region.”&nbsp;</p> <h2>Not the first time that tribes receive military education</h2> <p>During the military dictatorship (1964–1985), indigenous communities also received military education. In fact, a decree from July 14, 1965, states that “education programs for the [indigenous] populations concerned will be adapted according to methods and techniques [to promote] social, economic and cultural integration of these populations to the national community.”</p> <p>The military dictatorship’s rhetoric is not too distant from that of Senator Rodrigues. In fact, both seek to integrate native communities into the rest of the nation, instilling a greater sense of belonging to Brazil. Moreover, they focus on integrating these communities, instead of preserving them. </p> <p>“For the 519 years that these indigenous people have been interacting with non-indigenous communities, it has been shown that this kind of elitist, ethnocentrist point of view that believes that indigenous people need to be subordinate to us proved to be a great mistake,” said Mr. Valente.

How a group of teachers intend to revolutionize indigenous schools