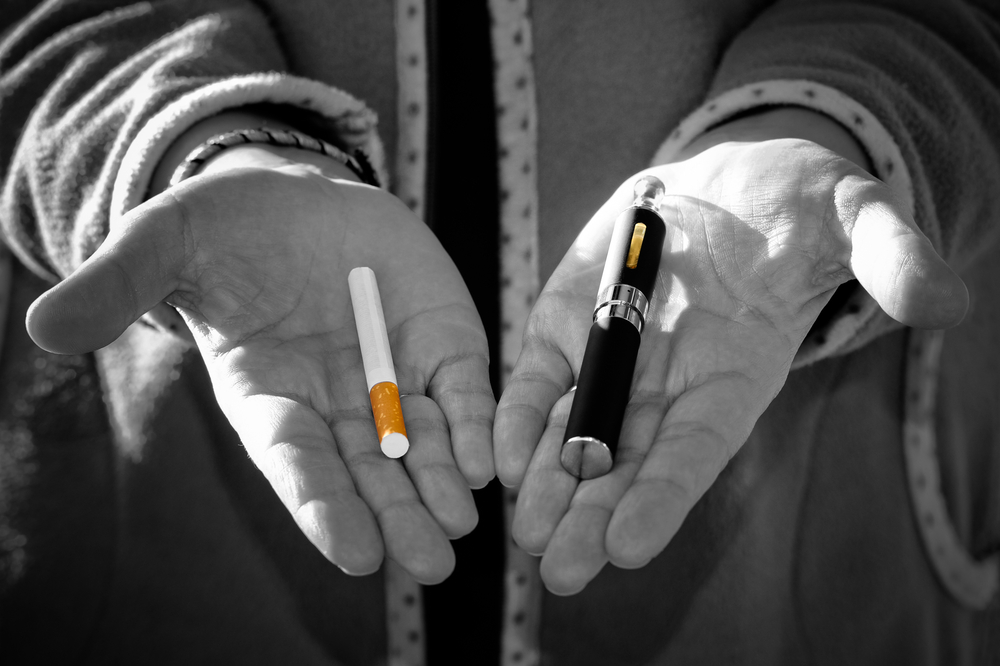 Around the world, the multi-billion dollar tobacco industry has been undergoing a complete overhaul. The arrival of electronic cigarettes has changed the market altogether, forcing major players to rethink their entire strategies and adapt to the new trend. As an apparently less harmful alternative to conventional cigarettes, regulatory agencies across the globe are debating the matter and reaching a variety of different conclusions, from blanket legalization to strict prohibition. In Brazil, regulations could be about to change.

</p> <p>Back in 2009, Brazil&#8217;s sanitary authority (Anvisa) <a href="http://portal.anvisa.gov.br/noticias/-/asset_publisher/FXrpx9qY7FbU/content/por-que-o-cigarro-eletronico-nao-e-autorizado-/219201?inheritRedirect=false">outlawed</a> the sale, import, and marketing of electronic cigarettes. The agency claimed that there was not enough satisfactory evidence to attest to their safety. Ten years on, Anvisa is set to hold two public hearings in August to re-evaluate its stance on the health impacts associated with these devices.</p> <p>Electronic cigarettes come under the umbrella of so-called Electronic Nicotine Delivery Systems (ENDS). These are battery-powered devices which heat a flavored liquid (which may or may not contain nicotine) to be inhaled.</p> <h2>The pros and cons of the e-cigarette</h2> <p>The main argument in favor of e-cigs is the general belief that they are safer to use than conventional cigarettes. While a standard combustible cigarette contains around 7,000 chemicals—many of them extremely harmful—typical e-cigarette liquids contain four ingredients: propylene glycol, vegetable glycerin, nicotine, and flavorings.</p> <p>The main chemical risk of e-cigs comes from the nicotine, which is extremely addictive and has been linked to cardiovascular disease. However, nicotine-free liquids are widely available and often preferred by e-cig users. For older generations of cigarette smokers, electronic devices have provided a highly viable method of smoking cessation, with users typically starting on high-nicotine liquids before gradually reducing their intake to zero.</p> <p>However, the argument against ENDS concerns younger populations. Last week, the World Health Organization (WHO) published its latest report on the global tobacco epidemic, warning of the danger of electronic cigarettes acting as a gateway for young people to take up more harmful forms of nicotine consumption, such as conventional cigarettes.</p> <p>The organization also claims the products are &#8220;undoubtedly harmful,&#8221; but that they are &#8220;likely to be less toxic than cigarettes.&#8221;</p> <p>One caveat accompanies all of WHO&#8217;s declarations: the potential risks of ENDS are as of yet unclear, due to the need for &#8220;vigorous investigation into the health outcomes of large cohorts of well-characterized users over a longer period.&#8221;</p> <h2>E-cigarette regulation around the world</h2> <p>In Europe, the sale of e-cigarettes and similar products is regulated in most countries. Sales and advertising have been mainly made legal, with certain restrictions in place regarding age limits and quantities. For instance, in the United Kingdom, e-cig liquid containing nicotine may not be sold in bottles which exceed 10 milliliters.</p> <p>In North America, the city of San Francisco made the headlines recently by imposing a blanket ban on the sale of unlicensed electronic cigarettes. Only devices approved by the U.S. Food and Drug Administration may be sold, but no such products exist as of yet.</p> <p>Speaking to CNN, senior health behavior researcher at Oxford University Jamie Hartmann-Boyce called for a more mature debate. She said they must move past the false dichotomy of either discouraging young people from taking up smoking or allowing older people addicted to nicotine access to healthier alternatives.</p> <p>&#8220;There should be balanced policies which address both priorities,&#8221; she said.</p> <p>In Brazil, while the issue is set to come back to the table in August, Anvisa board members say they will not be discussing the merits of electronic cigarettes. Instead, they will focus on combating the illegal sale of these devices in the country.</p> <p>Despite the 2009 regulation banning their sale, electronic cigarettes and liquids are readily available online or even in some physical stores across Brazil. Individual users in the country often arrange their own lines of supply, be it importing goods from Paraguay or the U.S.</p> <p>William Dib, chairman of Anvisa, told news website <em>Jota</em> that the agency cannot ignore the illegal sale of e-cigs in the country. &#8220;The problem exists, and Anvisa must take a stance,&#8221; he declared.</p> <h2>Smoking in Brazil</h2> <p>Though the number of regular smokers dropped to 10.1 percent of the population in 2017 (in comparison with figures in the mid-20s in 1990), tobacco-related diseases still pose a significant public health risk in Brazil. The National Cancer Institute concluded that 156,216 deaths in Brazil in 2017 were linked to smoking—12.6 percent of the total number of fatalities in the country.</p> <p>In the 2010s, successful reductions to the <a href="https://brazilian.report/society/2018/07/23/medical-marijuana-brazil/">smoking population</a> have been credited to previous governments&#8217; moves to raise taxes on cigarettes. The WHO regards price increases as the most effective measure to convince people to give up smoking and discourage youth from taking up the habit.</p> <p>However, Brazil&#8217;s embattled Justice Minister Sergio Moro is studying the possibility of reducing the cost of tobacco products in the country. His justification is that high prices stimulate the sale and purchase of cigarettes smuggled from neighboring Paraguay.

Inequality study shows a Brazil fueled by religion and anti-corruption