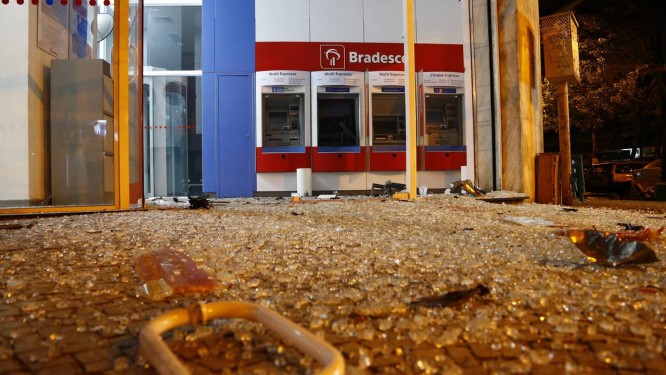 Armed gunmen surround a local police station, while traffic spikes are laid in strategic positions around town. At the bank, a digger smashes down the main wall before bandits lay explosives, destroying the branch and making off with the loot, hostages in tow. It sounds like a scene straight out of Hollywood, or a particularly challenging mission in a video game. But this is real life, and in the state of São Paulo, operations like this have happened over 200 times in the last two years.

On the morning of February 11, a gang of at least ten armed men simultaneously attacked three banks in the countryside town of São Bento do Sapucaí. The police were suppressed by gunfire outside the local station, while the criminals broke into branches of Banco do Brasil, Bradesco and Santander, blowing up cash machines and safes. There is no estimation of how much money was stolen, no-one was injured, and no-one has been arrested.