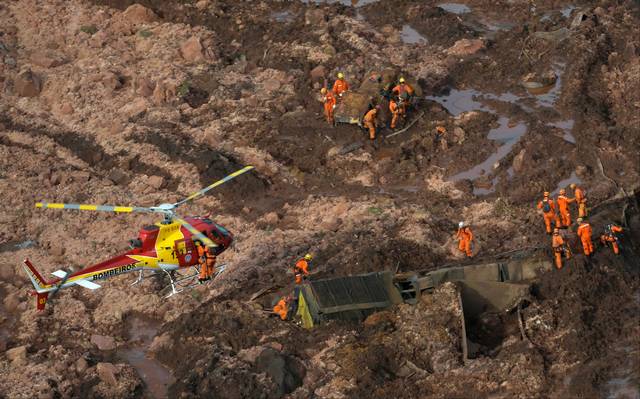 Clocks showed 5:30 am this Sunday when the sirens sounded in Brumadinho. Everyone in town knew what it meant and began fleeing their homes in panic. The Minas Gerais fire brigade reported that 24,000 people are being taken to safe areas. Just two days after a tailings dam owned by mining giant Vale spilled at least 3 million cubic meters of contaminated mud (according to latest estimates, which are set to increase), security forces raised the alarm that another dam in the complex risks the same fate, after water levels rose to worrisome levels.

The Brumadinho catastrophe is already one of the 10 worst dam failures in the world over the past three decades. Thirty-seven people have been confirmed dead, and 256 others are reportedly missing. Search operations have been halted due to the risk of a further collapse.

Brumadinho dam collapse is the world’s worst since Mariana