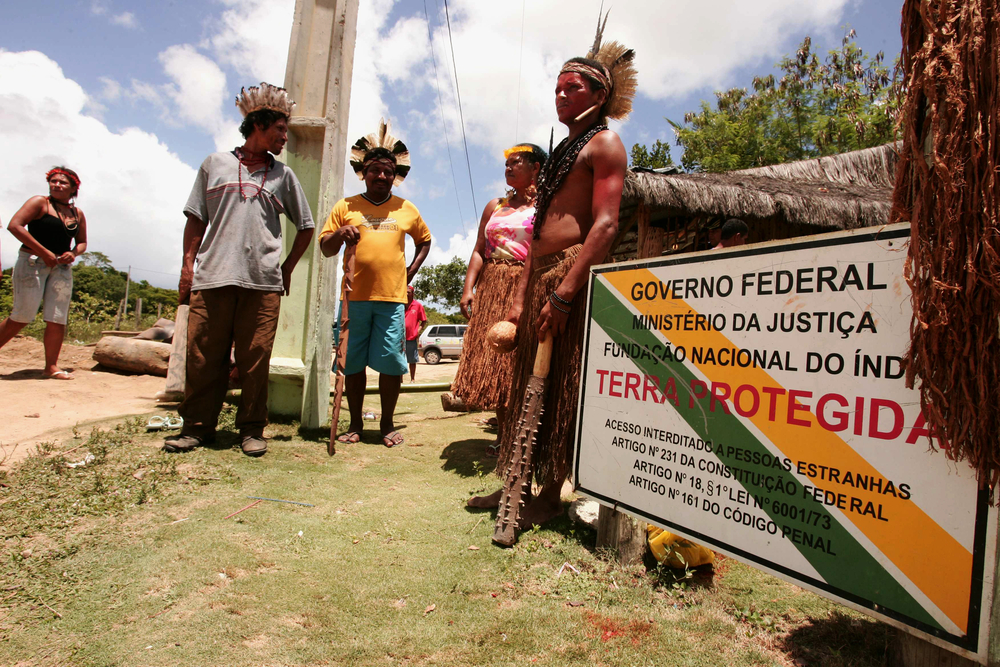 The remote indigenous land Xikrin do Rio Cateté is located 1,000 kilometers from Belém, the capital city of the Amazonian state of Pará. Inhabited by 1,056 people of the Kayapó indigenous ethnic group, the reserve spreads over roughly 439,000 hectares in the cities of Água Azul do Norte, Marabá, and Parauapebas. Xikrin do Rio Cateté is also home to hidden and valuable mineral reserves—highly coveted both by big mining companies and illegal prospectors.

Brazilian mining giant Vale has a concession to extract copper, gold, and manganese in the region, which puts the company constantly at odds with indigenous groups. In 2015, a professor at the University of Pará measured the presence of heavy metals in the waters of the Cateté River, finding levels of contamination 30 times higher than the limits established by environmental agencies. These findings corroborate accounts by local indigenous people—who have reported cases of skin and eye problems, as well as a decrease in fish stocks, ever since a Vale subsidiary started extracting nickel there in 2010.

This, however, is hardly an isolated case: socio-environmental conflicts related to mining operations are on the rise in Brazil.

Paes is a journalist and has a master’s degree in communications. He focuses on human rights, culture, and data surveillance.