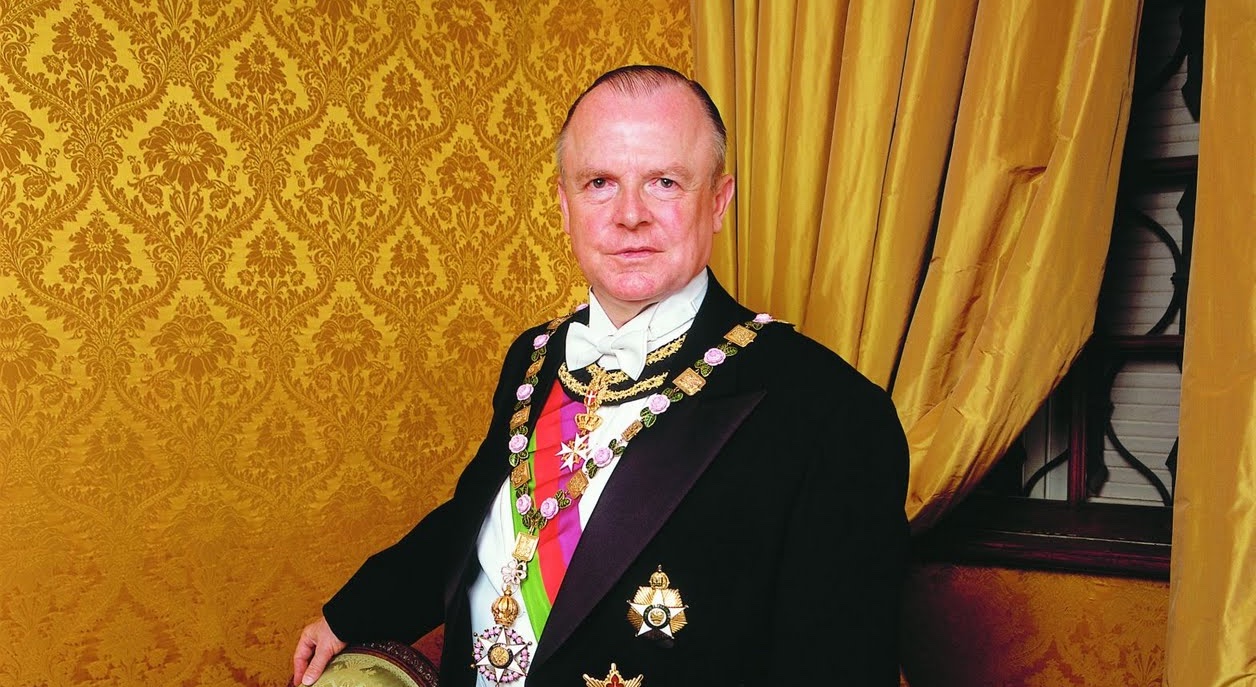 Prince Dom Luiz, who monarchists believe would be the rightful king should Brazil be a monarchy

You might be familiar with the upcoming marriage of the UK’s Prince Harry with Meghan Markle. But unless you’re a true junky for news about the world’s royals – and Brazil’s royalty in particular – you might not know that Brazil’s imperial family is about to experience a change in power.

However, before we dig ourselves into this scintillating world of monarchic micropolitics, I want to offer some context on Brazil’s royal family. Here are a few royal facts:

</p> <ol><li>After gaining independence from Portugal in 1822, Brazil did not become a Republic like its Latin American neighbors. Instead, we had a constitutional monarchy, <a href="https://brazilian.report/2017/10/15/brazilian-empire/">Brazil’s Empire</a>, which ruled the country for 67 years until a military coup <a href="https://brazilian.report/2017/10/15/brazil-first-republic/">took over power</a> in 1889.</li><li>After its fall, the Imperial family lived in exile – but didn’t lose its traditions. The fallen House of Orléans-Braganza continued to create new generations <em>comme il faut</em> – that is, giving their children the proper education for a future emperor and marrying their family members to royals from other countries, typically from Europe. Why, you might ask? The dethroned family held onto their dreams of reclaiming power – even if little has been done to make that actually happen.</li><li>Brazil’s Imperial family is split into two branches. The first one is called the Petrópolis Branch and descends from Dom Pedro de Alcântara (1875-1940), the oldest grandson of Dom Pedro II, Brazil’s second and last emperor. Dom Pedro, however, renounced his dynastic prerogatives when he chose to marry a woman not considered sufficiently royal.</li></ol> <p>The “right to the Crown” then passed to Pedro’s brother Dom Luís (1878-1920), who became the head of the so-called Vassouras, the self-proclaimed Brazil Imperial House. This second branch is the most active in the quest to reclaim the crown to the Orléans-Braganza line.</p> <h2>Royal activism</h2> <p>Brazilian monarchists woke up from their hibernation in the mid-1980s, during Brazil’s redemocratization process. They managed enough congressional support to hold a <a href="http://www.justicaeleitoral.jus.br/arquivos/plebiscito-de-1993">referendum in 1993</a> to choose which form of government should be installed in the country: a presidential republic or a Parliamentary monarchy.</p> <p>The return of the king won the hearts and minds of just ten percent of voters.</p> <p>But that defeat didn’t discourage our steadfast monarchists, who regained notoriety a few years ago during the protests against former President Dilma Rousseff. Among thousands of people clad in yellow, the royalists proudly hoisted their imperial flags. Facebook and Twitter also helped their cause.</p> <p>Over the past few decades, the Brazilian monarchist movement has been led by a 79-year-old chemist called <em>Luiz Gastão Maria José Pio Miguel Gabriel Rafael Gonzaga de Orléans e Braganza e Wittelsbach</em>. Try reading that without pausing to breathe.</p> <div class="wp-block-image"><figure class="aligncenter"><img src="https://brazilian.report/wp-content/uploads/2017/12/Principes-Dom-Luiz.-e-Dom-Bertrand.jpg" alt="dom luiz dom bertrand royal affair brazilian style" class="wp-image-1581" srcset="https://brazilian.report/wp-content/uploads/2017/12/Principes-Dom-Luiz.-e-Dom-Bertrand.jpg 600w, https://brazilian.report/wp-content/uploads/2017/12/Principes-Dom-Luiz.-e-Dom-Bertrand-300x158.jpg 300w" sizes="(max-width: 600px) 100vw, 600px" /><figcaption>Dom Luiz (R) and his younger brother, Dom Bertrand.</figcaption></figure></div> <p>He’s hoping to become Dom Luiz I, Emperor of Brazil. For that to happen, of course, Brazil would have to opt in favor of changing its entire structure of government – and then choose his branch of the family as the legitimate heir. Dom Luiz’s health, however, has deteriorated recently. But fear not, for his younger brother – 76-year-old Dom Bertrand – has picked up the torch and marches onward with the cause.</p> <p>The two brothers, both bachelors without any children, are famous for their conservative stance, their connections to a far-right organization called TFP (Tradition, Family, and Property), and their profoundly anti-communist and pro-Catholic beliefs – this last trait, we might add, is a trademark of the House of Braganza.</p> <h2>Dom Rafael, Prince of Brazil</h2> <p>Nowadays, Dom Bertrand can be found traveling around the country to spread the monarchic cause. He recently went all the way to Belém, in the Amazon rainforest, and was the star of the first Monarchic Meeting of Maranhão (one of the most impoverished states in the land). His presentation at the event was titled: “The Altar and The Throne: Pillars of the Christian Civilization.” Dom Bertrand recently said that he considers homosexuality a “flaw,” which vexed some of his less conservative supporters.</p> <p>Gradually, though, new voices in the Orléans-Braganza have emerged. And no star has shone as brightly as Dom Rafael, a 31-year-old engineer who works in a multinational beer company.</p> <p>During numerous videos and conferences, the young prince showcases his thick Rio de Janeiro accent and still-developing oratory skills. Dom Rafael reveals himself to be less conservative than his uncles – though not by much.</p> <figure class="wp-block-image"><img src="https://brazilian.report/wp-content/uploads/2017/12/Monarquistas-6804.jpg" alt="Dom Rafael Orleans-Braganza" class="wp-image-1580" srcset="https://brazilian.report/wp-content/uploads/2017/12/Monarquistas-6804.jpg 640w, https://brazilian.report/wp-content/uploads/2017/12/Monarquistas-6804-300x200.jpg 300w" sizes="(max-width: 640px) 100vw, 640px" /><figcaption>Dom Rafael works and plays soccer, &#8220;like any other Brazilian.&#8221;</figcaption></figure> <p>Aside from his work in the beer industry, Dom Rafael must also cope with the intense pressure of choosing a royal bride to ensure that his lineage carries on.</p> <p>Another media-friendly royal is Luiz Philippe de Orléans-Braganza, 48, Rafael’s cousin. Since his father married a “non-royal,” he is technically out of the succession line. A business administrator with degrees from Stanford and Insead (France), Luiz Philippe has focused his energy on promoting Brazil’s Liberal Movement <em>Acorda Brasil</em> (“Wake up, Brazil”). He helped <em>Acorda Brasil </em>orchestrate protests against Dilma Rousseff and her Workers’ Party.</p> <p>But Luiz Philippe seems less interested in pursuing the monarchy’s restoration than he is in implementing a pro-business agenda. A far more realistic goal. Especially now, when liberal economic reforms are trendy in Brazil.

Brazil’s oldest case finally going to trial. Or is it?

The military behave as if they own the Brazilian Republic, says author

Rodrigo Vizeu is a journalist at Folha de S.Paulo. He created the blog A História Como Ela Foi and hosts a podcast of the same name, available on SoundCloud, Apple Podcast, Stitcher, and TuneIn.