Photojournalist Julia Laüer attended one of President Bolsonaro's independence bicentennial demonstrations in São Paulo, which was less about celebrating the country's history, and more about helping Mr. Bolsonaro's electoral chances 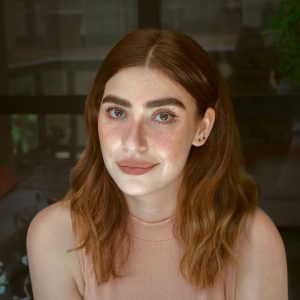 On September 7, the 200th anniversary of Brazil’s independence from Portugal, far-right President Jair Bolsonaro dispensed with the usual pageantry of patriotic celebrations and instead called mass demonstrations in some of the country’s major cities, to defend his government and espouse his campaign platform ahead of the October 2 election.

The biggest rallies took place in capital Brasília and in Rio de Janeiro, with the president delivering a speech at both events. Addressing the crowds from atop sound trucks, he spoke highly of his own government and his desire for another four years in office, and warned of the “dangers” Brazil may face in electing frontrunner Luiz Inácio Lula da Silva — who previously served as president between 2003 and 2010, leaving office with the highest approval ratings in the country’s history.

While not repeating the overtly anti-democratic threats he made in last year’s September 7 rally, Mr. Bolsonaro did make a sly nod to his wish for supporters to disrupt the electoral process and refuse to accept the results, should Lula win.

Tens of thousands also took to the streets in São Paulo, Brazil’s biggest city, but the president was nowhere to be seen. It is believed that persistent rain in the morning kept some of the crowds away, but by the early afternoon, several blocks of the city’s Avenida Paulista were occupied by pro-Bolsonaro demonstrators, decked out in their habitual green-and-yellow outfits and carrying a wide array of homemade placards — many of them written in broken English and containing references to U.S. politics, the Brazilian military, and the perceived “corruption” of the country’s Supreme Court.