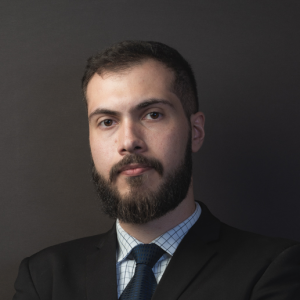 Center-right Senator Roberto Rocha released his report this afternoon on the tax reform bill under discussion in Brazil’s Congress. Details of the legislation show the creation of a “dual” value-added tax system unifying federal and local levies into two different VATs.

That the report was issued today was significant, as October 5 marks the 33rd anniversary of Brazil’s democratic Constitution — a landmark alluded to by senators.

The federal VAT — which would be known as the “contribution on goods and services,” or CBS in its Portuguese acronym — would replace federal social security taxes PIS and Cofins. The...

Covid inquiry requests indictment of Bolsonaro: what comes next?

After almost six months of investigations, senators have accused Jair Bolsonaro of nine crimes for his handling of the pandemic. Now, the ball is in the prosecutor general's court

Bolsonaro failed to plant his flag in Brazil’s poorest region

Last year, Jair Bolsonaro wanted to take Brazil's poor Northeast from the left. He failed — and has all but ignored the region ever since

Jair Bolsonaro is firmly on the campaign trail, seeking re-election next year. And he has used public broadcasting company EBC to broadcast his public appearances, drawing ire from civil society

Guedes stays, despite losing much of his power and prestige

In the wake of Covid report, Health Minister takes part in public rally

Is it finally niobium’s time to shine?

The darling of Brazil's President Jair Bolsonaro, the country is leading the charge in developing new uses for niobium, hoping to transform it into an important facet of the Brazilian economy

More and more poorer Brazilians are turning toward investment and financial education. A group of "accessible" influencers is there to help

Many international border closures have been revoked, but Brazilians rushing to book trips abroad are faced with another impediment: soaring ticket prices

When the pandemic struck in the U.S. and Europe, Brazil's mango exports suddenly went through the roof amid increased demand

The most important news in tech and innovation in Brazil. This week: the new digital ID; data privacy as a human right; Brazil exploring dark energy

Using knowledge from a similar technique using a pigment extracted from tomatoes, researchers from the University of Brasília have found a way to obtain the substance from red guavas — highly popular across Brazil

The biggest news on tech and innovation in Brazil this week

A deal between Brazil and Argentina breathes new life into the Mercosur trade alliance. At least until the next crisis, that is

Inflation is set to hit the 10-percent mark this week. And historical data shows that high inflation and a poor economic outlook are bad omens for incumbent presidents

Between the 1930s and the 1970s, hundreds of black men were unknowingly used as subjects in an American syphilis study. In 2020, a Brazilian HMO allegedly used elderly citizens for Covid experiments without their knowledge or consent

Last week's midterm primaries in Argentina delivered what was arguably the worst electoral defeat Peronism has ever suffered. But the problem goes beyond short-term woes

Vaccination rates hit 20-year low in Brazil. But anti-vax movements are not to blame

None of the federal government's mandatory vaccines for children reached the 90-percent coverage target in 2020, with researchers blaming the trend on the underfunding of public health

Findings from Imperial College London show that, if Brazil's other major cities had followed Belo Horizonte's lead during the pandemic, the country could have avoided over half of its Covid-19 deaths

They traveled abroad for a vaccine. Now they are in limbo

Without clear regulations on vaccine mandates, Brazilians immunized abroad struggle to get the country's "vaccination passport"

Brazil Covid death toll tops 600,000. But the pandemic is receding

As vaccines become more widespread in Brazil, the spread of the coronavirus becomes less deadly. But experts warn that it remains too soon for a victory lap

With domestic gas canisters becoming prohibitively expensive for poor households, some Brazilians are resorting to cooking with ethanol — which is highly dangerous and has led to an increase in life-threatening domestic accidents

With the Amazon set to play a big part in Glasgow at COP26, public and private sector representatives meet in Belém this week to discuss the bioeconomy in the rainforest

The energy crisis has made blackouts a real possibility, but spending on thermoelectric plants to avoid outages will increase inequality

Brazilian lawmakers aim to regulate carbon markets ahead of COP26

Congress is seeking to get the jump on the government and approve carbon market legislation before Brazil's delegation jets off to Scotland, hoping to conclude Article 6 negotiations in Glasgow

Forest regrowth can help compensate for carbon emissions from deforestation. But one new study argues Brazil isn’t doing nearly enough of it

Brazil set to be devastated by climate change

A new IPCC report shows how rising sea levels, floods, and droughts will impact the country if emissions continue to rise

After Congress and the courts, Bukele looks to control football in El Salvador

Riding a wave of popularity, the provocative president now wants to change how the national association is run, risking severe sanctions from FIFA, the sport’s governing body

The Shining Path is long gone, but its specter continues to hover over Peruvian politics

Now little more than a bogeyman for the right, the history of the left-wing terrorist group shows how it may take longer for wounds to heal

Once treated as a credible presidential contender, Sebastián Sichel's campaign is in freefall. Taking his place is José Antonio Kast, once described as Chile's answer to Jair Bolsonaro

Brazil gets Argentina to compromise on Mercosur tariffs

In a meeting that didn't include Economy Minister Paulo Guedes, Brazil and Argentina reached a deal which breathes new life into Mercosur

Brazil’s spending cap is finished. Where to tie up Ulysses now?

The Bolsonaro administration decided to poke holes in Brazil's five-year-old federal spending cap. Where to go from here?

The number of Brazilian enduring food insecurity has increased almost 30 percent in three years. But all but one of the leading presidential candidates are ignoring the issue

Why the U.S. flag became a far-right symbol in Brazil

The Washington Post was shocked that the U.S. flag had been adopted by the Brazilian far-right. But It shouldn't have been

Plans for opposition truce in Brazil will be dead on arrival

Seen by many as the most credible third-way option for Brazil's 2022 election, Ciro Gomes is seeking a political ceasefire with the Workers' Party. But how long can such a truce last?

The Pandora Papers leak revealed that both Economy Minister Paulo Guedes and Central Bank chairman Roberto Campos Neto own offshore companies in tax havens. But what are the legal ramifications of owning such assets?