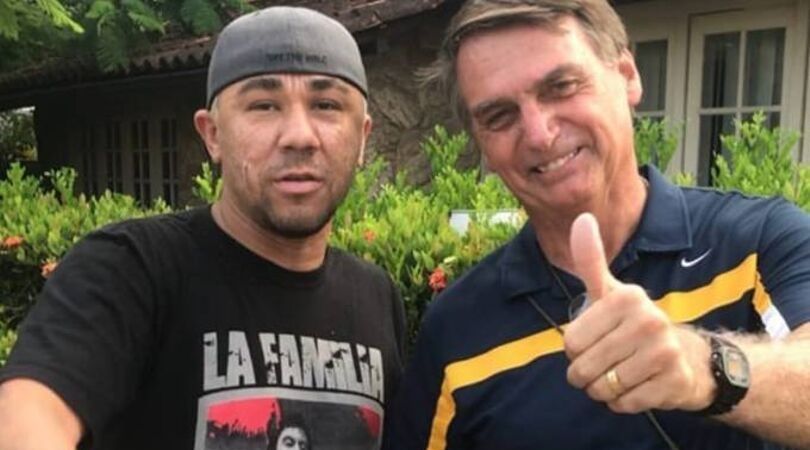 Over a year and a half later, law enforcement is gradually getting closer to finding out who ordered the assassination of left-wing Rio de Janeiro City Councillor Marielle Franco and her driver, Anderson Gomes, in March 2018. The Rio civil police arrested four people on Thursday morning, all of whom are connected to retired military policeman Ronnie Lessa, arrested for Ms. Franco’s murder in March.

Beyond the slow unraveling of the crime, the

developments in the Marielle Franco case have gotten uncomfortably close to the family of Brazil&#8217;s far-right president, Jair Bolsonaro. Despite no members of the Bolsonaro clan being formally involved in the police&#8217;s investigations, a number of figures under the law enforcement&#8217;s microscope have turned out to have connections to the president and his sons.</p> <h2>Who killed Marielle?</h2> <p>Marielle Franco and her driver Anderson Gomes were returning from an event in Lapa, Rio de Janeiro, when a silver Chevrolet Cobalt pulled up alongside their vehicle and fired 13 shots. Ms. Franco was hit three times in the head and once in the neck, while Mr. Gomes was shot at least three times in the back. Both died instantly.</p> <p>For the next 12 months, the question on everyone&#8217;s lips was: <em><a href="https://brazilian.report/power/2019/03/12/arrests-marielle-franco-murder/">who killed Marielle Franco?</a></em> If the police investigations are anything to go by, it would appear this question has been answered. In March of this year, retired military policemen Ronnie Lessa and Élcio Vieira de Queiroz were arrested for Ms. Franco&#8217;s assassination.</p> <p>The pair, along with another former police officer Adriano Magalhães da Nóbrega—who remains a fugitive of justice—are believed to have been the three men in the silver Cobalt who murdered Ms. Franco. All three are members of a notorious militia death squad, the &#8220;Office of Crime,&#8221; known for carrying out meticulously planned hits for high fees.</p> <p>The question of who ordered Marielle Franco&#8217;s assassination remains unsolved, for now, but Thursday&#8217;s arrests seek to probe deeper into the lives of the three men charged with the <a href="https://brazilian.report/power/2019/01/12/marielle-franco-killed-state-agents/">murder</a>.</p> <script src="https://www.buzzsprout.com/299876/1078970-51-marielle-franco-one-year-of-impunity.js?player=small" type="text/javascript" charset="utf-8"></script> <hr class="wp-block-separator"/> <p>Yesterday morning, civil police arrested Elaine de Figueiredo Lessa (the wife of Ronnie Lessa), her brother Bruno Figueiredo, Márcio &#8220;Márcio Gordo&#8221; Montavano, and Josinaldo &#8220;Djaca&#8221; Freitas. The quartet are suspected of disposing of the murder weapon, an HK MP5 submachine gun which belonged to Ronnie Lessa.</p> <p>According to public prosecutors, this &#8220;disposal&#8221; was orchestrated by Mrs. Lessa, one day after the arrest of her husband. The latter three men allegedly entered an apartment owned by Mr. Lessa, removed a large box of weapons, and dumped them near the Tijuca Islands, off the coast of Rio de Janeiro.</p> <p>Prosecutors believe that the property was used as a weapons stash by Mr. Lessa.</p> <h2>The company you keep</h2> <p>What has been notable about this year&#8217;s developments in the Marielle Franco case is that several of the figures under investigation and in custody have—potentially coincidental—links with the family of President Jair Bolsonaro.</p> <p>Until his arrest, Ronnie Lessa and his wife Elaine lived in the Vivendas da Barra gated community in the upmarket Rio de Janeiro neighborhood of Barra da Tijuca, where one of their neighbors was Jair Bolsonaro himself.</p> <p>It is unclear whether the two knew each other and that has not been a line of investigation pursued in the case, but the <a href="https://brazilian.report/power/2019/05/28/violence-rio-de-janeiro-police-kills/">police</a> chief responsible for the March 12 arrest mentioned that Mr. Lessa&#8217;s daughter <a href="https://brazilian.report/power/2019/03/12/arrests-marielle-franco-murder/">dated</a> one of Jair Bolsonaro&#8217;s sons.</p> <p>When her husband was arrested, Mrs. Lessa moved to a different house in the same condominium.</p> <p>Back in March, a picture surfaced of the other militiaman arrested for Ms. Franco&#8217;s murder, Élcio Vieira de Queiroz, with his arm around Jair Bolsonaro. Josinaldo &#8220;Djaca&#8221; Freitas, arrested yesterday, has multiple photos alongside the president, as well as one beside his son, Carlos Bolsonaro.</p> <figure class="wp-block-image"><img src="https://brazilian.report/wp-content/uploads/2019/10/4.jpg" alt="Carlos Bolsonaro and Djaca" class="wp-image-25369" srcset="https://brazilian.report/wp-content/uploads/2019/10/4.jpg 810w, https://brazilian.report/wp-content/uploads/2019/10/4-300x167.jpg 300w, https://brazilian.report/wp-content/uploads/2019/10/4-768x427.jpg 768w, https://brazilian.report/wp-content/uploads/2019/10/4-610x339.jpg 610w" sizes="(max-width: 810px) 100vw, 810px" /><figcaption>Carlos Bolsonaro (L) and Djaca</figcaption></figure> <p>Djaca is a Brazilian jiu-jitsu instructor in the neighborhood of Rio das Pedras, a notorious militia-controlled region in West Rio de Janeiro and <a href="https://oglobo.globo.com/rio/operacao-da-policia-civil-do-mp-prende-mulher-de-acusado-de-matar-marielle-franco-veja-videos-23991713">ground zero</a> for the Office of Crime death squad.</p> <p>The link between Rio das Pedras and the Bolsonaro family comes through Fabrício Queiroz (no relation to Élcio Queiroz), a former employee of Flávio Bolsonaro during his time as a Rio de Janeiro state lawmaker.&nbsp;</p> <p>Mr. Queiroz is under investigation by prosecution services in Rio de Janeiro for <a href="https://brazilian.report/power/2019/01/18/flavio-bolsonaro-scandal-president/">suspicious transactions</a> in his bank accounts and there is robust evidence that he helped Flávio Bolsonaro run a money laundering and embezzlement scheme in the Rio de Janeiro legislative assembly between 2007 and 2018.</p> <p>Neither President Bolsonaro himself or any of his family members are under investigation in any cases related to the death of Marielle Franco, but these mounting connections have raised suspicion of the Bolsonaro clan&#8217;s links to urban militias in Rio de Janeiro, which Marielle Franco gave her political life trying to uncover and prosecute.

How Marielle Franco’s death is shaking up Brazilian politics