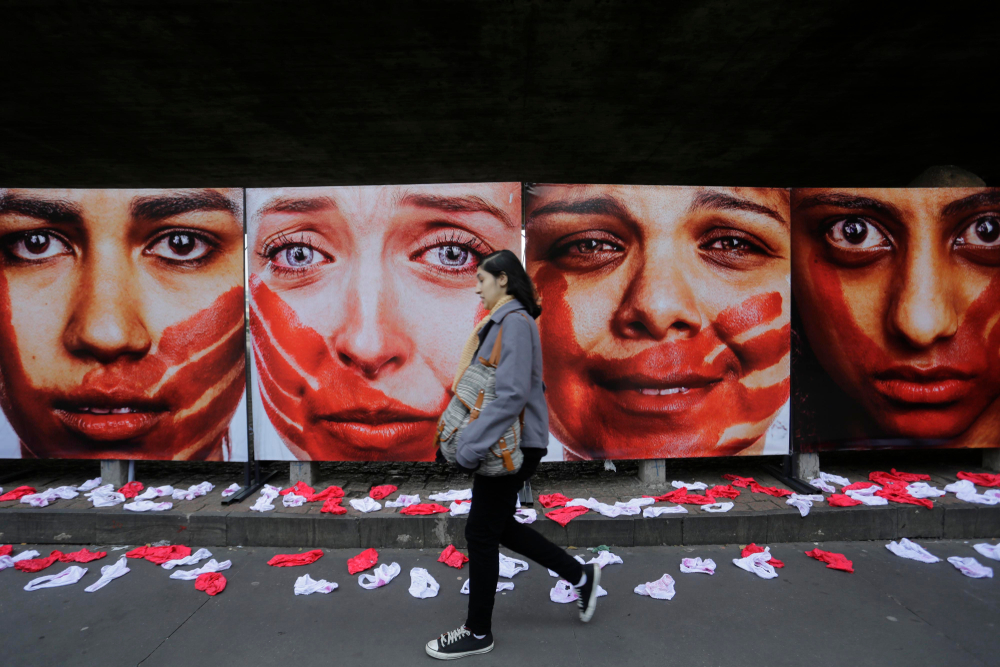 While latest crime statistics from Brazil have shown an encouraging reduction in murder rates, trends of violence against women are very worrying indeed. Violent deaths have fallen 10.8 percent Brazil-wide in 2018, yet femicide cases have gone up 4 percent in the same period.

Femicide differs from murder, as it involves female victims who are subjected to lethal violence in connection with their gender, or domestic violence.

</p> <p>Meanwhile, rape and domestic violence figures have also seen increases.</p> <p>This data comes from the 2019 Brazilian Public Security Annual, a yearly research project carried out by the Brazilian Public Security Forum (<a href="http://www.forumseguranca.org.br">FBSP</a>).</p> <h2>Murders down, femicide rates up</h2> <p>Femicide was defined as a specific crime in 2015. Classified as a sub-category of murder, it occurs when a woman is murdered as a consequence of her gender (be it by way of discrimination or contempt) or in cases of domestic violence.</p> <p>According to Cristina Neme, one of the FBSP&#8217;s researchers, the femicide law has been an important advance in the field of Brazilian public security. &#8220;It helps to give visibility to these types of crimes,&#8221; she tells <strong>The Brazilian Report</strong>. &#8220;If we look at how things were ten years ago, the public debate on domestic violence is so much larger now.&#8221;</p> <p>As femicide is still a relatively new concept in Brazil, there is the possibility that the uptick in instances of this crime has come more as a change in police methodology as opposed to an absolute increase in deaths. For instance, murders which previously could have been registered as homicide may now go down as femicides.</p> <p>Ms. Neme agrees with this hypothesis, yet warns that there is a need to analyze each state individually. &#8220;While the country as a whole saw a reduction in homicides, rates increased in certain states, such as in Ceará and Roraima, and femicides went up as well.&#8221;</p> <p>Indeed, while Roraima&#8217;s murder rate increased by 64.9 percent, violent deaths with female victims rose 165.7 percent. In Ceará, the global rate of homicides actually fell by 10.6 percent, but shot up 26.1 percent among women, indicating an absolute rise of female victims.</p> <p>The FBSP calculated a total of 1,206 femicides in 2018: 1.1 per 100,000 women and a four percent increase on last year.&nbsp;</p> <p>The data on femicides is still inconsistent. While in most states femicide makes up around 20 to 40 percent of female homicides, the proportion is unrealistically low in Ceará and Amazonas, with just 6 and 4.5 percent, respectively.</p> <p>Ms. Neme states that the FBSP faces a significant challenge in determining the methodology used by each state in producing <a href="https://brazilian.report/society/2019/08/06/brazilian-violence-crisis-solvable/">statistics</a>. &#8220;Some states take the initiative to produce more detailed results, while others don&#8217;t—they just take statistics straight from police reports,&#8221; she says. She explains that more detailed data comes from states which analyze the police investigations of each crime, &#8220;which gives a more complete overview of the case.&#8221;</p> <h2>Brazil&#8217;s deadly domestic violence problem</h2> <p>As mentioned above, one of the motivations for femicide in Brazilian law is domestic violence, with the FBSP stating that these murders &#8220;are a culmination of a series of violence which often goes unreported.&#8221; Indeed, a study from the São Paulo Prosecution Service showed that after analyzing <a href="https://brazilian.report/society/2017/11/25/brazil-violence-against-women/">cases of violent death of women</a>, only 4 percent of victims had previously reported cases of violence perpetrated by their killers.</p> <p>Reports of domestic violence rose 0.8 percent in 2018, reaching the terrifying rate of one every two minutes.&nbsp;</p> <p>The study also showed that the typical profile of femicide victims are black women aged between 25 and 35 with an elementary school education. In relation to the perpetrators, 88.8 percent of femicides were committed by current or former partners.</p> <h2>Sexual violence figures harrowing</h2> <p>Perhaps the most stomach-turning piece of information from this year&#8217;s Public Security Annual is that four girls under 13 years of age are raped <em>every hour</em> in Brazil. Cases of sexual violence, in general, increased by 4.1 percent in 2018.</p> <p>The shocking details revealed by the study concerns just how young the majority of sexual violence victims are. 81.8 percent are female, with cases most common for girls between 11 and 15 years old. Meanwhile, for male victims, the range goes down further, with most victims aged between 3 and 8.</p> <p>&#8220;This is not exactly a new phenomenon,&#8221; explains Ms. Neme, &#8220;but it&#8217;s a problem that has traditionally been made invisible in Brazil.&#8221; The researcher stresses the need for these figures to be out in the open and debated on, opening space for awareness actions in the education system and government.

Brazil is long ways away from solving violence against women