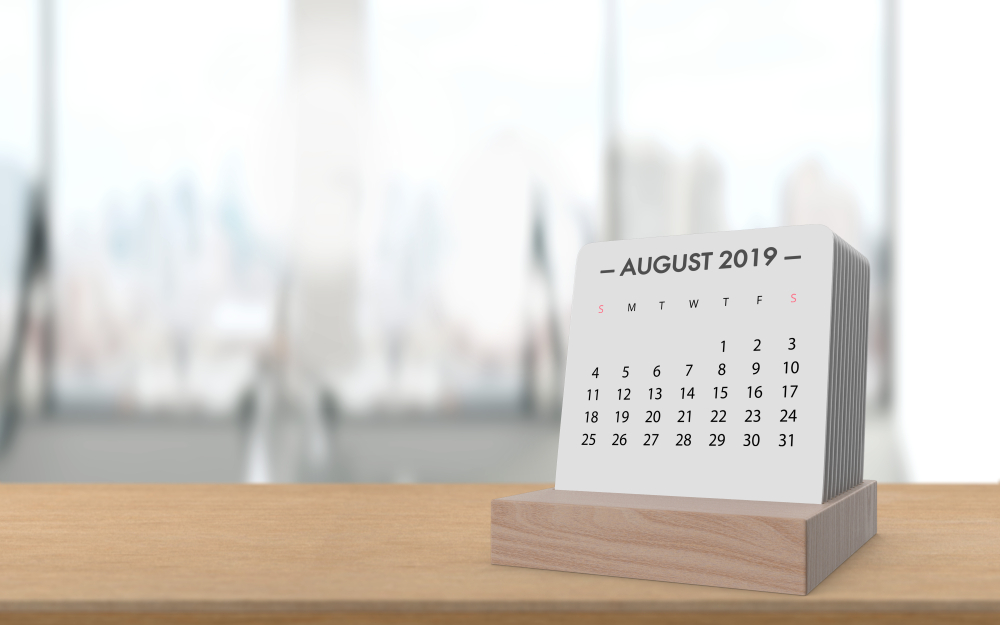 August is over, to the delight of many Brazilians. The eighth month of the year is infamously associated with bad luck in Brazil, in a country which takes its superstitions very seriously.

In some circles, August is nicknamed the “Month of the Mad Dog” because, apparently, Brazil’s climate in the middle of the year causes female dogs to be in heat, driving male dogs crazy. The bad luck, though, may date back to colonial times. August was traditionally the month where 15th and 16th century explorers would leave European shores to find new lands abroad, a risky business that many never returned from.

</p> <p>In Brazilian politics, the Month of the Mad Dog has thrown up a surprising number of twists and turns for decades now.</p> <p>In 2019, though, the August curse took it easy. While this month was quite eventful for President Jair Bolsonaro—principally due to the Amazon crisis—this has been something of the norm for the current head of state. Compared to many of his predecessors—who were ousted from office or even died in August—Mr. Bolsonaro&#8217;s first go at the Month of the Mad Dog was a walk in the park.</p> <h2>2016. President Dilma Rousseff is impeached</h2> <p>On August 31, 2016, the Senate finished impeachment proceedings against then-President Dilma Rousseff. She had been suspended from office in May of that year after a vote from the lower house, and senators adjudged she had been guilty of illegal budget maneuvers, finalizing her impeachment.</p> <p>The entire process was a highly controversial, divisive affair, with Brazilians split between those who said Ms. Rousseff&#8217;s strategy to mask public deficits just before her re-election campaign was undemocratic, and those saying that Congress removed her on jumped-up charges as a pretext to put a right-wing coalition in power.</p> <h2>2014. Presidential candidate Eduardo Campos <a href="https://brazilian.report/society/2019/07/20/brazil-moon-landing-conspiracy-theories/">dies in a plane crash</a></h2> <p>The death of the former Pernambuco governor was a turning point in the hard-fought 2014 campaign—which eventually gave Dilma Rousseff a second term. After his plane was caught in bad weather in Santos and crashed, his running mate, former Senator Marina Silva, stepped into his place. She gained momentum and polls indicated she could even threaten Ms. Rousseff&#8217;s re-election. The incumbent—as well as center-right candidate Aécio Neves—ganged up on Ms. Silva and crushed her chances, making the political climate even more polarized in the process.</p> <h2>1992. People take to the streets to protest Fernando Collor</h2> <p>August 1992 marked the beginning of then-President Fernando Collor&#8217;s fall from grace. He had been the first person to be <a href="https://brazilian.report/guide-to-brazil/2017/10/15/brazils-new-republic/">democratically elected president</a> after the <a href="https://brazilian.report/society/2017/10/15/brazil-dictatorship-streets/">Brazilian dictatorship</a>. Cornered by corruption scandals, Mr. Collor asked for his supporters to take the streets wearing green and yellow, as a sign of support for him. People did demonstrate, but wore black, and painted their faces in the colors of the national flag. The protests grew in numbers, eventually forcing Mr. Collor to <a href="https://brazilian.report/power/2018/07/25/important-vice-president-brazil/">resign</a> in September. Congress then moved ahead with his impeachment, suspending his political rights for eight years. He is currently a senator for his home state of Alagoas.</p> <h2>1976. President Juscelino Kubitschek dies in a car crash</h2> <p>Juscelino Kubitschek will be forever remembered for<strong> </strong><a href="https://brazilian.report/guide-to-brazil/2018/04/21/brasilia-brazil-planned-capital/">creating Brasília</a> from scratch. Even after leaving office, in 1960, he remained a popular politician and an opponent of the <a href="https://brazilian.report/guide-to-brazil/2017/10/15/brazil-military-dictatorship/">military government</a>. He died in a car crash in August 1976, and the mysterious circumstances around his death were the subject of many conspiracy theories. In 2013, a truth commission stated that there are over 90 pieces of evidence that Mr. Kubitschek was indeed murdered by &#8220;a political conspiracy.&#8221; However, only one year later, the same committee concluded that his death was an accident.</p> <h2>1961. President Jânio Quadros resigns</h2> <p>Seven months after taking office, former President Jânio Quadros was under immense pressure. Brazil was highly indebted and inflation was on the rise after the massive spending to build Brasília. Elected on an anti-corruption, center-right platform, he made some controversial decisions, not least decorating Che Guevara with the highest award Brazil can give, which irritated conservatives. In August 1961, he had the hair-brained idea of announcing his resignation, as a way of consolidating his support and pushing him back into the presidency. Mr. Quadros hoped that the electorate and Congress would beg him to stay, but no one did. His vice-president, the left-wing João Goulart, was brought in, before being <a href="https://brazilian.report/society/2019/03/31/brazilian-press-1964-military-coup/">deposed in a 1964 military coup</a>.</p> <h2>1954. President Getúlio Vargas commits suicide</h2> <p>President Vargas’ death was one of the most impactful events in the history of Brazilian politics. One of the most <a href="https://brazilian.report/guide-to-brazil/2017/10/15/getulio-vargas-era-brazil/">polarizing figures in Brazilian history</a>, he is remembered as either a tyrannical dictator or the “father of the poor,” or both. Vargas created the first social security protections in Brazil, allowed women to vote—but also killed and tortured more opponents than the 1964-1985 military regime.&nbsp;</p> <p>In 1954, the president faced a campaign for his resignation, after it was discovered that his security chief ordered an assassination attempt against a journalist. Mr. Vargas, however, vowed he would only leave the presidency dead. On August 24, 1954, he stuck to his guns, and shot himself in the heart. In his suicide letter, he wrote that he was &#8220;leaving life to enter history.&#8221;</p> <h2>August for Bolsonaro</h2> <p>Last month, Brazilian President Jair Bolsonaro entered his worst crisis since taking office, with international pressure mounting due to a spike in <a href="https://brazilian.report/power/2019/08/21/amazon-rainforest-slowly-dying-images/">fires in the Amazon</a>. Moreover, his poor management of the affair generated a rift with France, taking relations with their European counterparts to their <a href="https://brazilian.report/newsletters/daily-briefing/2019/08/28/brazil-france-relations-macron-bolsonaro-car-wash/">lowest point in decades</a>, and posing a threat to the Mercosur-EU trade deal.</p> <p>On the domestic front, the president&#8217;s attempts to politically interfere with accountability institutions such as the federal police, money laundering enforcement agency, and the tax authority has led public servants to threaten retaliation against the government—and further harmed Mr. Bolsonaro&#8217;s <a href="https://brazilian.report/power/2019/08/26/jair-bolsonaro-outsmarted-sergio-moro/">relationship with Justice Minister Sergio Moro</a>.&nbsp;</p> <p>In Brasília, his Social Liberal Party expelled Congressmen <a href="https://brazilian.report/power/2019/08/13/alexandre-frota-brazilian-porn-jair-bolsonaro-party/">Alexandre Frota</a>, seen as one of the caucus’ main strategists. Meanwhile, the probable nomination of his son Eduardo as the Brazilian ambassador in Washington has been met with resistance from lawmakers.</p> <p>The constant state of crisis has reflected on his approval ratings—with <a href="https://politica.estadao.com.br/noticias/geral,desaprovacao-pessoal-de-bolsonaro-sobe-de-28-para-53-diz-pesquisa,70002982959">53 percent</a> of voters rejecting his personal demeanor.</p> <p>In any other country, this would be a dreadful month. But, as we&#8217;ve seen, it could have been worse.

Bolsonaro puts his foot in it (again) with Armed Forces speech