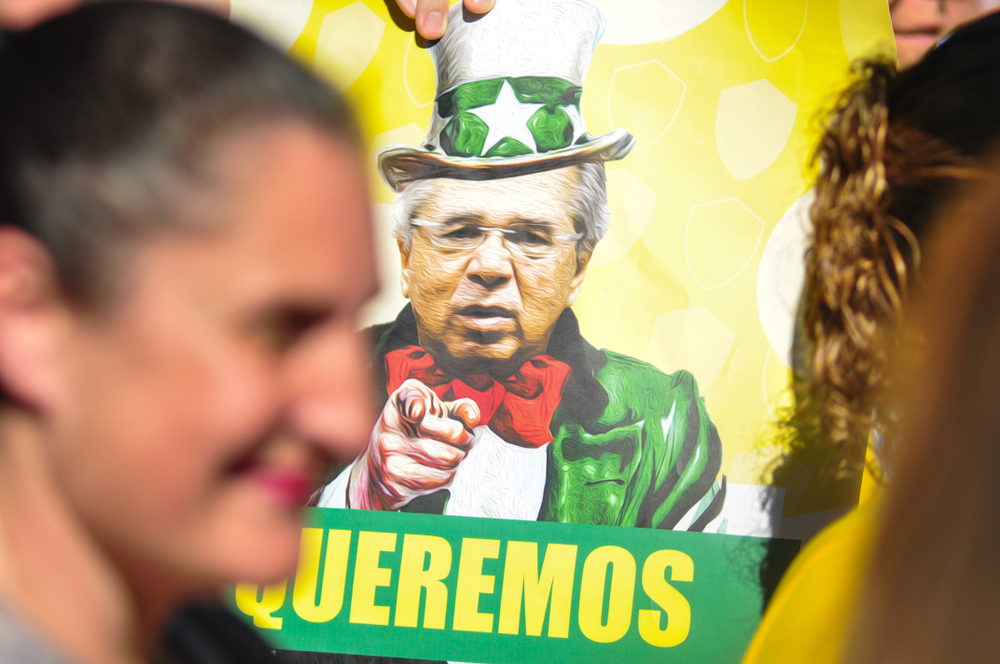 As Congress resumes its activities this week, all eyes will be turned to the developments around the pension reform. But, as we mentioned in our August 3 Weekly Report, the bill will not be the only one in the spotlights for the remainder of 2019 in the Legislative branch. Besides a tax reform and other major sectoral laws—such as one establishing a new legal framework for basic sanitation—members of Congress will also have their plates full with the 2020 budget, the first to be submitted under president Jair Bolsonaro’s administration.

</p> <p>On August 7, Congress will take an important step in this direction, as the Budget Committee meets for the first time in weeks to evaluate representative Cacá Leão&#8217;s report on the Budget Directives Law (or LDO, in Portuguese). A mandatory step to establish the budget of the following year, the LDO is usually voted on by the committee before the July recess, but <a href="https://www12.senado.leg.br/noticias/audios/2019/07/cmo-deve-votar-lei-de-diretrizes-orcamentarias-no-inicio-de-agosto">according to its chairman</a>, Senator Marcelo Castro, lawmakers struck a deal to make the pension reform the main priority. Technically, without the approval of the LDO, <a href="https://brazilian.report/power/2019/06/23/sao-joao-brazil-congress-festa-junina/">there was no recess</a>, but lawmakers decided not to schedule any congressional sessions for two weeks.</p> <p>The LDO is <a href="https://www2.camara.leg.br/orcamento-da-uniao/leis-orcamentarias/entenda/cartilha/cartilha.pdf">based on a multiannual plan (PPA)</a> and establishes the goals and priorities for the following year, such as how much may be spent by each branch of government, or budget increases in certain areas of the administration, balancing revenues and expenses. It also determines the fiscal target and transfers of funds to states and municipalities—which are pivotal issues, given Brazil&#8217;s fiscal situation. Its guidelines will be used to establish the details on the actual federal budget law, or LOA, which has to be sent to Congress by August 31.  </p> <div class="flourish-embed" data-src="visualisation/572826"></div><script src="https://public.flourish.studio/resources/embed.js"></script> <h2>What to expect for 2020?</h2> <p>So far, <a href="https://www.senado.gov.br/noticias/tv/video.asp?v=455219">Mr. Leão has modified the bill </a>to allow salary readjustments for civil servants, as opposed to the government’s proposal to only offer pay increases for members of the military, as part of their pension reform. It establishes the minimum monthly wage as BRL 1,040—a 4.2 percent rise which is just enough to cover inflation, but not enough to promote any real gains. Mr. Leão has also included the possibility for amendments proposed by state <a href="https://brazilian.report/newsletters/weekly-report/2019/07/13/budget-legislation-passed-brazil-congress/">caucuses</a> to redirect funds to municipal elections and increased resources for healthcare, adding the population increase rate on top of the minimum amount established per law.</p> <p>The primary deficit is projected at BRL 124.1 billion, putting public accounts in the red for the eighth consecutive year. The projection comes despite Economy Minister Paulo Guedes&#8217; electoral promise to end the fiscal deficit in 2019. However, it is important to remember that the year started with a 2.5 growth projection that was slashed to 0.81 percent, followed by several budget cuts and <a href="https://www2.camara.leg.br/camaranoticias/noticias/ADMINISTRACAO-PUBLICA/578168-CONGRESSO-APROVA-CREDITO-SUPLEMENTAR-DE-R$-248,9-BI-PARA-GOVERNO-COBRIR-DESPESAS-CORRENTES.html">BRL 248.9 billion of extra credit</a>. Now, <a href="https://exame.abril.com.br/economia/mesmo-tudo-dando-certo-terminamos-este-governo-com-deficit-diz-mansueto/">following according to calculations of Treasury Secretary</a> Mansueto de Almeida, Brazil will only reach a primary surplus by 2023.</p> <div class="flourish-embed" data-src="visualisation/572438"></div><script src="https://public.flourish.studio/resources/embed.js"></script> <p>According to political scientist Leandro Gabiati, a director at consultancy firm Dominium,&nbsp; the situation does not reduce Mr. Guedes&#8217; political capital, as economic agents “knew it would be hard to fulfill this promise.&#8221;&nbsp;</p> <p>&#8220;It was more like a signal of intention to fight the deficit,” he said. In Mr. Gabiati’s view, <a href="https://brazilian.report/newsletters/weekly-report/2019/07/06/super-ministers-moro-guedes/">after some initial bruises</a>, Mr. Guedes proved to be a fast learner who understood how realpolitik works in Brasília.&nbsp;</p> <p>Those skills will be much needed from now on, as the government will have to face topics more controversial than the budget—such as the impending nomination of member of Congress Eduardo Bolsonaro, the president’s son, <a href="https://brazilian.report/newsletters/daily-briefing/2019/07/12/ambassador-eduardo-bolsonaro-brf-meat/">as Brazil&#8217;s ambassador to the U.S</a>.&nbsp;</p> <p>“There’s a consensus to approve the LDO, and I assume there’ll be the same for the LOA, unfortunately with a deficit. (&#8230;) But there are some issues. The government’s lack of negotiation skills was overshadowed by <a href="https://brazilian.report/power/2019/07/03/bolsonaro-congress-relationship/">the convergence that pushed the pension reform forward</a>. The government’s life will probably be harder after that. They will have to negotiate each bill individually, in a difficult manner,” Mr. Gabiati told <strong>The Brazilian Report</strong>.