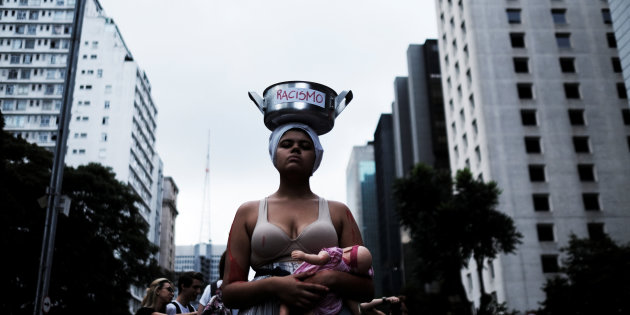 Race issues have been absent from the political agenda

A Brazilian cosmetics company decides to air a Father’s Day commercial displaying a goofy dad playing with his kids, having dinner with his family and saying that being a father is sometimes hard but worth the effort. It’s the sort of fictional ad that has been produced countless times throughout the world. Except that this one portrayed a black Brazilian family, and got over 17,000 dislikes on YouTube within a couple of days, with internet users complaining in the comment section about a ‘lack of diversity’ in its all-black cast of actors.

A rather bizarre outcry in a country where over half of the population self-declares as black or brown, but reportedly 8 percent of actors working in telenovelas are black. The online negative reaction against the 30-second video made news in major Brazilian news outlets, prompting an official reaction from the cosmetics company and mobilizing over 120,000 people to give the commercial piece the thumbs-up on YouTube.

Last year, official census data counted a Brazilian population of around 207 million citizens, of which almost 47 percent are self-declared brown and over 8 percent are self-declared as black. A private consultancy enterprise released data demonstrating that even though higher-income social classes have shrunk in 2017, there has been a 5-percent rise in the number of black and brown Brazilians within these same high-income brackets.

And while the percentage of white political candidates running for office in 2018 has decreased in comparison to 2014, this year’s general elections will have more black and brown postulants than four years ago, representing 46 percent of all those running for office.

Meanwhile, 64 percent of the 13 million Brazilians that are unemployed in 2018 are black and brown people, representing an unemployment rate above the national average. Black and brown workers in the country generally earn a little over half the mean income of white workers.

Ethnic representation in Brazil’s Congress: a long road ahead