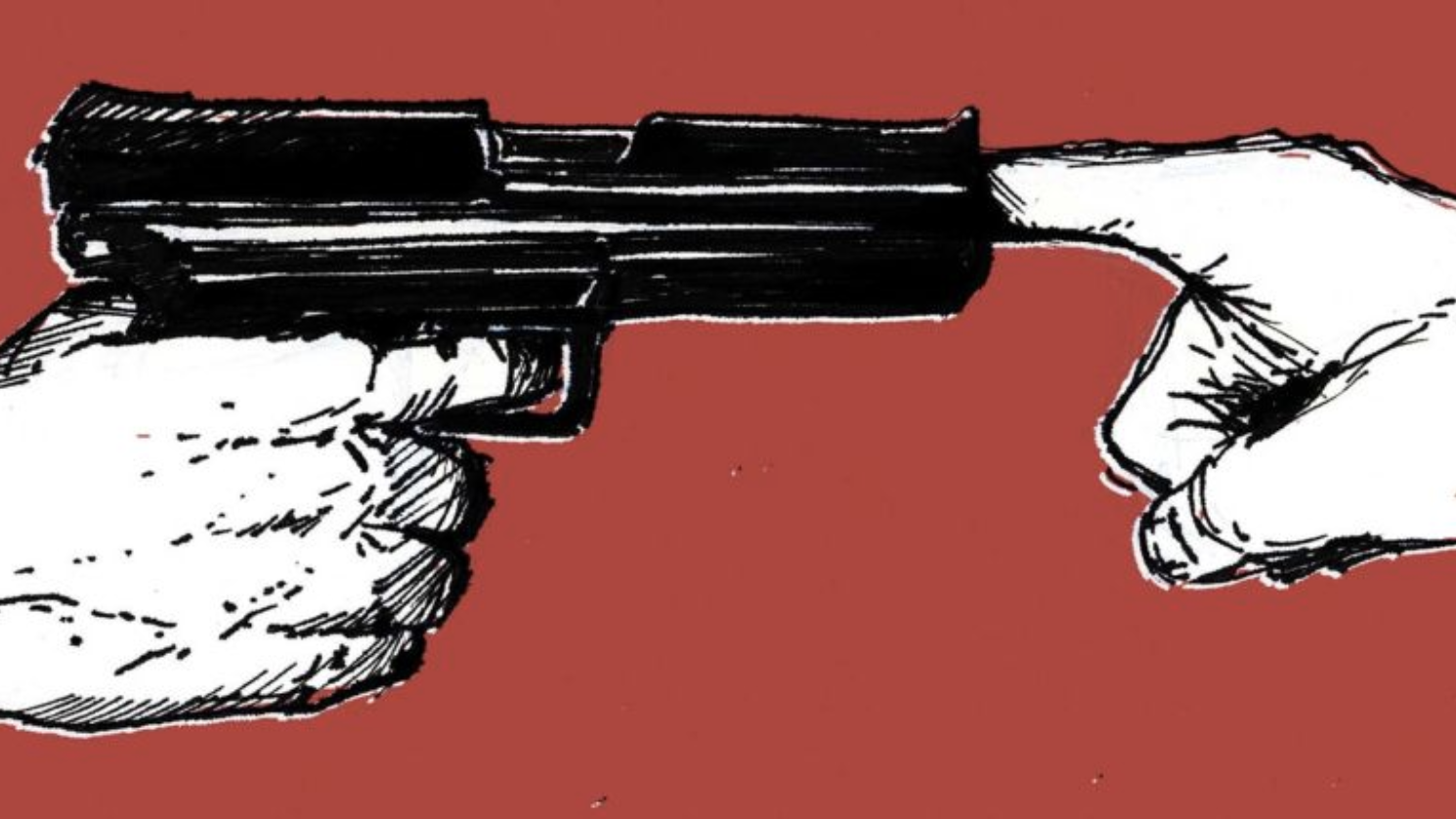 Brazilians are split when it comes to gun laws.

As Brazil’s presidential race looms on the horizon, potential candidates are divided over gun laws. The affectionately named ‘bullet caucus,’ a group of conservative politicians scattered throughout the country’s legislative houses, form an influential bloc with an agenda bent on loosening firearm restrictions.

Currently, Brazil has strict legislation around who can carry firearms, and under what circumstances. Individuals over the age of 25 are permitted to own a limited number of weapons, and may not carry guns outside of their homes without special authorization. They must also register their firearms with authorities every three years, in addition to being certified as having the technical capacity and psychological conditions necessary to wield a firearm.

More than <a href="https://brazilian.report/2017/10/31/brazil-abandoned-public-safety/">60,000 murders</a> took place in Brazil in 2016, according to data from the Brazilian Forum for Public Security. This is an increase from the 59,000 that took place in 2015, 71 percent of which used firearms. Research has also found that the presence of a firearm in a home dramatically increases the chances of femicide.</p> <p>But a recent Datafolha poll, which spoke to 2,756 Brazilians across 192 cities, showed how divided the topic is among voters. Approximately 56 percent said that any possession should be forbidden because of the danger that it represents to others’ lives, while 42 percent said that firearm possession should be seen as part of the citizen’s right to defend oneself. Just two percent didn’t have an opinion.</p> <figure class="wp-block-image"><img src="https://brazilian.report/wp-content/uploads/2017/10/Sans-titre-6.jpg" alt="Brazil has abandoned its public safety" class="wp-image-970" srcset="https://brazilian.report/wp-content/uploads/2017/10/Sans-titre-6.jpg 940w, https://brazilian.report/wp-content/uploads/2017/10/Sans-titre-6-300x160.jpg 300w, https://brazilian.report/wp-content/uploads/2017/10/Sans-titre-6-768x409.jpg 768w, https://brazilian.report/wp-content/uploads/2017/10/Sans-titre-6-610x324.jpg 610w" sizes="(max-width: 940px) 100vw, 940px" /><figcaption>Protest against urban violence in Rio. Photo: Fernando Frazão</figcaption></figure> <p>In the lead up to the 2014 presidential elections, at least 30 elected politicians from 12 different parties received a combined 530,000 BRL in campaign contributions from the firearms and ammunition industry. Now, it remains to be seen which candidates will be seen by the industry as supportive of their ideas.</p> <h2>Potential candidates as split as voters</h2> <p>The two candidates currently leading in the polls have distinctly different stances on gun laws. The Disarmament Statute was passed under Lula’s tenure, but the former president’s chances of returning to power look increasingly slim as he slips through appeals courts on corruption charges. Meanwhile far-right candidate Jair Bolsonaro, his main rival, recently told the press that he would change the bullet caucus to the “machine-gun caucus”, as well as making the <a href="https://www.revistaforum.com.br/minha-especialidade-e-matar-diz-pre-candidato-presidencia-em-2018/">claim</a>: “killing is my specialty.”</p> <p>But unlike in the U.S., gun rights don’t create further divides between left and right-leaning parties. Alvaro Dias, a candidate for leftist party Podemos, recently revealed that he is in favor of Brazil’s current legislation. “I understand that it fits for the State to offer security. After all, we pay taxes. But this shouldn’t impede the citizen’s liberty, to decide to carry,” he <a href="-%09https:/www1.folha.uol.com.br/poder/2018/03/debate-sobre-armas-projeta-bolsonaro-e-racha-presidenciaveis.shtml">told <em>Folha de S. Paulo</em></a>.</p> <p>João Amoeda, a libertarian candidate, also recently said: “What we have is unreasonable: the asymmetry created by the law that disarms good, law-abiding citizens, but leaves firearms in the hands of murderers. The State, incapable of defending us from the 60,000 annual homicides, cannot end the means of legitimate defense.”</p> <p>Meanwhile, candidates across the political spectrum support the legislation currently in place, opposing any changes. Center-right candidate Geraldo Alckmin has been vocal about his support of the current laws, saying that “it’s not about restricting or loosening [gun laws]” and adding that the “fight against crime should be carried out by a well-trained, modern and valued police force.”</p> <p>Rodrigo Maia, flirting with becoming a candidate for the right-wing Democrats’ party, would implement broad psychological tests to examine the emotional age of would-be weapons owners, in addition to requiring a minimum age of 25 and five years without criminal incident.</p> <p>Left-wing candidate Ciro Gomes told <em>Folha</em> that to combat violence and gun crime, Brazil should invest in intelligence, public policy, and its police forces rather than relaxing gun laws. “Public security isn’t resolved by arming the entire population,” he said.</p> <p>Marina Silva, the presidential environmentalist candidate, has historically taken a stance against firearms, previously saying that attempts to relax gun laws would be “a rollback of tragic proportions.” Brazilian Community Party candidate Manuela D’Avila has also vehemently opposed loosening restrictions, and far-left candidate Guilherme Boulos has said that more readily-available guns “will only create a false sense of security.”</p> <p>Current Finance Minister and presidential hopeful Henrique Meirelles, as well as the impeached 1990s president and current senator – and presidential candidate – Fernando Collor, have not yet publicly given opinions on changes to gun legislation.</p> <h2>Bullet caucus’ projects push through pre-election chaos</h2> <p>The bullet caucus has several projects in the pipelines, including attempts to reduce the age of possession from 25 to 21 years old. There are moves to allow gun owners over 25 years old the automatic right to carry concealed weapons, and create a one-off registration process and extend access to guns even to those currently under criminal investigation.</p> <p>Certain politicians are particularly active in their efforts to slash what they perceive as overly rigorous gun laws. Senator Wilder Morais, a Goiás state representative, is responsible for PLC 152/2015, approved by Brazil’s Senate in 2017 and currently awaiting approval from the CCJ and President Temer. If it passes, it will guarantee traffic authorities and municipal police the right to carry firearms while at work.</p> <p>Morais has authored three further proposals in the last year: plebiscite 175/2017 envisages rural residents with clean criminal records a guaranteed right to bear arms, while plebiscite 378/2017 asks to reduce the legal age to carry firearms to 18 years old. PL 224/2017, meanwhile, seeks to fully revoke the Statute of Disarmament, replacing it with a law guaranteeing firearm possession rights to any citizen fitting the requirements.</p> <p>Dozens of further proposals from politicians allied with the bullet caucus are also active. The Lower House recently <a href="http://congressoemfoco.uol.com.br/noticias/camara-prepara-liberacao-de-venda-e-porte-de-armas-proposta-enfrenta-oposicao/">approved bill number 3722/2012</a>, sponsored by Rogério Peninha Mendonça, which proposes a one-off firearm license that doesn’t need registering or renewal with the Federal Police, as well as lowering the age to 21 years. Opposition politicians have severely criticized the project, with Congresswoman Erika Kokay of the Workers’ Party calling it a “fast food solution.”</p> <p>Rio de Janeiro’s federal intervention, too, may be creating additional room for the bullet caucus to act. Congressman Alberto Fraga, an enthusiastic advocate for PL 3722/2012, recently expressed his delight at the government’s new Ministry of Public Security, voicing hopes that the Ministry will act in favor of the bullet caucus. Fraga predicts that the bullet caucus could back Bolsonaro in the presidential race.</p> <p>“I support Bolsonaro, because everything that I defend, he defends,” Fraga <a href="http://www.valor.com.br/politica/5351555/bancada-da-bala-ganha-folego">told <em>Valor</em></a>. “It’s undeniable that he says what the people want to hear.”

Brazilian presidential candidates in the hunt for VP nominees