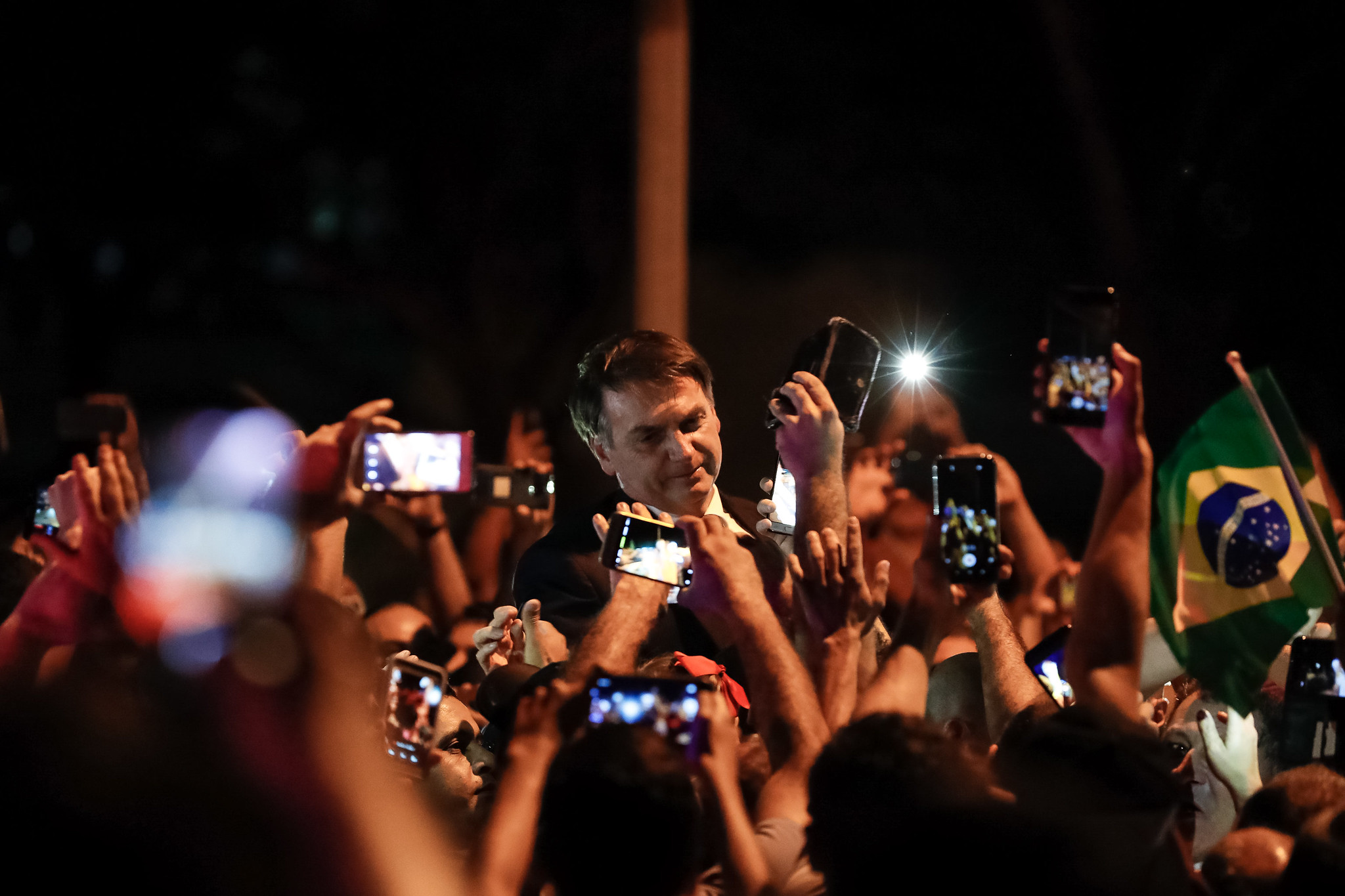 After its end of year holidays, Brazil’s Congress returns to work today, embarking on what is to be a busy 2020. Two key reforms have been championed by the Jair Bolsonaro administration and heads of the legislature, namely the overhaul of Brazil’s byzantine tax system, and a reform of the bloated civil service structure. However, if lawmakers are going to get anything done this year, major advances must be completed by June, as attentions begin to shift to the municipal elections to be held all over the country in the second half of the year.

In order to approve any meaningful measures, the relationship between Congress and the Executive will be key. On this matter, some important data concerning political party discipline and the performance of the Executive branch in Congress were recently released. This new information allows us to make some observations about the political system consolidated in Brazil post-1988, and how it is still in place and functioning.

</p> <p>To enrich this analysis and better organize the relevant ideas, this column will be divided into two parts. Today, I will deal with party cohesion, observing the 2019 numbers in the light of what Brazilian academic literature has already published on the subject. The second part will address some new contours of the relationship between President Bolsonaro and Congress, demonstrating that, despite its allegedly negative image, &#8220;coalition presidentialism&#8221; remains the system that governs the political game in Brazil—with some novelties, as the data will show. </p> <p>Party discipline, or cohesion, is understood as the obedience of members of Congress to their party whips in roll-call votes, in which all members vote individually. To simplify matters, imagine that Party X, at the time of a floor vote, whips its members to decide in favor of Bill 1,234. It is understood, therefore, that all members of Party X will toe the party line. The less the final results align with the party&#8217;s position, the less disciplined the party, and vice versa.&nbsp;</p> <p>In this context, there is a consensus among political scientists around the world that parliamentary systems would have greater party discipline than presidential systems.&nbsp;</p> <p>The basic argument is that if a party is undisciplined in a given vote which leads to a defeat for the government, the party itself would be punished by the electorate. Observing the <a href="https://brazilian.report/ebook-1-year-jair-bolsonaro-brazil/">crisis of representation in parliament</a> due to the negative outcome for the majority coalition, they would stop voting for the party responsible for the defeat. This would, therefore, be an incentive for party discipline: ensuring predictability in voting outcomes to avoid unexpected setbacks. </p> <p>In the presidential system, the above incentive would not exist, as the terms of the Executive and the Legislative branches are independent—the electorate votes separately for president and members of Congress, for example. Thus, the tendency of presidentialism would be to create &#8220;rebel&#8221; representatives and senators who are driven only by their personal interests. In other words, the system as a whole would display low levels of party discipline.&nbsp;</p> <h2>Brazil breaks the mold</h2> <p>What is evident in Brazilian presidentialism, however, is enough to refute the above argument. The institutional design of Brazilian politics after the 1988 Constitution gathered elements that guaranteed a high level of party discipline during most post-democratization governments. Among these essential factors are the formation of a majority coalition, the figure of the party whip, and the centralization of agenda-setting power in the hands of the Executive.&nbsp;</p> <p>As Fernando Limongi and Angelina Figueiredo showed in their indispensable article &#8220;Political institutions and governance: government performance and legislative support in Brazilian democracy&#8221; (2008): </p> <blockquote class="wp-block-quote"><p><em>&#8220;In a multiparty system, where coalition government is the dominant pattern, [&#8230;] a centralized decision-making process transfers the &#8220;power to propose&#8221; to the Executive. Congressional bylaws give party whips broad control over the legislative process, making joint actions of the Executive and the leaders of the governing coalition not only possible but effective. Therefore, presidents can use their legislative agenda-setting powers to reduce the influence of individual parliamentarians and organize their support in the Legislative branch. The government can thus function as if it were a merger between the Executive and Legislative branches.&#8221;</em></p></blockquote> <p>In the same article, the authors quantified the party cohesion of the main Brazilian political parties between 1946–1964 and 1988–2006. Unsurprisingly, the highest party index in the 1946–1964 period—where there was no favorable institutional system—was lower (65.5 percent) than the lowest rates in the 1988–2006 period (72.2 percent). The average from the period between the governments of José Sarney and Lula&#8217;s first term (1988–2006) was around 80 percent, a high value that confirms parties are cohesive in Brazil when it comes to congressional votes.&nbsp;</p> <h2>The novelty of Jair Bolsonaro</h2> <p>In the Jair Bolsonaro government, however, one of the elements that has been present in most governments since 1988 is missing: a majority coalition. From the beginning of his mandate, possible malfunctions in our political system have been in the air. In the case of party discipline, the data shows even more solid results than the findings of Mr. Limongi and Ms. Figueiredo.&nbsp;</p> <p>A survey conducted by Parlametria—a <a href="https://parlametria.org/">project</a> linked to the Federal University of Paraíba and NGOs Dado Capital and Open Knowledge—shows very high figures regarding party cohesion under Jair Bolsonaro. See the graphs below: </p> <div class="flourish-embed" data-src="visualisation/1067716"></div><script src="https://public.flourish.studio/resources/embed.js"></script> <div class="flourish-embed" data-src="visualisation/1071124"></div><script src="https://public.flourish.studio/resources/embed.js"></script> <p>In general, political parties were quite disciplined, regardless of their ideological positions or size of their benches in Congress. According to Parlametria, 19 of the 23 main parties in the House of Representatives had rates above 90 percent. The lowest median was for the Democratic Labor Party (PDT), with 83 percent.&nbsp;</p> <p>The results are positive, as they point to parties which are stronger and more coherent among their members. There is the hypothesis—not confirmed by the lack of data between 2006 and 2018—that the increase in numbers has been gradual. On the other hand, it is also desirable for the parties themselves to maintain their internal coherence to avoid criticism of indiscipline and even electoral fraud—all the more so with the population&#8217;s lack of faith in political parties, growing in recent years.&nbsp;&nbsp;</p> <p>In any case, the conclusion is that if there have been any changes to the &#8220;<a href="https://brazilian.report/power/2018/07/21/political-coalitions-business-brazil/">coalition presidentialism</a>&#8221; system under the Jair Bolsonaro government, party discipline is, for the time being, in this group. On the contrary, parties, in 2019, showed high cohesion in nominal votes. In my next column, I will address characteristics of the system concerning the relationship between the federal government and Congress, with the same leading question: what changed and what didn&#8217;t change in Mr. Bolsonaro&#8217;s first year?

The ends without the means: the government’s political disarray

Six months of Jair Bolsonaro: the tug of war in Brasilia