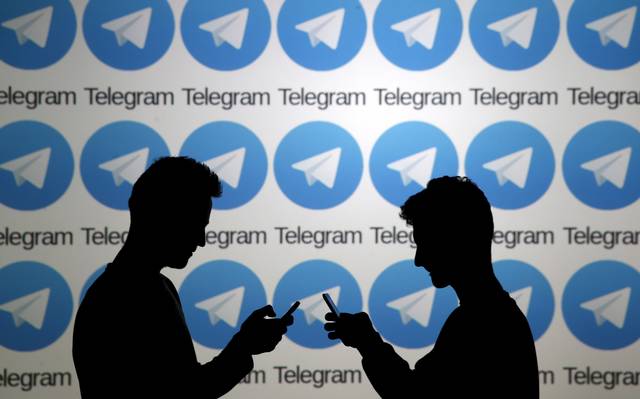 The latest political bombshell concerned the arrest of four individuals allegedly linked to the hacker attacks on over 1,000 mobile phones held by innumerable figures from the political and juridical worlds of Brazil.

Here, I will put forward an analysis of the possible impact on Brasília, based on what we already know about the investigation. I do not believe that there will be any major political instability arising from this, at least in the short term, despite the evident anxiety of many of those involved.

</p> <p>It should be noted from the start that my analysis aims to distance itself from political extremes on both sides. If you’re expecting to read an article linking the hackers to the Workers’ Party, or one which deduces that the Federal Police’s actions have some intention of protecting Sérgio Moro, you will not find that here.</p> <script src="https://www.buzzsprout.com/299876/1452826-70-in-brazil-new-terms-and-conditions-will-apply.js?player=small" type="text/javascript" charset="utf-8"></script> <p>It is entirely plausible to believe in the Federal Police’s work, in the need to clear-up the case, and also to question the hackers’ intentions as to the hacks and whether there are any links between them and <em>The Intercept</em>. Not least because there are very suspicious transactions involving the bank accounts of two of the four who were arrested. Equally, it is normal to want the content of the supposed conversations between Moro and Dallagnol, as well as between other prosecutors, to be clarified. Not least because the idea that a judge was conversing openly about an ongoing case with a prosecutor is hardly trivial.&nbsp;</p> <p>Therefore, I prefer not to come to any premature conclusions when we have a scandal of this magnitude on our hands, and which involves confidential information that is not in the public realm. In cases such as these, we do not have empirical evidence to sustain an argument, nor do we have any sort of literature to reference in the field of ideas. Hence my decision to avail myself of only information that has already been revealed.</p> <p>Due to this choice, there are several critiques that could be made. I bet I’ll be called a “fence-sitter” or something similar, or even “naive”, for not “seeing what’s in front of my face.” Of course, I run the risk of having to correct myself if one of the versions of the story told by the left or the right prove true. Currently, however, I cannot believe either one of them. On the contrary, I have a strong feeling that both are nothing more than (very well written) narratives constructed so as to defend their own points of view.</p> <p>Taking inspiration from Plato: better to be afraid of the dark than not to see the light of reason.</p> <p>Returning to the object of our analysis: up to know, what is known is that the hackers accessed the phones of Jair Bolsonaro, Raquel Dodge (prosecutor-general of the Republic), Rodrigo Maia (DEM-RJ), Davi Alcolumbre (DEM-AP), Paulo Guedes, and the president of the Superior Court of Justice, João Otávio de Noronha, amongst others. We cannot discard the possibility that the hackers may have accessed the cell phones of Supreme Court justices and even the sons of the president of the Republic.&nbsp;</p> <p>One of those arrested confessed to hacking the cell phones and, afterwards, to <a href="https://www.terra.com.br/noticias/manuela-davila-prestara-depoimento-sobre-acao-de-hacker-diz-defesa,c8ef37d3af3996f38ce5b06160762e99b39cwhve.html">sending the content</a>—anonymously and without any financial compensation in return—to <em>The Intercept</em>. The site, meanwhile, has been using leaked messages to denounce the supposed excesses of Sérgio Moro while he was the judge overseeing Operation Car Wash. </p> <script src="https://www.buzzsprout.com/299876/1269271-64-you-can-t-spell-car-wash-without-leaks.js?player=small" type="text/javascript" charset="utf-8"></script> <p>From the start, there has been a great deal of apprehension in Brasília because the exact scale of the hacks is not known. It is also not known how the hackers had access to the phone numbers of so many important figures. This fact, taken alongside the suspicious quantities of money, makes the possibility that there was someone else behind these crimes quite considerable.&nbsp;</p> <p>Justice Minister Sérgio Moro made a point of announcing he would destroy the seized evidence. However, only the judge presiding over the case can make a decision as to the destiny of the evidence. The Federal Police itself (which answers to Moro) clarified that the decision is the sole responsibility of the Justice Department. Moro’s slip only leaves the climate more tense, given that opponents will question what exactly is behind the minister’s decision to erase the messages.</p> <p>In fact, this is the most sensitive part of the whole situation: with so many hacked phones, the eventual exposure of all these conversations could rattle the political system once again, with consequences that would be difficult to measure. Evidently, I’m not cheering for this outcome. Let us hope that the messages do not contain anything compromising; at the same time, we cannot exceed the limits of the law (as Moro tried to do, albeit his motives are unknown) to avoid a greater evil or whatever may result from the seized material.</p> <p>It will still be necessary to investigate the material to know which cell phones were, in fact, hacked and whether there was any modification or forgery of the messages. The Federal Police has ordered maximum precaution: the material is sensitive and may cause long-term damage. In the short term, parties are not making any declarations—be it due to caution or fear—but they are alert in case a new crisis were to explode.</p> <hr class="wp-block-separator"/> <div class="wp-block-image"><figure class="alignleft"><a href="https://levanteideias.com.br"><img src="https://brazilian.report/wp-content/uploads/2019/06/02_levante_logo_A-300x37.png" alt="" class="wp-image-18346" srcset="https://brazilian.report/wp-content/uploads/2019/06/02_levante_logo_A-300x37.png 300w, https://brazilian.report/wp-content/uploads/2019/06/02_levante_logo_A-768x94.png 768w, https://brazilian.report/wp-content/uploads/2019/06/02_levante_logo_A-1024x125.png 1024w, https://brazilian.report/wp-content/uploads/2019/06/02_levante_logo_A-610x74.png 610w" sizes="(max-width: 300px) 100vw, 300px" /></a></figure></div> <h6 style="text-align:right">Written by<br><a href="mailto:[email protected]"><strong>Levante Ideias de Investimentos</strong></a></h6> <p>

The police operation against the Car Wash hackers, explained