What to expect from President Bolsonaro 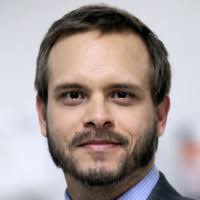 Make no mistake, folks: Jair Bolsonaro managed a clear victory on Sunday. 55 percent of valid votes is a lot for a polarized country, especially for an extremist candidate. Furthermore, Mr. Bolsonaro’s allies snatched control in many states, including the country’s four richest (São Paulo, Minas Gerais, Rio de Janeiro, Rio Grande do Sul). The far-right also elected a major congressional front – something that neither the Workers’ Party nor the Brazilian Social Democracy Party managed to do. The message is clear: there was a colossal vacuum in power. And there isn’t anymore.

Central Bank offers an olive branch to the government

Brazil’s many doctors are unequally spread out

Why does Lula spend so much time pandering to his base?