Much of the fun of the World Cup is in its narrative. The redemption stories, the against-all-odds comebacks, the clashes between good and evil. Football can become a bit perfunctory when you don’t have anyone to cheer for, or, for that matter, anyone to cheer against. In that vein, the British and North American sports press didn’t take long to choose their villain for this World Cup: Brazil’s star forward Neymar da Silva Santos Júnior.

A flashy young man with tremendous skill, fancy jewelry, a model girlfriend and a penchant for changing hairstyles as often as he changes underwear, Neymar is the most recognizable person in Brazil at the moment. However, for large parts of the English-language press, there is something about him which rubs them up the wrong way, eliciting an odd, somewhat sinister dislike from usually measured and objective sports journalists.

The common accusation leveled at Neymar is that he’s a cheat, feigning injury in order to deceive referees and win advantages. Criticizing a footballer for gamesmanship or simulation is a typically British and American pastime, speaking to their lofty and Corinthian ideals of fair play. What’s more, singling out one player for criticism for theatrics isn’t fair, because everybody does it, even the English.

In fact, a recent article from data analysis site FiveThirtyEight measured the amount of time teams at this World Cup have slowed down their actions in order to run down the clock, a form of gamesmanship called “timewasting” which is the subject of much ire from British and American journalists. Of the teams still remaining in the competition, Sweden, France, and England wasted the most time, while Brazil, according to the study, didn’t waste any. 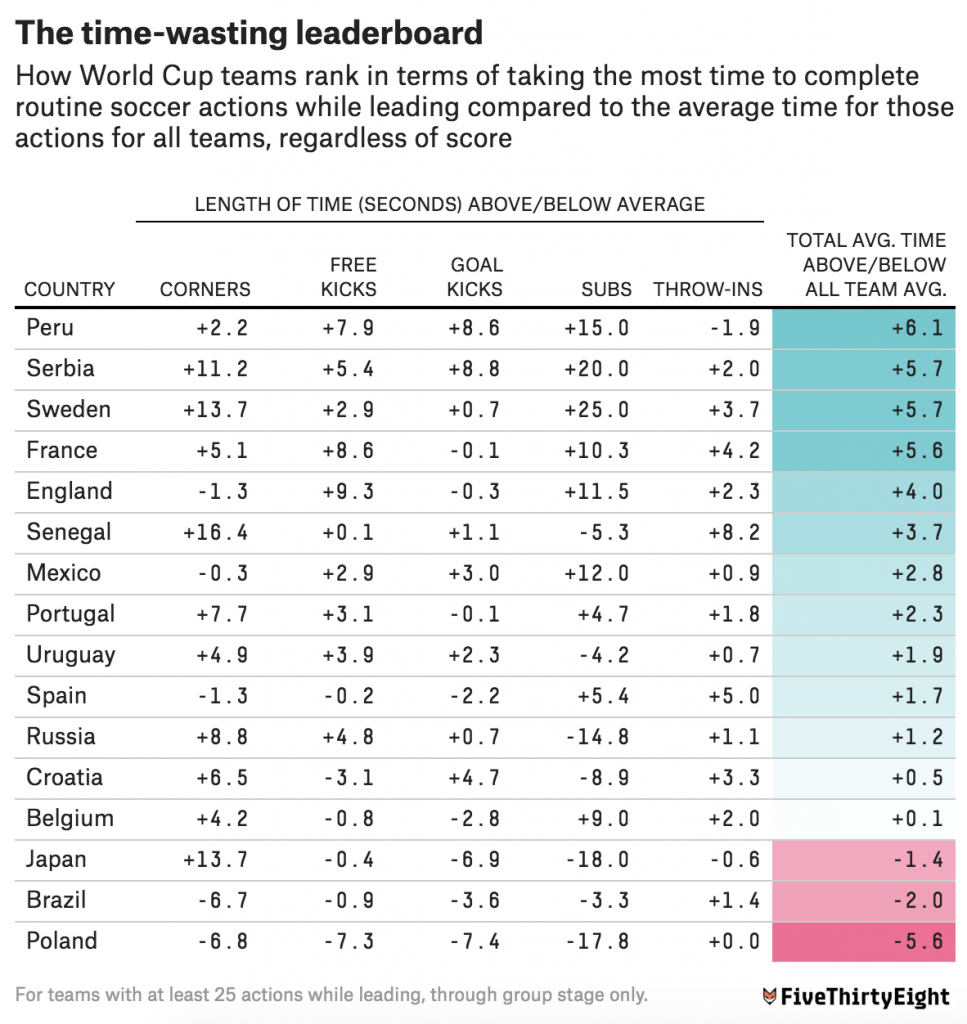 The incident that sparked most of this recent outrage with Neymar came near the end of Brazil’s 2-0 victory over Mexico in the round of 16. After play had stopped, Mexico’s Miguel Layún noticeably stands on Neymar’s ankle as the Brazil player is lying on the side of the pitch. While the step was not necessarily dangerous, it was clearly deliberate and intended to hurt. Neymar, in an attempt to attract the referee’s attention and perhaps encourage him to review the decision using video replays and punish Layún, begins rolling around dramatically. 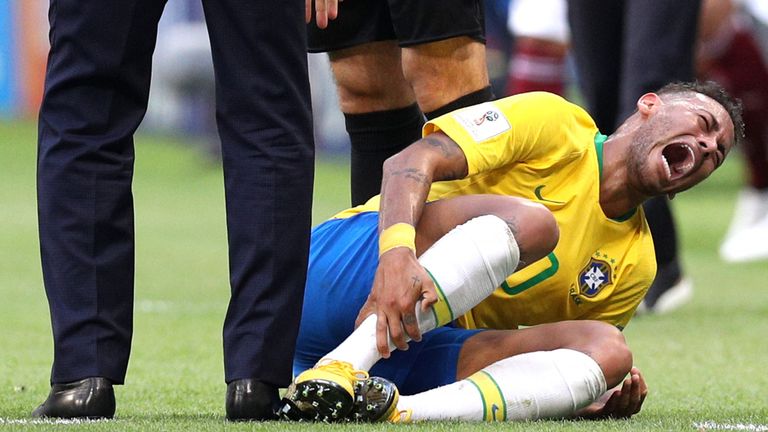 While the sight of a grown man writhing around on the pitch in unproportionate agony is a bit ridiculous, the moral panic over such cases is just as bad. Instead of criticizing Layún for what was nasty behavior off the ball, we castigate Neymar for trying to attract the referee’s attention and protect himself against future aggression. Judging by the reaction from the sports press, Neymar should just suffer in silence.

Next came Colombia, the most recent Latin American country to be eliminated from the tournament after a penalty shootout loss to England on Tuesday. Despite a match that saw gamesmanship, aggression and simulation from both sides, leading English newspapers placed the blame entirely on Colombia’s players, calling their tactics “snide” and “sneering”, while the BBC spoke of “scenes close to anarchy.”

During that match, England defender Harry Maguire dived in the penalty area to attempt to con the referee, a similar incident to a week earlier when Neymar tried to win a penalty kick against Costa Rica. The Guardian newspaper, instead of accusing Maguire of bringing the sport into disrepute, brushed it off as a brief desertion of discipline “amid the histrionics of the Colombia game.” One cannot imagine Neymar, or any Latin American player, getting off so lightly.

Let this take nothing away from the fact that there is a valid critique to be made of Neymar and his behavior on the pitch throughout this World Cup. While Neymar is singled out for special treatment (read, fouls) from every opponent he faces, his decisions on the pitch, particularly when he plays for Brazil, are an unnecessary lightning rod for this type of physical attention.

As the undisputed star of the show in an already illustrious Brazil line-up, it is clear that Neymar feels a certain expectation on him to perform and show the full extent of his talent each time he pulls on the yellow and green jersey. As a result, he holds on to the ball for unreasonable periods of time, allowing defenders to close in and foul him.

At several moments in Brazil’s group stage matches, Neymar was seen refusing to play passes to his team-mates and carrying the ball himself, running down aimless paths, more often than not with an opposing defender waiting for him at the end, ready to send him to the deck.

The success of the current Brazil attack is based on its fluidity and quick passing combinations. With Neymar hell-bent on dribbling the ball past as many opponents as he can before being sent flying into the air, this fast, free-flowing offensive play is impossible.

Neymar is a prime example of a new generation of protected and, at times, spoiled Brazilian football players. While the all-time greats Pelé and Garrincha grew up playing football on the street, learning to dribble in order to avoid having their legs broken, Neymar learned the game playing futsal – a reduced version of the sport with five players on each side, almost always played in indoor courts, as opposed to on grass pitches.

For kids, futsal is a much more protected alternative to football. A referee is always present and precious little contact is allowed. From a young age, Neymar learned that running at defenders results in one of two things: either he successfully dribbles past the player, or he falls over and wins a free-kick. This freedom and protection allowed him to develop his clearly incredible dribbling skills but also means he has spent a fair amount of his professional football career writhing on the grass, pleading for fouls.

Neymar is no hero in the tale, though there is no excuse for this witch hunt led by the English language sports media and its holier-than-thou tone, disparaging and patronizing a clearly wonderful footballer, while overlooking the so-called “sins” of English and European players.

Everything you need to know about the Copa America

The rape accusation against Neymar

The Neymar case: the story so far

Where will Neymar end up playing this season?