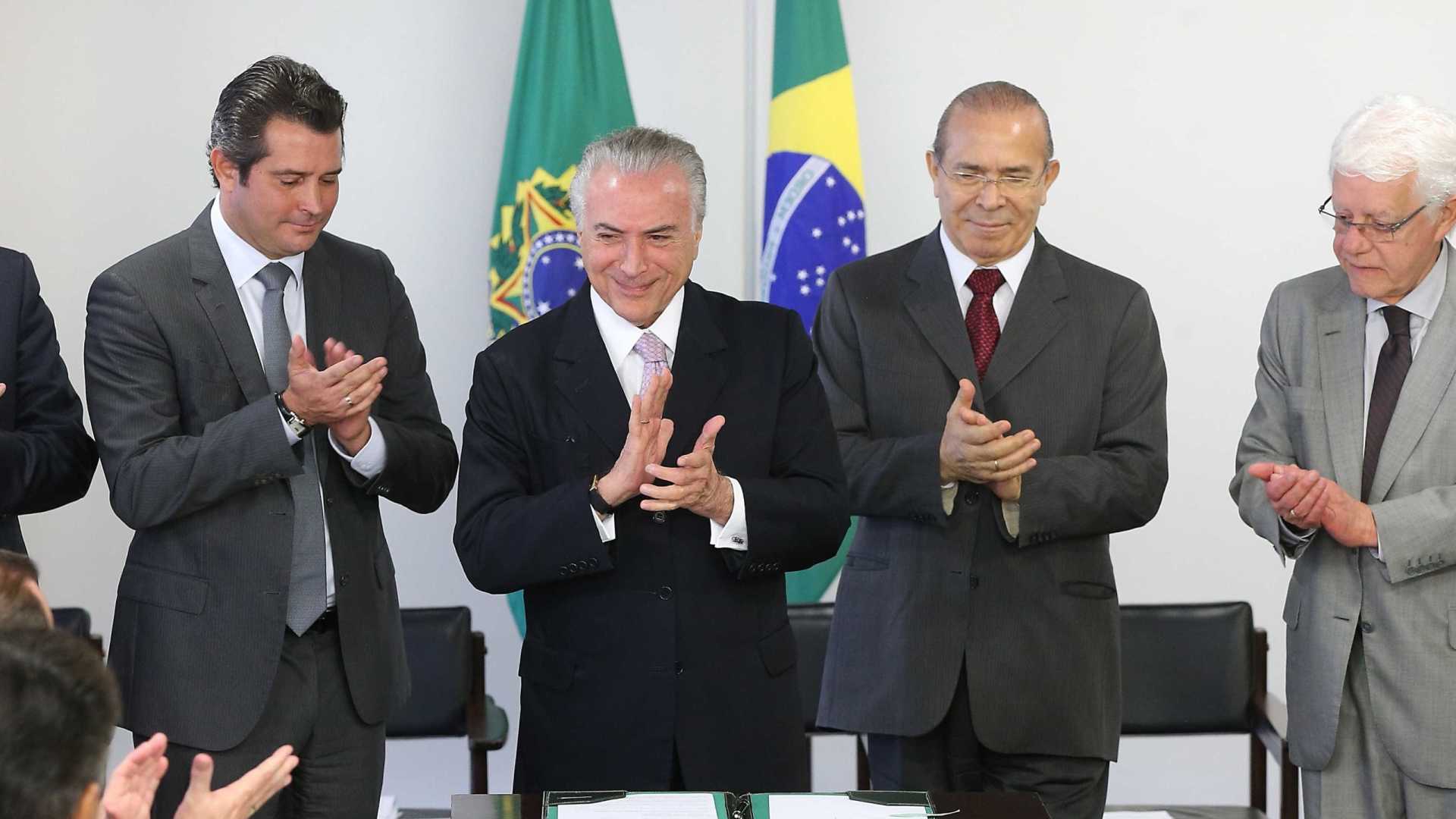 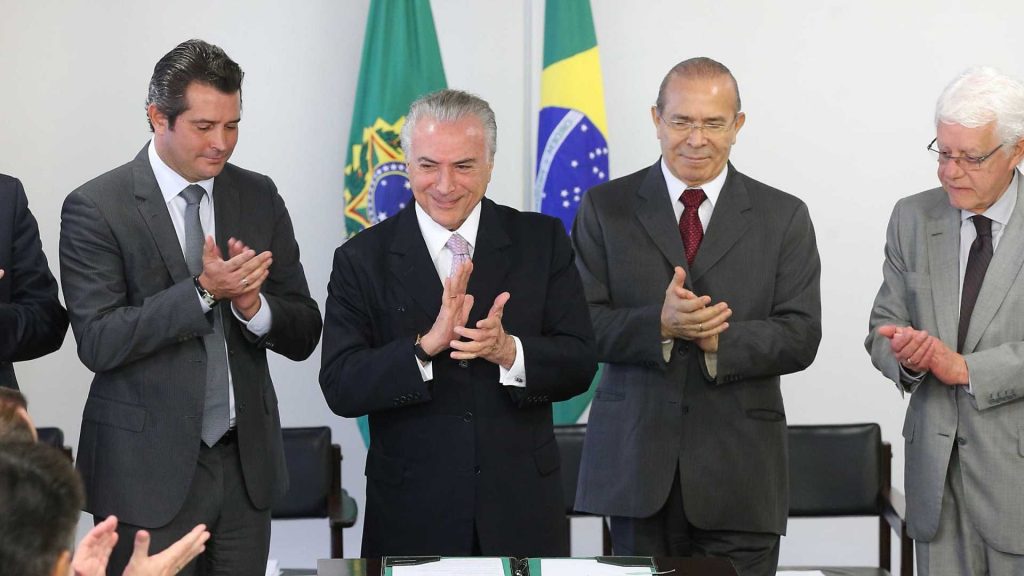 President Michel Temer has only months left in office, but the on-going trucker strike has led to speculation that he may not be able to finish out his term. With the country at a standstill, Brazil’s political and judiciary branches have given indications that potential obstacles lay ahead for this October’s elections.

While the armed forces have denied accusations that they would stage a military coup, members of Brazil’s highest courts have hinted at moves that could see elections postponed. However, other movements have analysts concerned.

As op-ed columnists are publishing arguments on why the trucker strike could signal Temer’s eventual fall, the Senate’s Constitution and Justice Commission is defining the rules for indirect elections. Under the proposals, government representatives could choose a new leader if the president and vice-president are removed from office.

If both figures are removed from office within the first two years of the four-year term, Brazil’s Constitution stipulates that direct elections – where a new leader is decided by a popular vote – must be held.

</p> <p>But Brazil has lived on the precipice of constitutional ambiguity since Dilma Rousseff’s 2016 impeachment, as an unpopular President Temer inches ever closer to a fall. If both the president and his vice leave with less than two years until the next election, Congress must vote on the next leader.</p> <p>However, that’s as explicit as the Constitution gets; there are no guidelines as to how Congress would conduct indirect elections. But on May 24, the Senate&#8217;s Justice Committee approved a bill creating these rules. If no senators appeal, the bill goes to the House of Representatives before it is sanctioned by the sitting president.</p> <p>Popular support for Temer has <a href="https://brazilian.report/2018/05/12/michel-temer-2-years/">never</a> been high. But last year’s leaked audiotapes, which revealed that he endorsed bribes from meatpacker JBS to government ministers, saw his approval ratings plummet to just above zero – where it’s been hovering ever since. Even Ronaldo Fonseca, the latest minister to head up General Secretariat of the Presidency of the Republic, <a href="http://congressoemfoco.uol.com.br/noticias/novo-ministro-ja-pediu-renuncia-de-temer-%E2%80%9Cse-nao-renunciar-economia-vira-po%E2%80%9D/">publicly called</a> for Temer to step down before “the economy turns to dust”.</p> <p><img class="alignnone size-large wp-image-4687" src="https://brazilian.report/wp-content/uploads/2018/05/unnamed-6-1024x964.jpg" alt="" width="1024" height="964" srcset="https://brazilian.report/wp-content/uploads/2018/05/unnamed-6-1024x964.jpg 1024w, https://brazilian.report/wp-content/uploads/2018/05/unnamed-6-300x282.jpg 300w, https://brazilian.report/wp-content/uploads/2018/05/unnamed-6-768x723.jpg 768w, https://brazilian.report/wp-content/uploads/2018/05/unnamed-6-610x574.jpg 610w" sizes="(max-width: 1024px) 100vw, 1024px" /></p> <p>For the public, this means that if President Temer were toppled, the country’s leadership would depend on deals, partnerships, and coalitions made by its parties. With approximately one-third of all politicians under investigation in Operation Car Wash, not to mention the powerful ‘BBB caucus’, under-the-table interests could influence leadership selection.</p> <p>However, international relations professor at Fundação Getulio Vargas (FGV-SP) Oliver Stuenkel told <strong>The Brazilian Report</strong> that he believes the political class has more reasons to keep Temer than to call for his resignation. “If we look at the incentive structure, nobody would be better off if Temer fell. That’s the key element keeping him in power,” he said. “The actual outcome of him being replaced would be very limited.”</p> <p><strong>Ambiguous signals</strong></p> <p>However, two other events hint at potential delays to this year’s elections, according to Maria Cristina Fernandes. Speaking with <a href="http://cbn.globoradio.globo.com/media/audio/186667/institucionalidade-do-pais-esta-em-risco.htm">CBN radio</a>, the journalist said: “There’s always a very intense conspiratorial discourse. These discussions are often brought about by hysteria on social networks, and hold little connection to reality. But two gestures from ministers of the Supreme Federal Courts should be read as a warning light.”</p> <p>Justice Luiz Fux, head of the Supreme Electoral Court (TSE), has said that a strike similar to the one Brazil is currently experiencing could put free elections at risk. On Monday, Fux told reporters <a href="https://www.conjur.com.br/2018-mai-28/greve-caminhoneiros-mostra-eleicoes-correm-risco-fux">at an event in Rio</a> that the truckers’ strike was a clear sign of how the election could be disrupted, between distributing electronic ballot boxes and public movement to polling stations.</p> <p>Fux said that within his role at the TSE, he wants to find a way for federal agencies such as the Federal Police, armed forces and national forces work together to ensure “peace” during the process.</p> <p>Meanwhile, Supreme Court Chief Justice Carmen Lúcia has also recently spoken about the possibility of switching to a parliamentary system instead of a presidential one, without the need for public consultation or constitutional amendment. Although the conversation is hardly new, having floated around the STF for 21 years and been previously rejected by more than 50 percent of the electorate, Lúcia’s timing has set some nerves on edge.</p> <p>“It’s a very beneficial exit for the parliamentary group led today by Michel Temer, a group without votes,” CBN journalist Fernandes said. “The twist of parliamentarianism, with a super powerful prime minister, would be an alternative for those in power to maintain themselves there.”</p> <p>The Workers’ Party has outright rejected the idea on the basis that it is unconstitutional and should be done via a constitutional amendment. The Attorney General&#8217;s Office (PGR) has also said that the debate may violate Constitutional rights and would represent a big step backwards. However, the STF is <a href="http://www.valor.com.br/politica/5557875/stf-analisa-em-junho-se-parlamentarismo-pode-ser-instaurado-por-emenda">set to vote</a> on the issue on June 6.</p> <p>“I find it very hard to imagine that something so significant would go down without a lot of popular resistance,” said Stuenkel, who believes that a move towards parliamentarianism would do little to solve underlying problems in government. For Stuenkel, the most stunning element of the trucker strike is not the myriad of debates, but the bleak display of anemic political alternatives.</p> <p>“Presidential candidates have been unable to profit in any way from this,” he said. “It&#8217;s quite amazing that you don&#8217;t really have a political candidate who can look at this and articulate in a narrative how a new government would deal with these things in a better way.”

Brazil’s 1989 presidential race: the ghosts of elections past

Who is Luiz Fux, the new chief of Brazil’s Electoral Justice?

Supreme Court censorship on Lula a threat on freedom of speech?