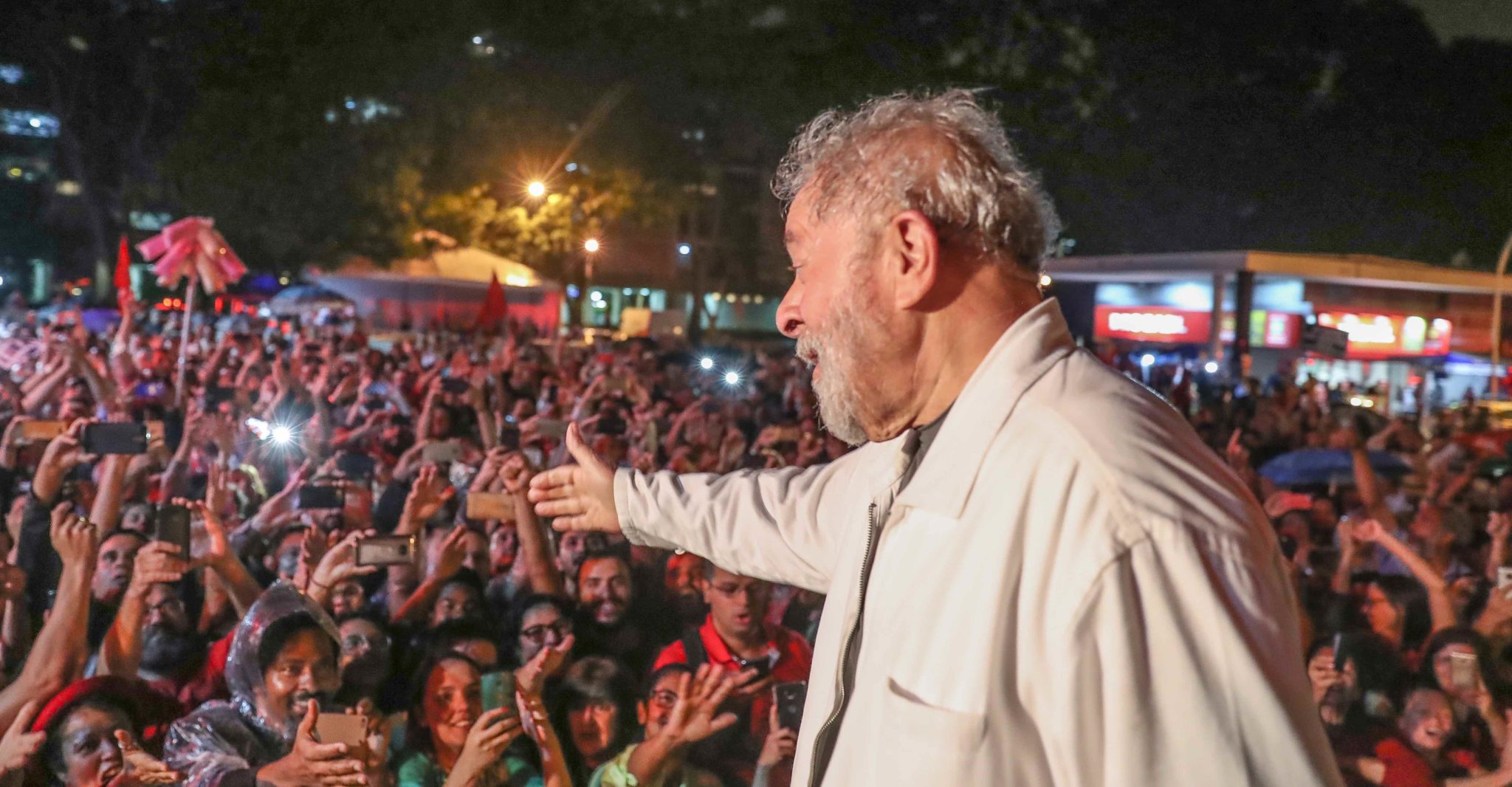 Lula leads all polls, but could be excluded from the race. Photo: Ricardo Stuckert

Lula leads all polls, but could be excluded from the race. Photo: Ricardo Stuckert

The 2018 presidential election in Brazil has been polarized between two candidates: former President Luiz Inácio Lula da Silva to the left, and Congressman Jair Bolsonaro to the right. It is by no means, however, a symmetric polarization. While Lula is a center-left pragmatist, a social-democrat, Bolsonaro is firmly on the far-right – it is safe to qualify him as Brazil’s answer to the neo-fascist movements in Europe.

Besides those two, all other relevant candidates are placed somewhere around the center: former ministers Marina Silva and Ciro Gomes to the center-left, and São Paulo Governor Geraldo Alckmin to the center-right. Other presidential hopefuls are as of yet irrelevant – either because they are polling far too low (such as Finance Minister Henrique Meirelles, at 1 percent), or because they have destroyed their own chances (at least for now), in the example of São Paulo Mayor João Doria.

What makes next year’s election so unpredictable is that Lula, the candidate who leads the polls, might not even make it onto the ballot. Convicted of corruption and money laundering, Lula will stand trial before the Federal Appellate Court of the 4th Region late in January. The court has been known for its harsh verdicts, usually upholding the sentences handed down by Federal Judge Sérgio Moro, who presides over Operation Car Wash-related cases.

</p> <p>The most probable scenario is that the conviction is upheld, which would make Lula ineligible for public office. According to Brazil’s “Clean Record” law, politicians with criminal <a href="https://brazilian.report/2017/11/23/brazils-congress-temer-lula-prison/">convictions at multiple degrees</a> of Justice cannot run for office.</p> <p>Should this scenario be confirmed, the presidential race would be considerably altered – thus creating a new sort of polarization between the center and the extreme right. That is, of course, unless the left finds a viable option to replace Lula – which, frankly, doesn’t seem to be the case.</p> <h3>The time of politics <em>v.</em> the time of Justice</h3> <p>Lula’s criminal case throws up a lot of questions with regard to the speed at which the Justice system has gone through the proceedings. At the first degree, nine months passed between the moment Lula was charged and a verdict was issued – in line with how Sérgio Moro normally operates. The Federal Judge has concluded cases that have taken from six months to one year. From that moment on, however, things seem to have sped up.</p> <p>The Federal Appellate Court accepted the charges against the former President after only 42 days (it normally averages 96 days). The case’s rapporteur analyzed all the evidence and wrote his opinion on the case in a matter of 100 days – almost three times faster than his normal average of 275 days. The appeal trial has been scheduled for January 24 – only 54 days after the rapporteur completed his judicial opinion, roughly half of the average time (102 days).</p> <p>Of course, it is politically desirable that a presidential election does not take place with one of its main competitors having his right to run for office being contested. It would also be ideal if criminal cases didn’t take as much time as they do in Brazil. However, considering that all individuals should be treated equally before the law, it is problematic when a presidential candidate has his case treated by the Justice system at a faster pace than cases involving his competition. As Rafael Mafei, a law professor, said during an interview to <a href="https://www.nexojornal.com.br/expresso/2017/12/18/Quando-o-ritmo-da-Justiça-beneficia-ou-pode-beneficiar-nomes-do-PSDB"><em>Nexo</em></a>: “if a faster pace is sought at all cost only in one or few cases, there’s no efficiency there – but rush.” But why should there be any rush in Lula’s case?</p> <p>The former president’s defense team has repeatedly called foul play against Operation Car Wash investigators, claiming that the investigation is a witch hunt against him. His argument holds some water when we consider that leaders of the center-right Brazilian Social Democracy Party (PSDB) have benefited from a much slower pace in their criminal cases. The Justice system has been so ineffective when dealing with PSDB cases that some crimes have already reached their statute of limitations. High-profile members of the party, such as Senator José Serra and Foreign Affairs Minister Aloysio Nunes Ferreira, have even asked for the cases to be dismissed under that argument.</p> <p>PSDB’s probable presidential nominee, Geraldo Alckmin, is under investigation for allegedly having taken bribes from construction firm Odebrecht. His case, however, is far from reaching the point of a trial, and runs under secrecy – which helps preserve Alckmin’s image as an honest politician – and makes the deadline for the end of the investigation very uncertain.</p> <p>The problem with this apparent double standard is not only that it undermines anti-corruption investigations in Brazil, but that it also helps Lula craft his image as being a victim of injustice, thus helping him to curb his rates of rejection among voters. If Lula is indeed convicted and excluded from the electoral game, then the race will happen under the shadow of illegitimacy, as part of the electorate will be under the impression that the strongest candidate was damaged by criteria that don’t apply to other politicians. But Lula will be an important player regardless, depending on who he chooses to support.

Lula motivates yet another legal clash in Brazil

So, will Brazil’s Lula be able to run for president or not?