Sergio Moro postpones decision on what office to run for 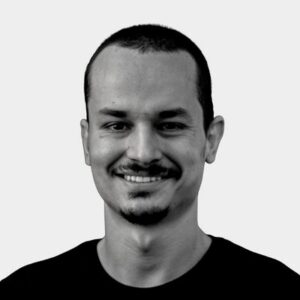 Former Justice Minister Sergio Moro on Tuesday said that he will not announce for which office he’s running in 2022, if at all.

Exactly one week ago, an electoral court in São Paulo ruled that Mr. Moro used a phony address with the sole purpose of running for office in Brazil’s most populous state — following a complaint by the Workers’ Party.

Mr. Moro’s party, the right-wing União Brasil, has all but buried his presidential hopes, leading Mr. Moro to eye up a Senate seat for Brazil’s wealthiest state.

When that fell through as well, the former Justice Minister was expected to announce whether he would make a lateral move of sorts, running for the single Senate seat up for grabs in his home state of Paraná, or run as the vice-presidential nominee on the ticket led by União Brasil chairman Luciano Bivar.

“I know there are a lot of doubts about what I’m going to do in Paraná,” Mr. Moro said.

“There are many questions about whether I’m running for congressman, senator, possibly governor … But deep down my primary goal now is to walk across Paraná, reconnect myself with the people of Paraná. That decision will be taken in the future, together with União Brasil.”

Besides recent legal woes, Mr. Moro also faces an internal complaint from the pro-Bolsonaro wing of his party. This group aims to block Mr. Moro from running for any office in Paraná.

The complaint alleges that, when Mr. Moro switched parties late in March, he enrolled himself in the party’s São Paulo chapter and cannot run for office elsewhere. The matter will be decided by party leaders in Paraná.