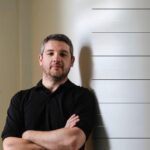 On Tuesday, four Senate committees began debating 23 nominations made by President Jair Bolsonaro to regulatory agencies, federal courts, and the Central Bank. So far, 14 names have been confirmed in their respective committees and will be submitted on Wednesday to a floor vote — a step that is all but a formality.

The Economic Affairs Committee confirmed two new directors for the Central Bank, as well as two members of antitrust watchdog Cade. It also greenlit the appointment of João Pedro Barroso Nascimento to head Brazil’s Securities and Exchange Commission (CVM). He is a long-time friend of Senator Flávio Bolsonaro — the president’s eldest son.

Senators will move on to nominations for agencies overseeing mining, telecommunications, and transportation.

Unlike in many countries, such as the U.S., presidential appointments to government agencies are usually met with indifference by the Brazilian Senate – and are seldom rejected. In the cases when that does happen, it is usually a political move to retaliate against the government.

One such case concerned Mr. Bolsonaro’s second Supreme Court nomination, André Mendonça. His confirmation hearing was stalled for nearly six months, as part of a power move by the chairman of the Senate’s Constitution and Justice Committee. Eventually, Justice Mendonça was approved in what was one of the most contentious Supreme Court confirmation processes in Brazil’s recent history.