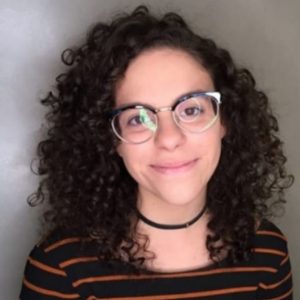 The city of São Paulo will today begin vaccinating those who have seen their second AstraZeneca doses delayed. According to municipal Health Secretary Edson Aparecido, the immunization will be carried out using Pfizer doses the city received from the state government on Saturday.

Those set to receive second AstraZeneca doses between September 1 and 15 will be eligible. However, the doses received are still not enough to fully immunize the group. A survey conducted by municipal officials shows that 340,000 people are already late for their second jab.

The change from AstraZeneca to Pfizer was endorsed by the state government’s scientific committee, based on studies by the World Health Organization and guidelines from the Health Ministry.

Last week, São Paulo Governor João Doria said he will file a lawsuit in the Supreme Court if the state does not receive roughly 1 million AstraZeneca doses from the federal government, which, according to him, are overdue and were earmarked for second doses statewide.

Meanwhile, Health Minister Marcelo Queiroga reiterated that the government will not guarantee the delivery of doses to states which follow their own vaccination schedules instead of adhering to the national plan, as is the case with São Paulo.

Jair Bolsonaro appointed André Mendonça to a Supreme Court vacancy in July, but the Senate is stalling his confirmation hearing for as long as possible — a move led by Brazil's answer to Mitch McConnell

In a surprise move, Marcelo Queiroga announced that the government has removed teenagers without prior health conditions from the national vaccination plan. Some states, however, plan to ignore the directive and continue as normal

What Boris really asked of Bolsonaro in New York

Is Brazil’s so-called ‘rent inflation’ on its last legs?

Rental contracts in Brazil are not adjusted each year by the official inflation rate — instead, they follow another index, which has ballooned due to increased commodities prices around the world

Major agribusiness firms are able to offset their tax bills and see money funneled back into their coffers. One Supreme Court justice believes these funds were used to fund anti-democratic protests

The ‘Chloroquine Brothers’ behind government-backed trials on unproven Covid drugs

The most important news about tech and innovation in Brazil

The Brazilian government's plans to privatize massive data handlers Dataprev and Serpro was criticized from the get-go, and now the process is set to face lengthy delays

Communications Minister promises 5G in São Paulo before year-end, even with delays

Brazil is finally on the home stretch in its long wait to auction off 5G frequencies. New delays have cropped up, but the government is confident that 5G implementation will begin before the end of the year

Researchers in Minas Gerais and São Paulo plan to use the influenza virus as a vector to provide immune responses against flu and Covid-19. Added funding will be needed to take the project to clinical trials

Last week's midterm primaries in Argentina delivered what was arguably the worst electoral defeat Peronism has ever suffered. But the problem goes beyond short-term woes

The government has delivered very little and has been a source of instability for the Brazilian economy. So what keeps market agents from turning on Bolsonaro?

Explaining Brazil #168: How to react to Bolsonaro?

Bolsonaro is threatening to disregard Supreme Court rulings from now on. So how should the political system react to a president who doesn't want to play by the rules?

In six days, pro-Bolsonaro supporters will stage demonstrations in multiple cities. The unfolding of Brazil's political crisis depends on how big the turnout will be

Explaining Brazil #166: Will Brazil have its own January 6 riots?

Many fear September 7 could be Brazil's own version of the U.S. Capitol riots. Given the local scenario, a similar movement could be bloodier

80 percent of Brazilians say coronavirus pandemic is under control

Bolsonaro’s son and his Agriculture Minister test positive for coronavirus

Brazil has long been a hotbed for coronavirus mutations and variants, but a new study shows just how quick the virus is changing and adapting around the country, making worrying reading for health experts

In protest against Covid restrictions on crossing into Guyana, residents of a Brazilian border town are blocking roads — and creating havoc

The story of Paraisópolis: a living example of Brazil’s inequality

While undergoing drastic transformations over the years, Paraisópolis serves as a living reminder of the country's dramatic inequality

Jean-Paul Belmondo: That Man From Brasília

Legendary French actor Jean-Paul Belmondo, who died this week at the age of 88, played an important role in showing off Brazil's brand-new capital city in the 1960s

A day in the life of a military interventionist

Forest regrowth can help compensate for carbon emissions from deforestation. But one new study argues Brazil isn’t doing nearly enough of it

Brazil set to be devastated by climate change

A new IPCC report shows how rising sea levels, floods, and droughts will impact the country if emissions continue to rise

Using data from the past 21,000 years, researchers have tried to predict the immediate effects of climate change on parts of Brazil's Atlantic Forest — the results are startling and a reason for concern

Congress is leading the charge to lift environmental regulations in the Amazon rainforest, continuing the work started by President Bolsonaro

Restoring pastures could be a boost to cattle farming in Brazil

The expansion of cattle farming in Brazil is often linked to deforestation, but a recent study shows that environmentally responsible practices could be a way to increase the sector further

Peronism is in crisis. But what exactly is it?

Peronism has long troubled foreign commentators looking for an easy way to describe it. Ideologically amorphous, it has been home equally to left nationalists and right-wing neoliberals

Unions up the pressure on Uruguayan President Lacalle Pou

Anger over hastily passed reforms has driven workers to the streets, with the president’s previously high approval ratings – driven by a good pandemic performance – taking a hit

Tough primaries were on the cards for President Fernández, but unprecedented defeat leaves him close to losing Congress

Watered down tax reform brings only temporary relief to Colombia

After mass protests four months ago, new reform shifts the tax burden onto other groups, but opposition remains unsettled

A return to “caution, serenity, and perseverance” in Brazil?

Inflation in Brazil seems out of control, but the government has one sliver of good news ahead: prices are set to slow down before the end of the year

Bolsonaro's 2018 stabbing is back in the public debate, thanks to a left-wing documentary making wild claims that the entire incident was fake

The former president left office under a cloud of unpopularity and corruption allegations but has made his way back into the public eye after helping President Bolsonaro smooth over his relationship with the political class. What's next for Mr. Temer?

With President Bolsonaro's firm anti-democratic messaging during the September 7 protests, it is imperative for the opposition to find solutions to stymie Brazil's autocratic slide