Once treated as a credible presidential contender, Sebastián Sichel's campaign is in freefall. Taking his place is José Antonio Kast, once described as Chile's answer to Jair Bolsonaro 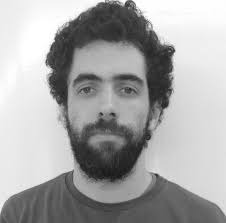 The presidential race in Chile is changing.

Previously, former Social Development Minister Sebastián Sichel featured as a strong competitor, cultivating an image as a center-right moderate strong enough to defeat the country’s burgeoning left wing. The strategy seemed to pay off initially, earning him a victory in Chile’s right-wing primaries and putting him second in early polls.

But now his candidacy looks to be collapsing fast.

Recent polls from a wide variety of consultancy firms show far-right wildcard José Antonio Kast climbing considerably to reach second spot, with Mr. Sichel falling to as far as fourth place in some...

The federal government has overseen a spate of "rapporteur-designated grants," allowing lawmakers to allocate public money to projects in their constituencies — and the data suggests these funds swung local election results

One of Bolsonaro's major support bases in the 2018 election were the heads of the Armed Forces. After years of strained relations with the president, challenger Sergio Moro is looking to win the hearts and minds of the military instead

With André Mendonça confirmed as the Supreme Court's newest member, will he be the "extremely evangelical" justice Bolsonaro was looking for?

Opposition lawmakers side with Bolsonaro to keep grant money a secret

Congress approved a half-hearted resolution, failing in its promise to provide transparency to secret budgetary grants allocated to lawmakers. Members of the opposition have benefited from these grants, and they broke ranks to vote with the Bolsonaro government

Between instructions to "go after" the Supreme Court and legal protections, the government went out of its way to defend far-right groups

Beef exports down 47 percent in November as Chinese ban continues

Vale recently promised a complete halt on mining adjacent to indigenous lands. However, the company has not kept its word

For the longest time, Brazilian football clubs have been private members' clubs with elected presidents. But a new law will allow them to become companies — and woo big bucks from the Middle East

This year's water crisis has laid much of the country's energy vulnerabilities bare, and the electricity sector is adamant that the 2022 election campaign must contain a broad debate on the industry's future

The passion for passion fruit goes beyond Brazil’s borders

Among Brazil's most-loved summer fruits, the country's passion fruits are also sought after abroad for their medicinal and cosmetic properties

Brazil is a signatory of the UN's Arms Trade Treaty, but data shows that the country's major weapons and munitions manufacturers are still selling arms to war zones and places with poor human rights records — and in astonishing quantities

The most important news in tech and innovation in Brazil. This week: labor shortages, instant payments, and taxes on the gig economy

The main news about tech and innovation in Brazil. This week: Rio's delivery app, data privacy, and Black Friday

This week. E-commerce is big in Brazil, but online shoppers still tend to be richer. The government makes the use of blockchain in documents official. Brazilian startup aims to become the ‘Apple of urban agriculture’

São Paulo Governor João Doria makes a push for 5G technology, as a way to beef up his résumé ahead of his party's primaries

Explaining Brazil #176: Will Chile get Kast away?

Seen as Chile's answer to Brazilian President Jair Bolsonaro, José Antonio Kast has been consistently rising in polls since early in September. Could he win on November 21?

A landowner had given up on raising livestock and planned to plant soy instead, purposefully starving his animals

Once a denialist, Bolsonaro now uses Covid to cancel Carnival

President Bolsonaro is using Covid-19 as an excuse to call for next year's Carnival to be canceled. But his reasons for doing so are less than noble, and expose massive hypocrisy

The 2021 edition of national university entrance exam Enem took place this weekend under a cloud, amid claims that the Bolsonaro government sought to censor "controversial" questions

Brazil ranked dead last in a study analyzing drug policies in 30 countries. However, while Brazil's approach to drugs is poor, it isn't for the reasons highlighted by the ranking

Over 19,000 people rescued from modern slavery in Brazil since 2010

A recent raid at a farm in Goiás rescued 166 people from working conditions analogous to slavery, including children and teenagers. Offending companies are put on a "dirty list"

The so-called Global Forest Finance Pledge will provide billions in funding to boost climate initiatives in developing countries, but there's no such thing as a free lunch for the Brazilian government, with Big Agro set to face changes

Brazil to unveil new, but unambitious climate goals at COP26

While the country's proposed new climate pledge raises emissions reduction goals, it does not go nearly far enough — and may even allow Brazil to pollute more

The legal battles between Cristina Kirchner and Mauricio Macri in Argentina

Both former presidents are at the heart of multiple criminal investigations, often for political reasons, with each side using corruption allegations as weapons against one another

Left poised to reclaim power in Honduras after 2009 coup

On the back of his induction into L'Académie Française, we look back at the life and career of legendary Peruvian writer Mario Vargas Llosa

Doubts over the fairness of gubernatorial races persist, but the opposition missed a chance to challenge Nicolás Maduro with it still riven by internal divisions

Brazil’s Central Bank is the world’s most hawkish. So why do inflation expectations keep rising?

Trying to hold down consumer prices, the Central Bank has been furiously increasing benchmark interest rates, in a trend unlikely to end any time soon. But pursuing unrealistic inflation goals could spell disaster

House speakers hold too much power in Brazil, and that’s not changing any time soon

Arthur Lira is among the most powerful figures in the country's politics. And he would have to sign off on any attempt to reduce his vast and often damaging influence

The Liberal Party is perhaps an odd choice for Jair Bolsonaro, given the party's reputation of corruption and political cronyism

Climate negotiations with Bolsonaro a lost cause