The concept of Brasília was born on April 4, 1955, in Jataí, a village with no more than 1,000 residents at the time located in central Brazil. Juscelino Kubitschek, or JK, then-candidate for the presidential election held that year, was questioned about his plan to develop the countryside. At that time, there was an immense abyss – much greater than the one that currently persists – between the modern coast, where most of the urban population lived, and the empty land in the center. “I will relocate the government and build a new capital,” said JK.

After that day in April, the new capital became a central talking point in JK’s political platform. He ran for president under the slogan “50 years in 5” – stating that his five years at the helm of the country would represent five decades of development. His most remarkable work by far is Brasília. It’s impressive that his administration was able to build a city from the ground up, in the middle of an empty plateau, in just three years (from 1957 to 1960). And it’s especially impressive if we compare this with the speed of São Paulo’s metro expansion. Line 4 alone took over 30 years to be inaugurated. 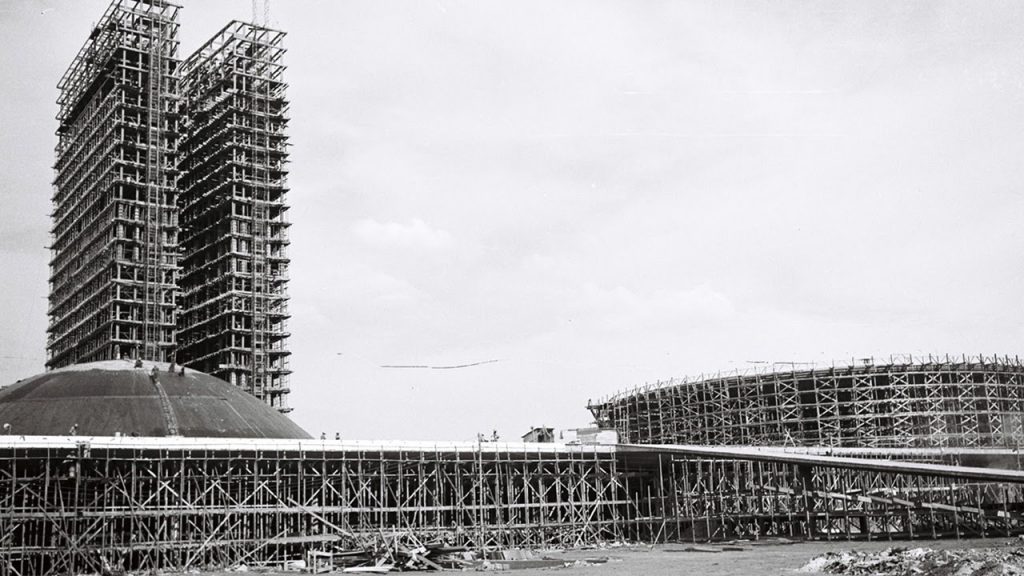 Brasília was conceived as a utopia – a city meant to oppose Rio de Janeiro, until then the capital, marked by colonial architecture. Brasília was going to be modern, drawn with clean lines, and everything planned out with lots of space. In 1987, this utopian urban design secured Brasília a spot on UNESCO’s list of World Heritage Sites.

But there’s one thing about our utopia that made it, well, less utopian: it cost a lot of money. If JK indeed pushed Brazil into modernity, his “50 years in 5” motto could also be applied to the growth of public debt and inflation. Brasília’s cost – in today’s values – amounts to something around $83 billion. In the 1950s, that equaled 10 percent of the country’s total wealth.

Brasília was planned and developed by Brazil’s top-notch professionals – architects Lúcio Costa and Oscar Niemeyer, as well as landscape architect Roberto Burle Marx. The city center is shaped after an airplane: wings are residential and commercial areas, while the fuselage is where government agencies, ministries, Congress, the Supreme Court and the Presidential Palace are located. 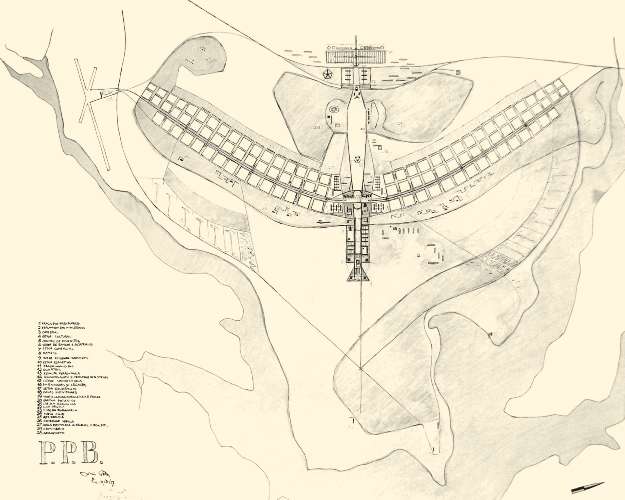 The capital is currently forming only its third generation of brasilienses, those who were born there. But although Brasília is still a young city, it’s not lacking in terms of personality. Actually, few cities in our country have produced a youth as critical and ironic towards the problems in our society as Brasilia’s. During the 1980s and 1990s, it was considered Brazil’s Rock Capital. Locals fight its reputation as a place for crooks – especially because most of the crooks operating there, a.k.a. our illustrious congressmen, come from other regions.

That youthful vibrancy is translated into how people relate to the city. “People from Brasília have had a relationship with urban space like never before,” says Carlos Madson, from the National Institute for Historic Heritage.

When Brasília was planned and built, the auto industry was a state-of-the-art symbol of modernity. And naturally, the city was planned to privilege transit by car. No subway system was planned before the late 1980s. In 2003, a bifurcating metro line was finally inaugurated, although it doesn’t operate very well. Public transportation is a major issue. As with many Brazilian cities, the capital suffers from bad administration and poor urban planning.

In JK’s mind, Brasília would be a city without slums, a place where different sectors of society would cohabit the same urban space. In that respect, his dream didn’t come true. Brasília’s city center – the plane – is an island of development, where the GDP per person is Brazil’s highest. A few dozens of kilometers outside, though, the poverty levels are striking. One of the most notorious favelas, just on the outskirts of Brasília, is located in a dumping ground for trash. In a way, Brasília epitomizes the inequality in Brazil.

So, just how does the Brazilian political system work?